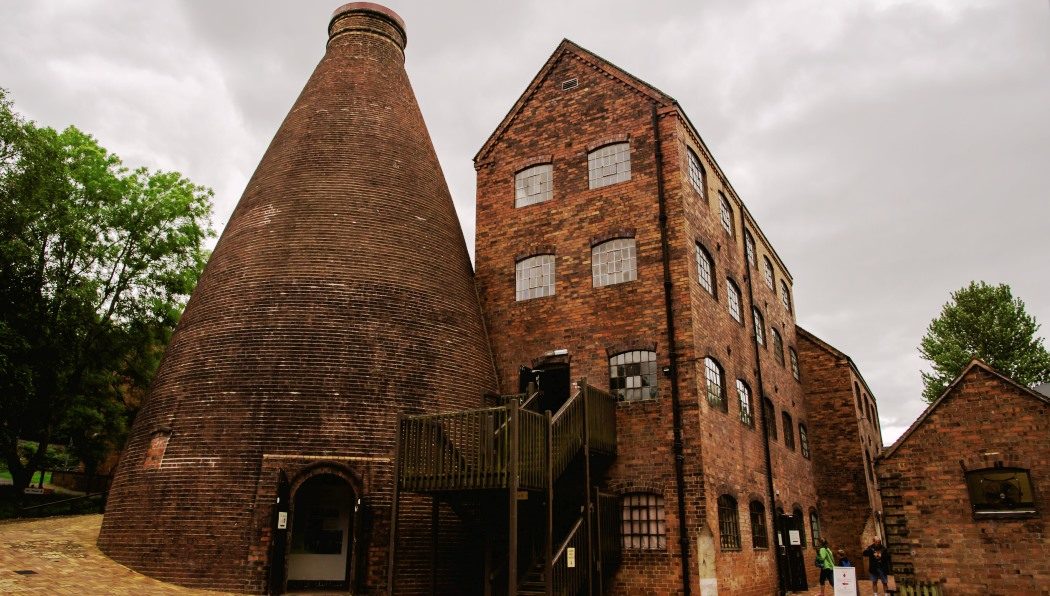 Staff at Shropshire’s Ironbridge Gorge Museum Trust are celebrating after securing a significant piece of china at auction for their collection thanks to support from the local community, charities and foundations

The successful bid of £14,000 means that the iconic Northumberland Vase, one of the largest pieces ever made by the Coalport China Company, will return to public display at Coalport China Museum in the coming weeks.

Made by the Coalport China Company, the large porcelain vase is adorned with elaborate handles, gilt scrolling, and beautiful panels painted by two of the best artists, not only at Coalport, but at any china works in Britain. It was created as an exhibition piece to advertise the superior quality of the company’s ornamental china and was showcased at the 1862 International Exhibition in London, where it won a bronze medal. The vase was subsequently purchased by the Duke of Northumberland and housed at Alnwick Castle. 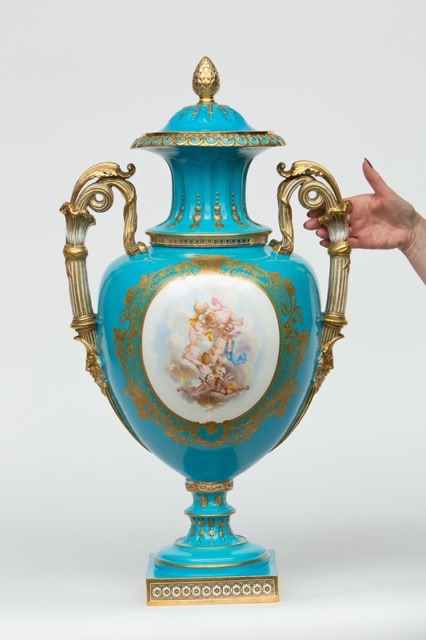 A fundraising campaign was launched in June appealing to the local community and grant making organisations for pledges to help the Trust purchase the Northumberland Vase at auction on November 3. The vase had been on long-term loan to the Museum, as part of the Pilkington Collection, until earlier in the year when the owner decided to sell the items.

It then became part of a wider also successful campaign in early August appealing for donations to help buy five significant pieces of Coalport and Caughley china, on loan to Coalport China Museum but now being sold by the owner.

The Coalport China Company was one of the finest producers of porcelain in Britain during the 19th century and the Caughley China factory, located in Broseley, produced some of the finest soft-paste porcelain made in England in the 18th century.

“While the Museum owns many examples of ornamental Coalport porcelain, none of the pieces in our collection compare to the size, quality and opulence of the Northumberland Vase,” Nicole Hermanns, Fundraising Manager at the Ironbridge Gorge Museum Trust. “The acquisition of this piece has greatly enhanced our nationally Designated collections. We are so grateful that the local community rallied behind our call to save this magnificent piece of Shropshire history – without their help, and that of the larger foundations, we may not have been able to bring the vase home to Coalport China Museum.”

The Museum Trust secured the Northumberland Vase with grants from a number of charities and foundations including the ACE/Victoria & Albert Museum Purchase Grant Fund, the Art Fund, the Worshipful Company of Art Scholars and its Trust, the Walker Trust, the Bostock Foundation, the Seven Pillars of Wisdom Trust and the Worshipful Company of Goldsmiths. These grants were supported with many pledges of financial support from members of the local community and other individuals interested in the appeal.

This further enhances the Ironbridge Gorge Museum Trust’s endeavour to keep the many objects within its collections displayed in their place of origin and the Northumberland Vase will now remain a key item in the Museum’s permanent, nationally Designated collections.