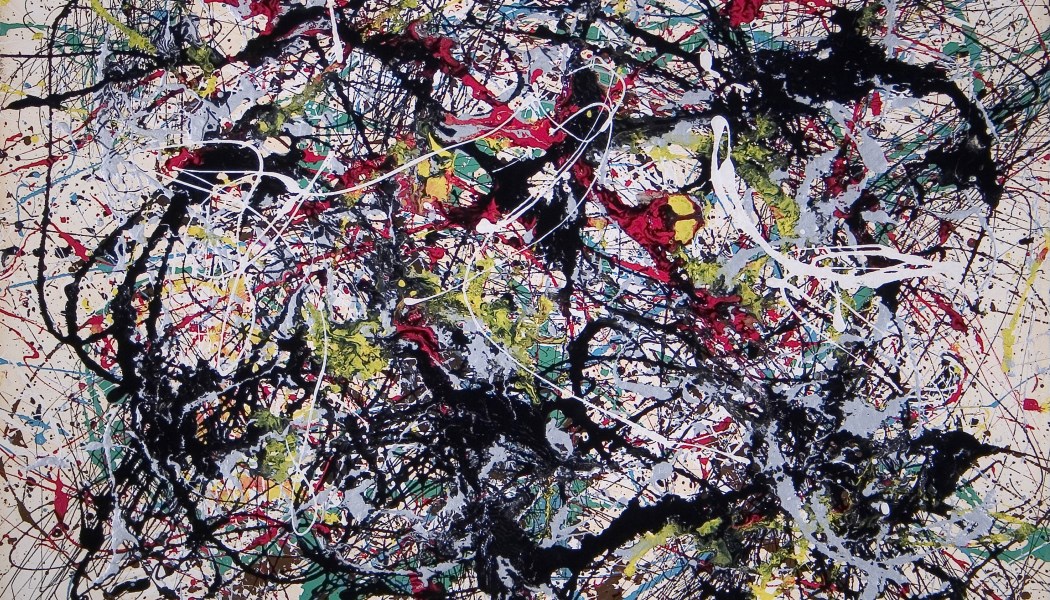 This summer Tate Liverpool presents the first exhibition in more than three decades to survey the late paintings of Jackson Pollock (1912-1956), made between 1951 and 1953; a phase of work referred to as his black pourings and a highly influential part of his career.

Jackson Pollock is widely considered one of the most important and provocative American artists of the twentieth century, whose work has made an immense contribution to abstract art. Pollock famously pioneered ‘action painting’ – a process that saw him dripping paint on canvases laid flat on the studio floor. Jackson Pollock: Blind Spots focuses on the latter part of the artist’s career, shedding light on a less known but extremely significant part of his body of work.

Jackson Pollock: Blind Spots will introduce audiences to the artist’s practice via a selection of his important drip paintings made between 1947-50 including Summertime: Number 9A 1948 (Tate) and Number 3, 1949: Tiger 1949 (Hirshhorn Museum and Sculpture Garden). Exhibiting works from the height of the artist’s fame set against his lesser known paintings will serve to demonstrate the radical departure represented by the black pourings. The exhibition offers the opportunity to appreciate Pollock’s broader ambitions as an artist and makes these fascinating later paintings readable as ‘blind spots’ in an otherwise intensely debated career. 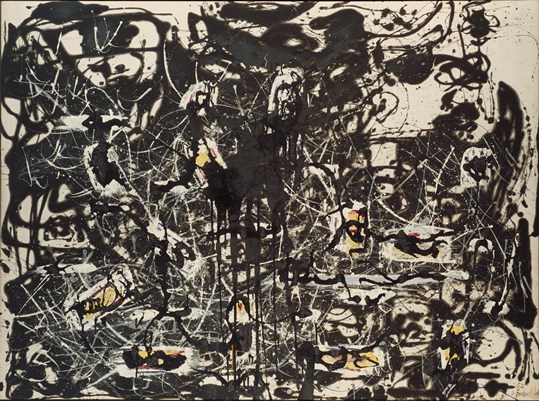 The black pourings, a series of black enamel and oil paintings, will be presented alongside unique works on paper and prints from the same period, which are regarded as his most important and productive output as a draughtsman. Also on display will be a number of virtually unknown and rarely seen sculptures, giving viewers the opportunity to reconsider his intentions as an artist

In 1965 art historian Michael Fried remarked that Pollock’s black pourings saw him ‘on the verge of an entirely new and different kind of painting … of virtually limitless potential’. After nearly four years of colourful, decorative, non-figurative paintings, Pollock felt compelled to return to the origins of his art. He needed to reinvigorate his practice during a personally difficult period in his life and the representational style of his black pourings, including the emergence of human figures and faces, signalled a major change of direction in Pollock’s style. His shift in technique also anticipated the arrival of colour field painting that followed in the mid-1950s to early 1960s; characterised by large areas of a more or less flat single colour it was found in the work of artists including Helen Frankenthaler, Morris Louis and Jules Olitski.

The black pourings were first exhibited at Betty Parsons Gallery, New York in 1951, with another collection shown at Sidney Janis Gallery, New York in 1952. Jackson Pollock: Blind Spots will be the largest gathering of these works in a public institution and the most significant showing since their 1980 presentation at the Institute of Contemporary Art, Boston. 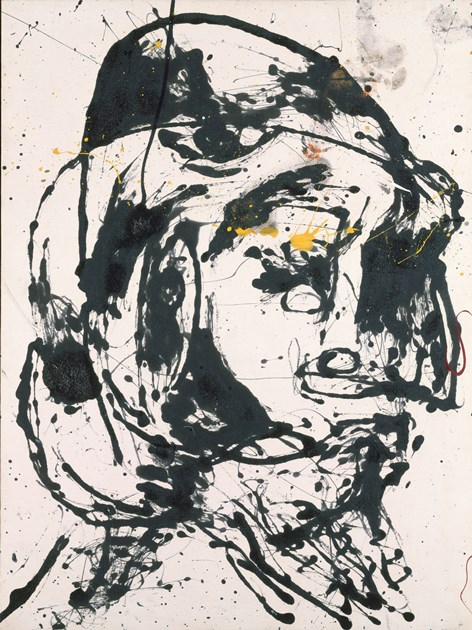 Jackson Pollock: Blind Spots has been developed in collaboration with The Pollock-Krasner Foundation. The exhibition at Tate Liverpool is curated by Hoffman Family Senior Curator of Contemporary Art at the Dallas Museum of Art, Gavin Delahunty (formerly Head of Exhibitions and Displays at Tate Liverpool) with Stephanie Straine, Assistant Curator, Tate Liverpool. The exhibition has been organised in partnership with the Dallas Museum of Art where it will be shown from 15 November 2015 – 20 March 2016.

Jackson Pollock: Blind Spots has been part funded by the European Regional Development Fund and will run at Tate Liverpool from 30 June – 18 October 2015