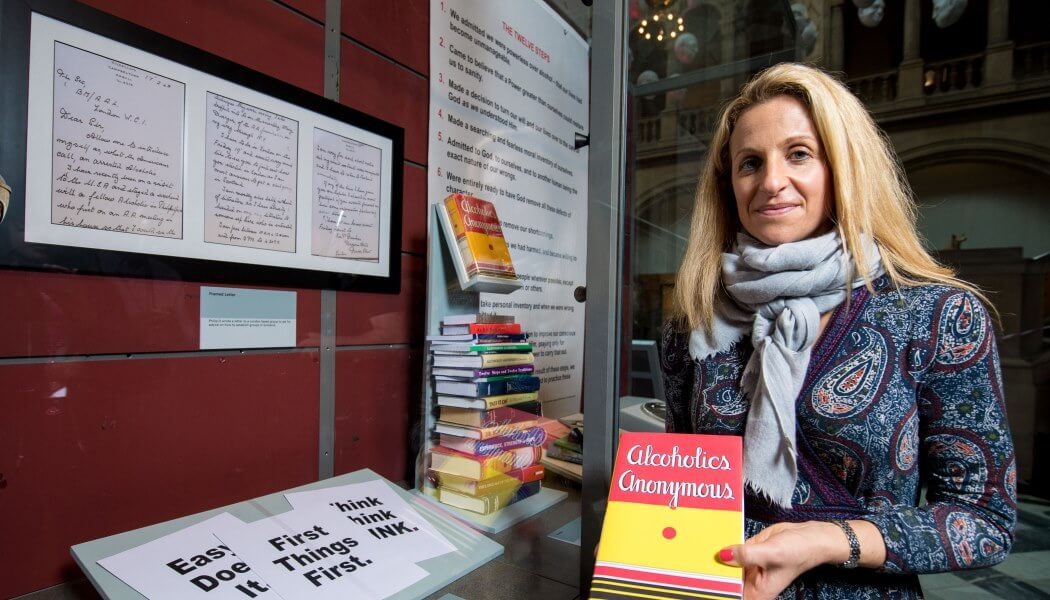 The world’s first museum display on Alcoholics Anonymous (AA) has opened in the community exhibition space at Kelvingrove Art Gallery and Museum, Glasgow

Darkness into Light: The story of Alcoholics Anonymous in Scotland has been curated by members of AA Archives Scotland and details the society’s history and ongoing work in the community, from its first meeting in Scotland in 1948 into a country-wide organisation that helps individuals affected by alcoholism. The exhibition contains famous photographs, significant documents and letters and newspaper clippings that chart the establishment and vital role undertaken by the group across Scotland today.

Central to the exhibition is Sir Philip Dundas who, after being introduced to the group in America, is credited as being the pioneer for establishing Alcoholics Anonymous in Scotland. The exhibition features a newspaper cutting from the Sunday Mail 22 August 1948 the first meeting of six men who met in a church vestry in Perth. Sir Philip continued to travel throughout the country and in 1949 a group in Edinburgh and Glasgow registered with the Alcoholics Anonymous General Service Office in New York. 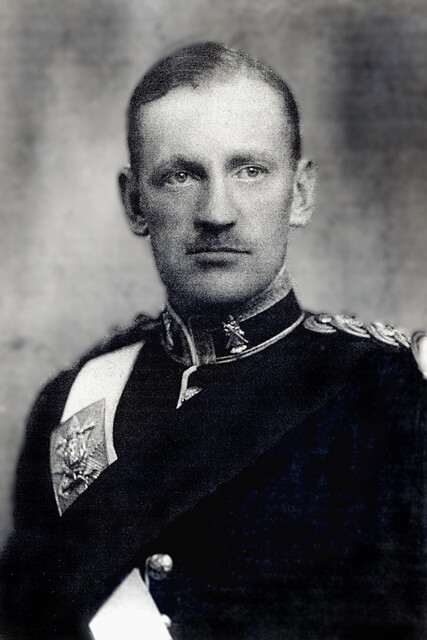 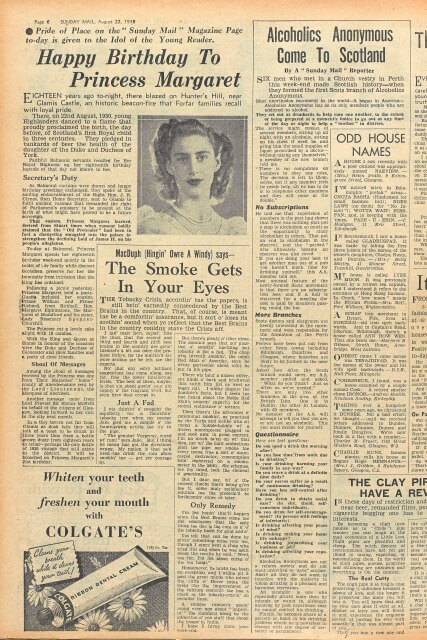 “Glasgow is proud to host the world’s first museum display on AA, as confirmed by Alcoholics Anonymous World Services, New York,” siad Councillor David McDonald, Chair of Glasgow Life. “It is a great privilege to be part of it. We hope it will inform people of the group’s worthwhile work and, for those who may need it, act as a signpost towards the help which is available.”

The exhibition also includes trophies and two banners detailing the AA’s 12 Steps programme and 12 Traditions. There is a first edition copy of ‘The Big Book’, which details these 12 Steps and was first published in 1938 it has sold more than 35 million copies and been translated into 68 languages.

“AA does incredible work in every community in Scotland and as a member I’m honoured to have helped put this exhibition together,” said Martin B, member of AA in Scotland. “I hope anyone who sees it and who feels they could benefit from going to a meeting, will take that first often daunting step and go along. I’m delighted to see the display open in such a prestigious building as Kelvingrove and whilst it is dedicated to alcoholics worldwide, particular recognition and thanks must go to the late Jimmy M whose vision made it possible.”

Darkness into Light: The story of Alcoholics Anonymous in Scotland is open now in the community exhibition space on the first floor of Kelvingrove Art Gallery and Museum and runs until 18 January 2018.