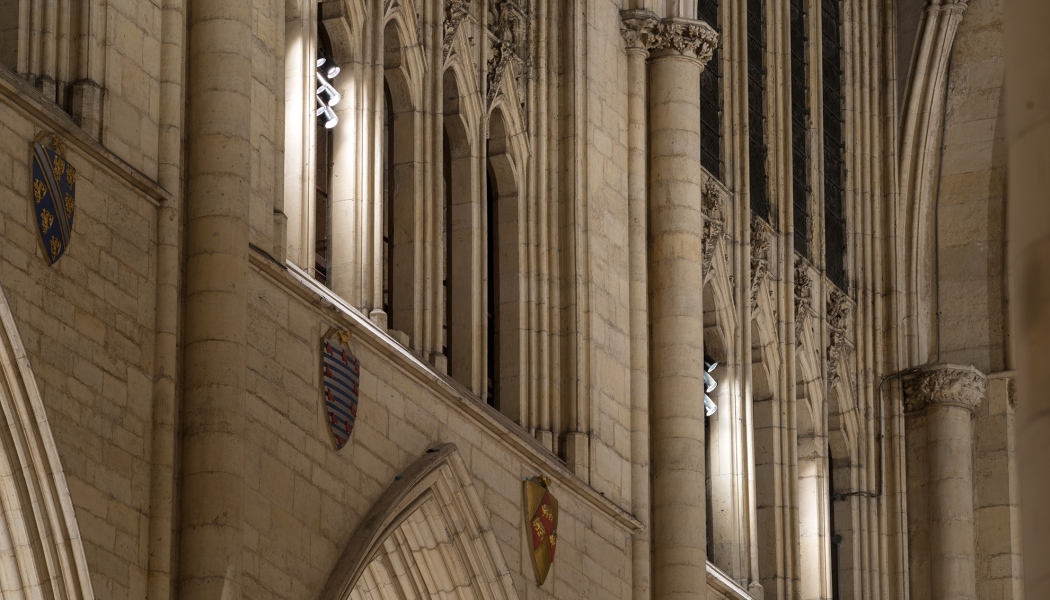 The statue and accompanying exhibition detailing its creation will be seen this week by the King and Queen Consort during a visit.

King Charles III is set to visit York Minster this week with his Queen Consort and unveil a statue of his late mother Queen Elizabeth II, commissioned to honour her.

The two-metre statue was created by stonemason Richard Bossons and is a design which was chosen by the Queen herself.

The statue will sit in a niche on the Minster’s west front, where it was originally intended to honour the Queen in her Platinum Jubilee year. It was due to be revealed in September but was postponed as a mark of respect for the period of Royal Mourning.

The statue is one of a number of projects emerging from the York Minster Neighbourhood Plan and funded by the York Minster Fund (YMF). The YMF was established in 1967 in response to the threatened collapse of the Central Towe and has been raising money for a range of projects.

On arrival, York Minster’s bells will ring out for the King and Queen Consort and they will be welcomed by the Archbishop of York Stephen Cottrell, the Acting Dean of York, Canon Michael Smith and members of the Chapter of York.

The couple will attend a short service of prayer at the Minster and then unveil the statue which will be blessed by the Archbishop.

At a new exhibition, The King will meet the designer and carver of the statue, Richard Bossons, and his assistant Rita Dawe.

The new exhibition documents the creation of the statue from concept through to the finished work of art.

The visit is part of a two day tour of Yorkshire which will see the Royal couple in Leeds, Bradford and Doncaster.

Archbishop Stephen said: “The presence of The King and The Queen Consort at York Minster, in the heart of the city of York, for this wonderful and unique occasion is an immensely poignant moment. But this is also a joyful day as we honour the long life and service of Her Late Majesty Queen Elizabeth to her people, her nation and the Commonwealth.”

Lord Mayor of York, Councillor David Carr said: “That His Majesty King Charles III has chosen to visit this historic city so early in his reign is a great honour for York. We hope that this day, which I am certain will combine great joy at his presence and proud reflection on the great service and legacy of his late mother, Queen Elizabeth II, will be the first of many visits by him to this great city.”