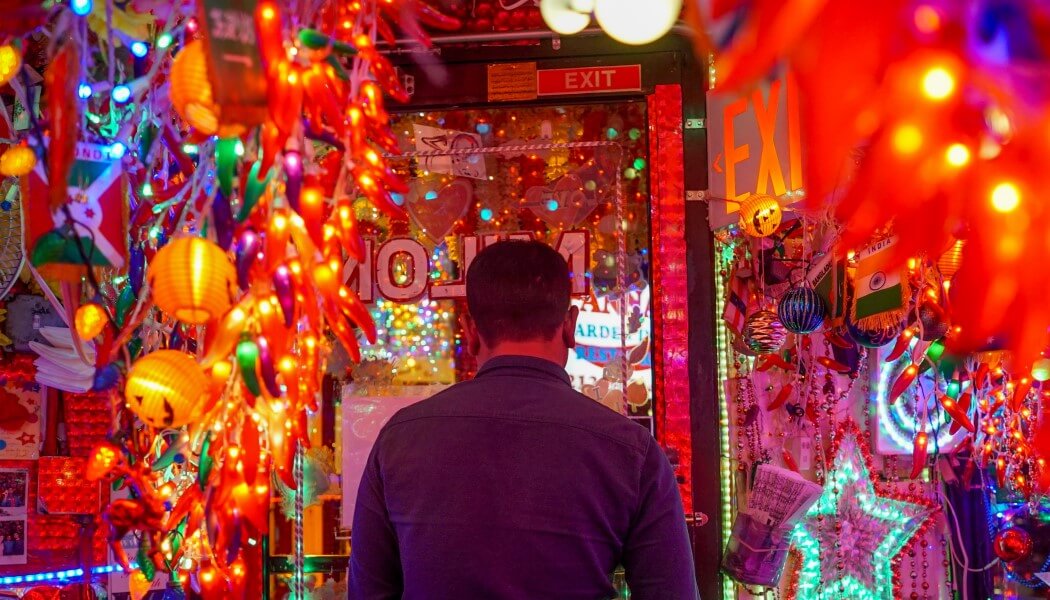 Knights of the Raj exhibition moves from Birmingham to New York

By Adrian Murphy. Main Image: Richard Baddeley from Soul City Arts at the Knights of the Raj NYC exhibition at the Museum of Food and Drink. Photograph by Nicole Lebenson Angulo for MOFAD
Share

Following its successful launch at Birmingham Museum and Art Gallery last year, Knights of the Raj, an exhibition that documented the story of how the Bangladeshi community helped introduce curry to the UK’s second city and the wider UK, has transposed to New York

Knights of the Raj NYC is currently on display at the Museum of Food and Drink in Brooklyn and takes up the story of the Bangladeshi community in New York who, like their counterparts in the UK, were instrumental in bringing curry to a nation.

New York is home to half the 60,000 Bangladeshis estimated to live in the US (Birmingham has 35,532) and Knights of the Raj NYC brings an immersive arts experience that captures the trials and tribulations of the first immigrants and their descendants.

Artist and curator, Mohammed Ali, MBE, told M+H Advisor last year, while the exhibition was running in Birmingham, that he had plans to expand the story to New York and along with his community organisation, Soul City Arts, he has teamed up with the Hip-Hop nonprofit Words Beats & Life to present a reimagined, multi-site version of Knights of the Raj throughout New York City. 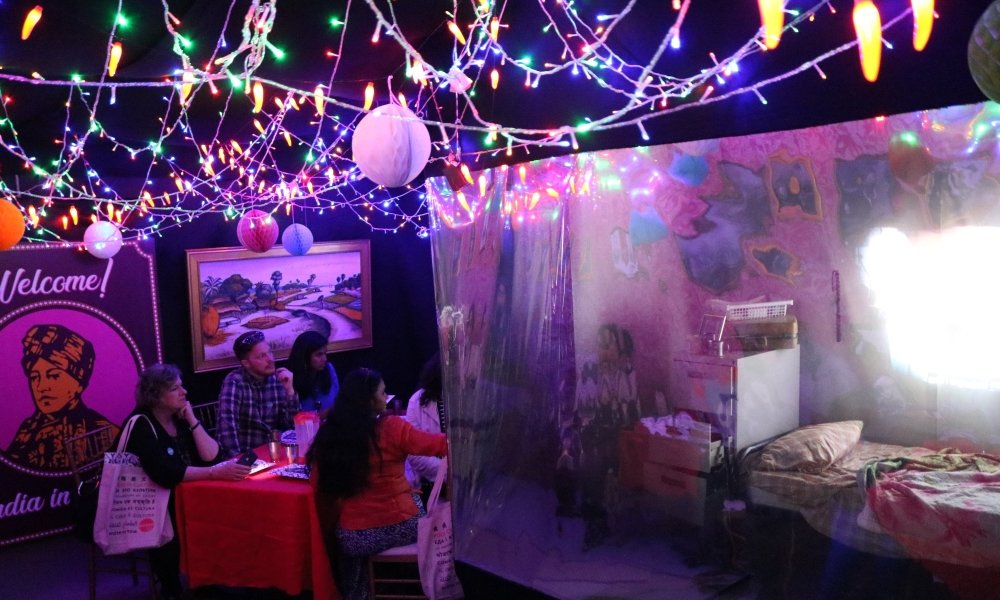 Knights of the Raj NYC takes the story of the Bangladeshi community and curry from Birmingham to New York with new objects and experiences from the US. Photograph by Nicole Lebenson Angulo for MOFAD.

As a second generation son of an immigrant Bangladeshi man who was a waiter and then restaurant owner from the late 1950s, Ali found that the rich stories of men like his dad and subsequent generations would often go untold, which was the inspiration for the exhibition and the reason for bringing the narrative into museums.

“My journey started in Birmingham, the city I was born and raised in, where curry is king,” he said. “In New York I have found similar narratives of early Bangladeshi migrants who established curry houses outside of the UK. New York has a similar story of dreams, hopes and struggles. I also had family there and went on a similar quest across the ocean to unravel the stories around this community.”

The New York exhibition offers new and personal narratives collected directly from Bangladeshi migrants and reveals emotional tales of their quest for the American Dream. There is a walk-in diorama along with objects and select furnishings from NYC’s Bangladeshi migrant community, one of the fastest growing Asian American sub groups in the US, and a three-course sampler menu of Bangladeshi food. 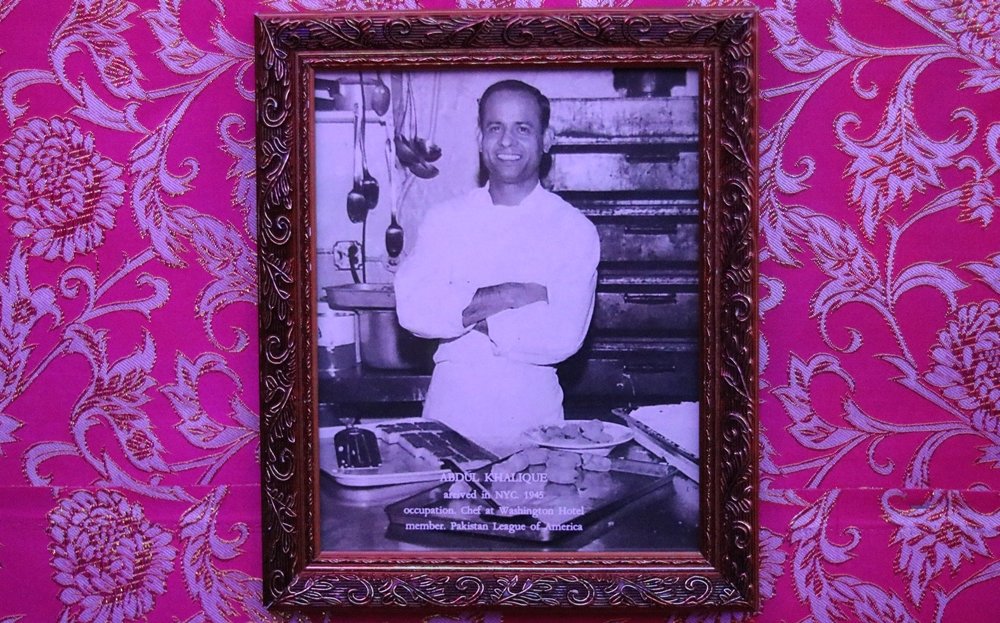 Abdul Khalique, chef at the Washington Hotel who arrived in NYC in 1945. Photograph by Nicole Lebenson Angulo for MOFAD

Knights of the Raj NYC is part of a two-year initiative and has received generous support from the Doris Duke Foundation for Islamic Art and the National Endowment for the Arts, and support from Jhal NYC, Bengali Harlem, and Vivek Bald.

Ali said the project has the potential and right formula to continue and that telling the story of the Bangladeshi community through food was ‘an incredible way to connect people and has got all cultures thinking.’

Knights of the Raj NYC runs at the Museum of Food and Drink until 5 August.

Knights of the Raj on M+H Advisor