With a commanding location on the Helsinki waterfront the prize for the eventual winners will be to design a new £83 million Guggenheim Helsinki art museum.

Although the finalist have been named, they have not been identified with their projects, so as to continue the competitiveness through to Stage Two following on from the first phase where all entrants’ projects were published anonymously.

The designs concepts for Stage One, reported in M+H Advisor in October, were posted on a dedicated website with images forming a huge collage of entries that attracted more than 200,000 views in the space of a month. 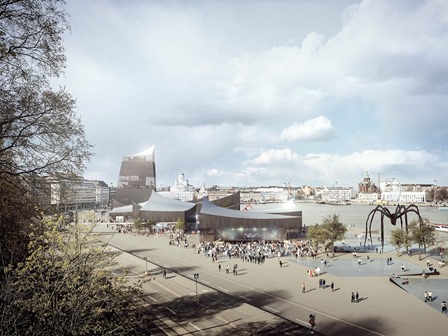 These finalists buck the trend set by the Solomon R Guggenheim Foundation for sticking to internationally-known architects such as Frank Lloyd Wright, who designed Guggenheim Museum, New York and Frank Gehry designing both the Guggenheim Bilbao (1997) and the under-construction Guggenheim Abu Dhabi.

“As we saw from the unprecedented response to Stage One of the competition, this open, independent process has brought to Helsinki exciting, innovative design ideas from all over the world,” said Richard Armstrong, Director of the Solomon R Guggenheim Museum and Foundation.

“The jury has chosen six deeply thoughtful design approaches, each of which opens extraordinary possibilities for a Guggenheim in Helsinki and asks us to imagine what a museum of the future can be.

“We are excited to see the finalists develop the potential of their visionary designs further.” 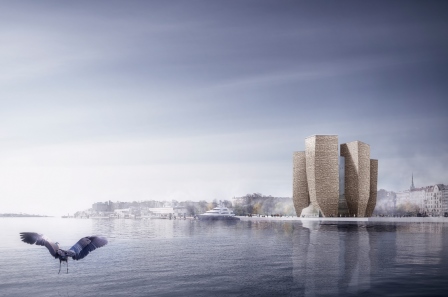 The competition jury was selected by the Guggenheim, the State of Finland, the City of Helsinki, and the Finnish Association of Architects (SAFA).

Mark Wigley, Professor and Dean Emeritus of the Graduate School of Architecture, Planning and Preservation of Columbia University, serves as chair and in a joint statement the panel said: “The single theme, which linked the chosen six, and united the jury, was the impulse to expand the idea of what a museum can be.

“How can this new museum create a vital, meaningful, public, and intellectual presence within Helsinki? Which of these concepts will develop so that they bear comparison with the city’s architectural exemplars?” 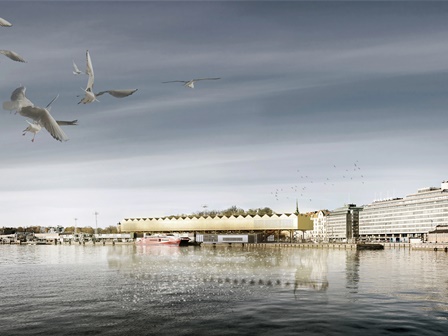 Helsinki mayor Jussi Pajunen said it had been a great honour for Helsinki to be the object of such an overwhelming global interest in terms of the architectural competition.

“The designs provide a good understanding of the vast potential that the South Harbor site holds.

“I am also excited about the lively discussion regarding the role of design and architecture in city development around the competition.”

The shortlisted designs will be exhibited publicly in Helsinki in the spring of 2015, while architect firms develop their ideas further and produce physical models before a winner is announced in June.

The project has not yet been given a start or completion date. 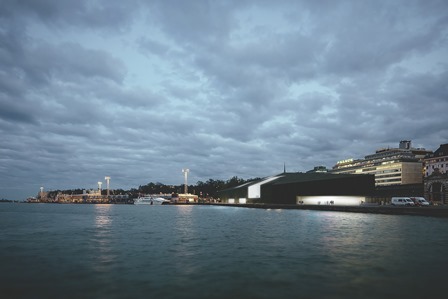 Finalist: GH-5631681770
“Museums have changed from institutions where information was directed in only one way: towards the viewer into institutions that are increasingly creating conversations with the viewer.
“We need a really radical change in how people use museums now.
“We propose a new Experience not only for the visitor, but for the Citizen.
“A critical shift from the idea of a building as a static object to a building that can accommodate the flux of daily life, the life of Street Art.”