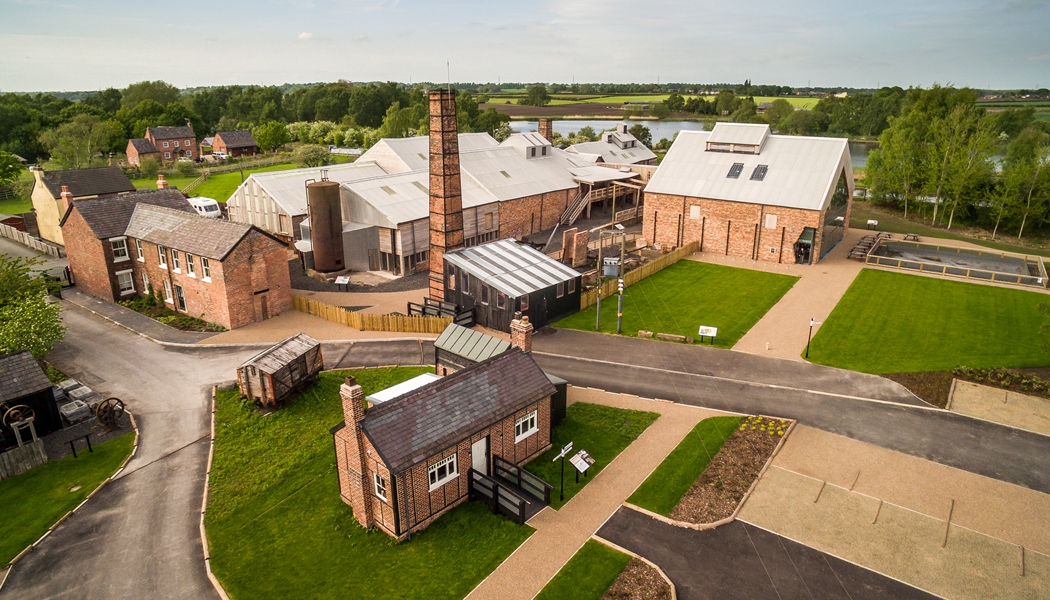 The museum, which opened last June, received almost 6,000 votes to be named the UK’s Best Heritage project in this year’s National Lottery Awards – the annual search to find the UK’s favourite Lottery-funded projects

Lion Salt Works opened after a 30-year campaign to save the UK’s last open pan salt making site in Cheshire. A four-year restoration, part funded by a £5.2m HLF grant has turned a dilapidated structure into a museum, preserving a key part of the country’s industrial history through interesting and fun displays, including a light and sound show and in May it won the Restoration category at the Museums + Heritage Awards.

In December the European Route of Industrial Heritage (ERIH), a network of the most important industrial heritage sites in Europe, visited the newly restored Lion Salt Works Museum in Cheshire and praised its meticulous restoration and refurbishment by unveiling a new ERIH plaque, showing the Museum’s continued status as an ERIH Anchor Point.

“This is a hotly-contested national award and it is an understatement to say we are delighted to win it,” said Coun Louise Gittins, Cabinet Member, Communities and Wellbeing, Cheshire West and Chester Council. “I believe the museum has won this award because of the infectious enthusiasm of its staff, volunteers, trustees and the way their passion has engaged the local community and all who visit the museum. Many thanks to The National Lottery and its players who have helped make this possible.”

The museum wins a £3,000 cash prize, an iconic National Lottery Awards trophy and will attend a star-studded awards ceremony, The National Lottery Stars, broadcast on BBC One on September 12.

The other finalists were The Forever Project – keeping their stories alive at the National Holocaust Centre in Nottinghamshire, London Transport Museum’s Battle Bus, the restoration of Lido Ponty the National Lido of Wales, The Playhouse Theatre, Derry, the Slave Trade Legacies: The Colour of Money and Ceòlas Uibhist an annual week-long music and dance school which preserves and celebrates Gaelic heritage in South Uist an island of the Outer Hebrides in Scotland.

Well Worth its Salt – Lion Salt Works, Cheshire Opens to the Public