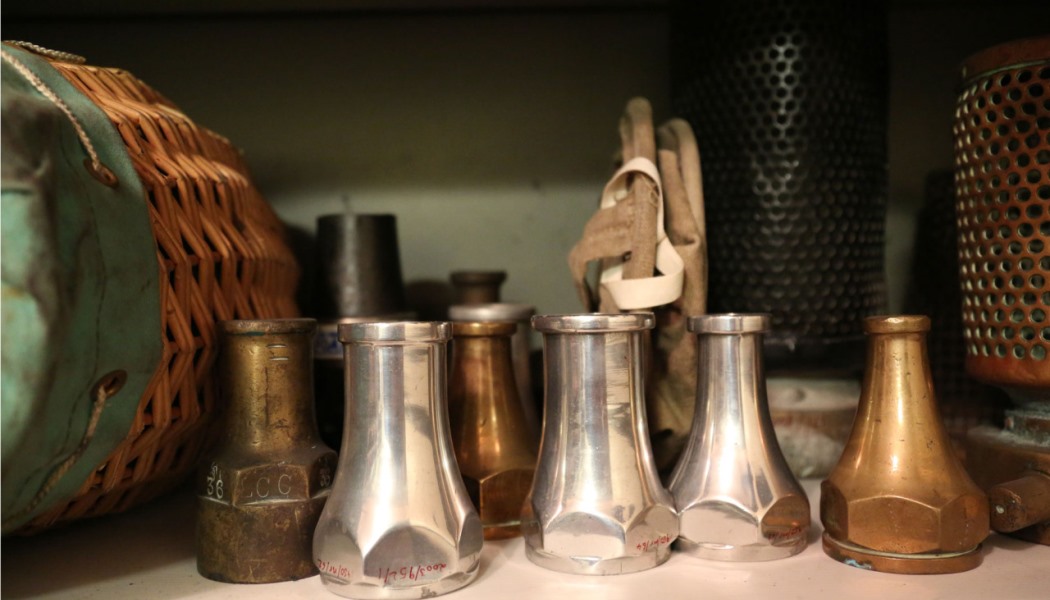 More than 20,000 fire-related objects, some dating back to the Great Fire of London, are being packed away in preparation for the London Fire Brigade’s new museum opening at the Brigade’s former headquarters on Albert Embankment

The London Fire Brigade Museum artefacts include more than 400 tunics and pairs of trousers, around 350 helmets and eleven vintage fire engines, which had to be hoisted onto special flat-bed trucks. Over the past month the majority of the museum’s artefacts at Southwark Bridge Road, which date back to 1666, have been packed away for safekeeping until a new permanent museum is built. Items from the Great Fire include artwork from the 17th century, leather buckets, and a water squirt that was used to put out fire.

The museum was based at Winchester House, which was home to the Brigade’s first Chief Officer, Captain Sir Eyre Massey Shaw in the 19th century, since 1966 but closed its doors to visitors in September 2015 following the sale of the site.

Plans are now in place for a new museum based at the former headquarters at 8 Albert Embankment – the original home of the museum prior to 1966. It will be part of the Brigade’s work with its developer partner, U and I Group Plc on a major multi-million pound redevelopment scheme. The plans will also see an upgrade to Lambeth fire station and a brand new community hub within the next three to five years.

“It’s been a huge challenge to pack up the museum’s rich and varied collection of London Fire Brigade history. It’s certainly the end of an era moving out of Winchester House,” said Museum curator, Jane Rugg. “However, in the Brigade’s 150th anniversary year, we are very excited about the future of the museum. Rehousing the artefacts in a purpose-built space will provide us with an opportunity to modernise our exhibits, host more school visits and encourage families to come and learn about our history and its influence on the work of the fire brigade today and the importance of fire prevention. This is a key part of our community safety work.”

Legal stages now need to be completed to formally appoint U+I. Once complete, Brigade officers and the developer will continue to work with local planners, residents and other stakeholders, to prepare a planning application for this site, which has been designated a major development opportunity by the London Borough of Lambeth.

While awaiting a new permanent museum there are opportunities for the public to view the Brigade’s history with temporary exhibitions being held across London. For more information sign up for the London Fire Brigade Museum’s mailing list.