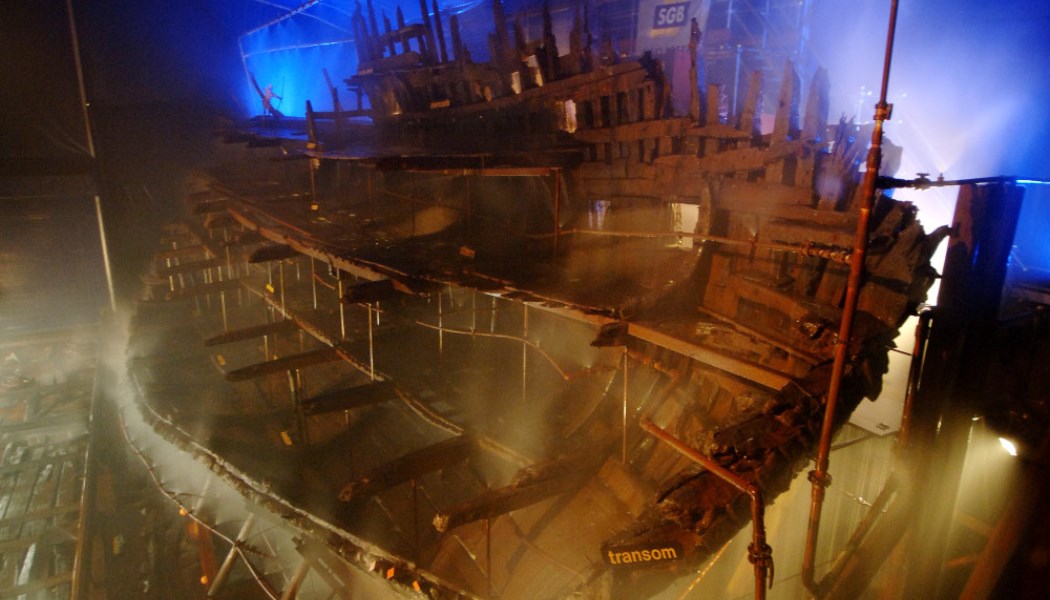 The Mary Rose Museum, Portsmouth Historic Dockyard will reopen to the public after significant redevelopment that will show the Tudor warship in all its glory for the first time in 23 years

Visitors will now breathe the same air as Henry VIII’s famous battleship in the new look Mary Rose Museum that provides stunning panoramic views of the ship from all nine galleries through floor-to-ceiling glazing on the lower and main decks.

On the upper deck visitors enter the Weston Ship Hall via an airlock and are separated from the ship only by a glass balcony.

Visitors will be given a spectacular new visual display that completely brings the ship to life, with the ‘crew’ seen moving around the decks with cutting edge technology enabling then to see what life on board the ship was like.

“It had previously been sealed in an isolated hot box with a mirror image of its artefacts. But there were only little port holes into the Mary Rose so it was hard to relate the artefacts to the ship,” said Helen Bonser-Wilton CEO of the Mary Rose Trust. “When people see it now there is a real intake of breath. You are taken aback by its size. Basically the whole museum is set up as a mirror with the artefacts on one side and the ship on the other with specially made galleys measured out to exactly the same height as the ship so you can see where the objects would have been on the ship.” 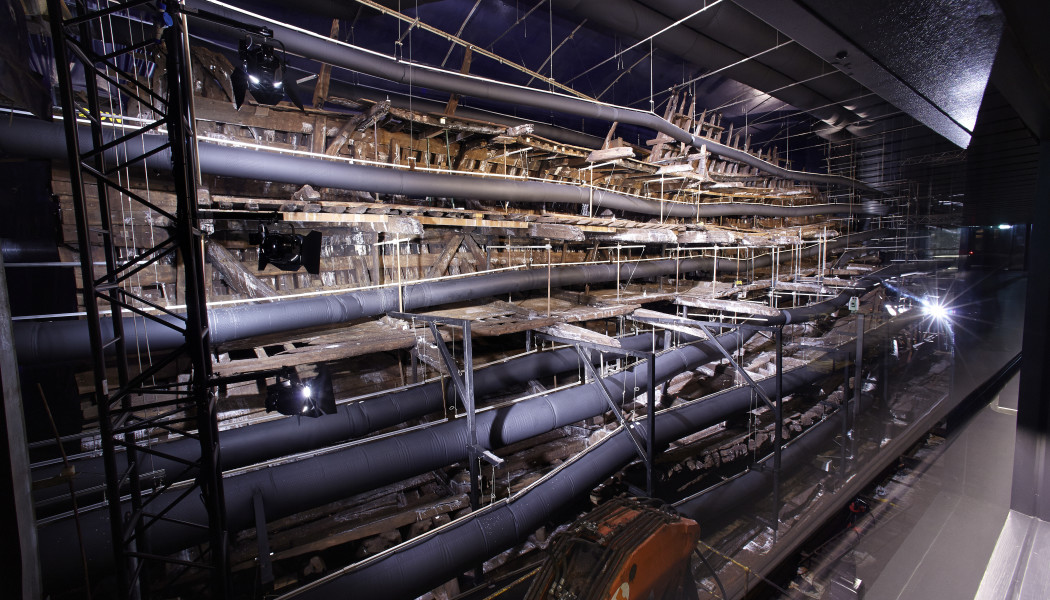 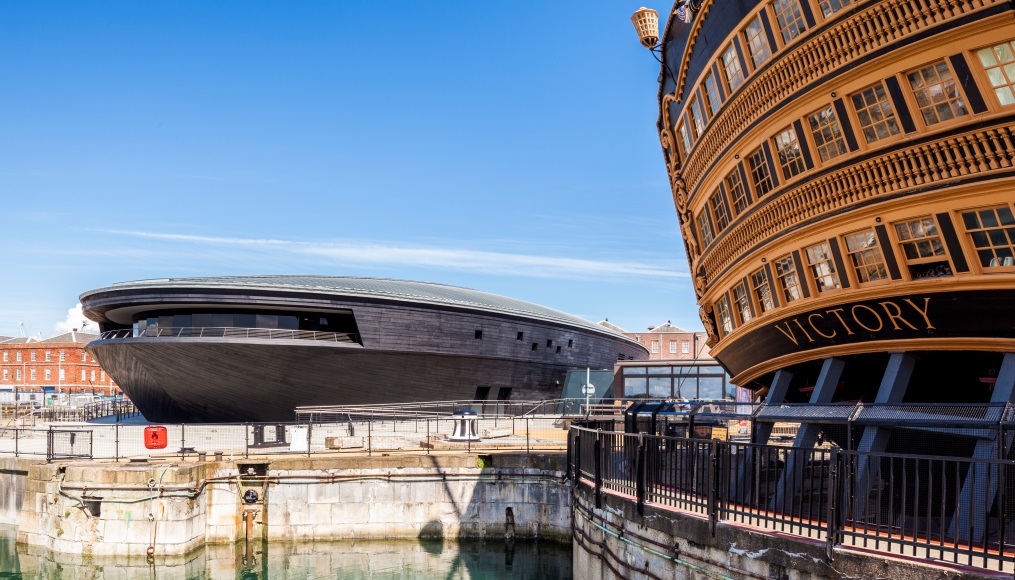 Bonser-Wilton says that the Mary Rose remains the single largest underwater excavation in the world and you would struggle to find a shipwreck with so many artefact.  She says this is the key to the understanding of the ship as visitors get a snapshot of daily and professional life with, for example, a carpenter’s tools, his prayer book, nit comb and backgammon set. “This is a realisation of their significance as a whole together.”

The Mary Rose is a unique Tudor time capsule that has been undergoing continuous conservation since she was raised in 1982.  The hull was first sprayed with a mist of fresh chilled water and then with a water-soluble wax from 1994 to April 2013 when the Mary Rose entered a stage of controlled air-drying. The hull has now reached a stable state within this drying process, which means all the black drying ducts (as shown below), which provided the environment and conditions around the ship, have been removed giving a completely clear and uninterrupted view.

“We are continuing to dry at a more gentle level as different timbers dry at a different rates and as wood shrinks as it dries we have been monitoring this movement and have created a 3D model through digital scans to see how the structure has moved so we can support deck and keep it in good shape in the future,” said Bonser-Wilton

The Museum said it was extremely grateful to the many generous supporters that have contributed to the entire £39 million project, including, in total, £26 million from the Heritage Lottery Fund.

“The funding has been phenomenal, without HLF it wouldn’t have happened and Garfield Weston Foundation, which we have named the Weston Ship Hall after.”

The story of The Mary Rose in numbers

The Mary Rose won the Museums + Heritage Awards for Excellence in Restoration/Conservation for the first phase of this project back in 2014. Read more about the project here.