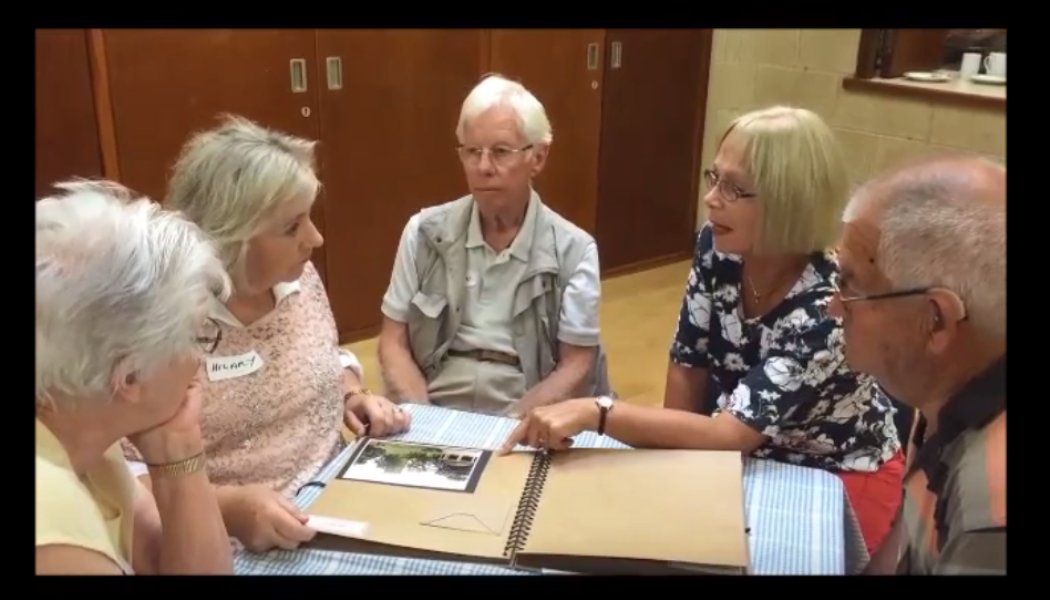 The Almonry Museum is preparing to roll out a selection of photography albums it has created for use by community groups, including Alzheimer’s Society, and Museums + Heritage Advisor paid a visit to film the first showings of the albums at a dementia café in the town

The Almonry Museum won the Museums + Heritage Show Prize Fund of £1,000 in May to fund the project

The Almonry in Evesham, which is housed in the 14th century former home of the Almoner to a Benedictine Abbey in the town, wanted to use its photography collection to contribute to Evesham becoming a dementia friendly town.

At the Museums + Heritage Show in May, The Almonry won the annual £1,000 Show Prize to support the project, which meant the albums were of better quality and old photos were professionally enhanced.

The photographs show Evesham people and places dating back more than a hundred years ago and up to the turn of the 21st century. The first three albums were shown at an Alzheimer’s Society Dementia Café last month with great interest shown by members. A total of 30 albums will be produced, with seven now completed, for further use with the Alzheimer’s Society and other organisations including the Stroke Association.