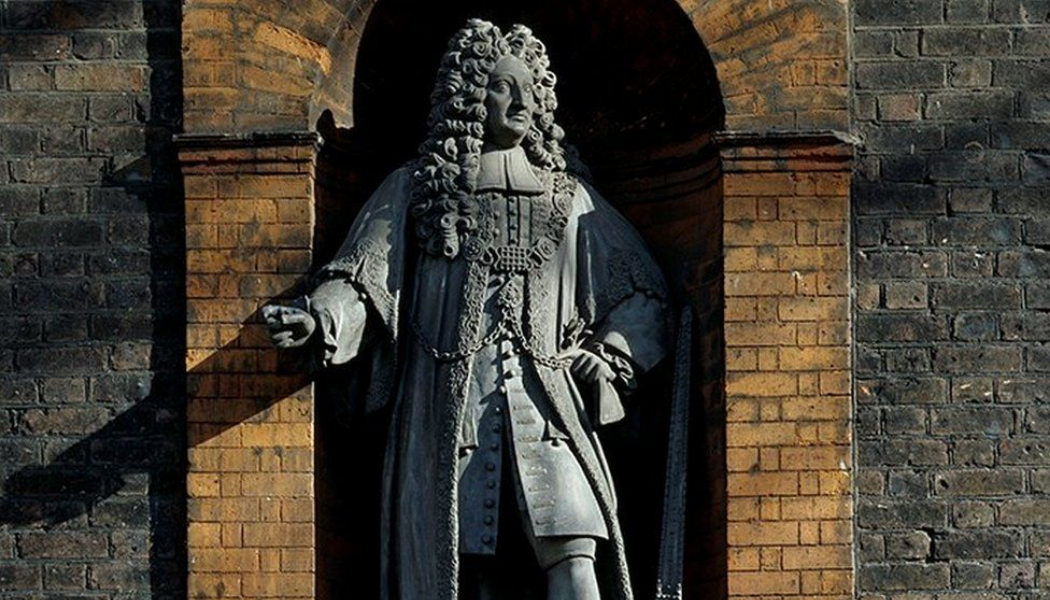 Image: The Geffrye Statue at The Museum of the Home
Share

The statue of Robert Geffrye could be added to a recontextualised exhibit following a public consultation if legislative standards are met.

A statue of Sir Robert Geffrye which currently sits atop a building at the Museum of the Home could be moved to a less prominent area if plans go ahead, the museum has announced.

The buildings were sold to the London County Council in 1911, who opened the then Geffrye Museum in 1914.

The statue of Geffrye was first placed on the building to acknowledge his donation to the creation of the almshouses, and is not connected to the founding of the Museum or its collections.

Following research and a public consultation in July 2020 – which saw 2,000 votes conclude in favour of its removal – the Board of Trustees decided to retain the statue, taking into account the government’s position to ‘retain and explain’.

Exterior of the Museum of the Home from Kingsland Road. The statue is beneath the clock, above the door. © Jayne Lloyd

When the Museum reopened in June 2021, a panel at ground level was installed beneath the statue with a brief overview of who Robert Geffrye was and acknowledgement that the statue is a subject of intense debate.

The Museum of the Home has now said that the statue’s current positioning at the front of the Museum’s buildings “does not promote the sense of belonging that is so important for our visitors, and fundamental to the Museum’s values.”

It has announced plans to move the statue, in line with the development of a curatorial programme to explain and contextualise the history of the buildings and Robert Geffrye’s life, including his involvement in transatlantic slavery.

Its programme will explore themes of migration, race and identity in the context of ‘home’, which it said will approach “the uncomfortable truths of the origins of the Museum buildings”.

The process will have to take into account existing legislation about the movement of statues,  Listed Building Consent as a Grade I listed building, and anticipated additional guidelines from the DCMS on heritage.

“We have a responsibility to act against injustice, and this includes confronting the legacy of colonialism and transatlantic slavery within our own history,” the museum said on its website.

While closed, information and displays have been reinterpreted at the museum’s Almshouse 14 building to further explore the Museum buildings’ connection to Geffrye ahead of a public reopening in Spring 2022.

The ‘Principles for Change’, written by broadcaster Trevor Phillps OBE, sets out a formalised process to follow when a museum – or public body – considers changes to the public display and re-interpretation of history.