Three major donations have been made to the museum in support of its move to the new West Smithfield location.

The Museum of London has announced three major donations totalling £7 million, bringing the museum’s funding close to the initial £40 million target for the move to its new General Market location.

The £7m funding comprises capital from The Garfield Weston Foundation (£5m), The Schroder Foundation and Family (£1m) and the Wolfson Foundation (£1m), which will be used for the creation of the museum’s new location at West Smithfield.

The museum – to be renamed The London Museum – will acknowledge the support of The Garfield Weston Foundation by naming a permanent gallery The Weston Gallery, which will be the home of Physical City and City Machine.

The Schroder Foundation and Family have made its £1m donation in memory of Bruno Schroder. Its support will be associated with one of the chapters which form part of the immersive chronological Past Time galleries.

The Wolfson Foundation grant will be acknowledged in the museum’s new, immersive themed gallery about the Great Fire of London.

The three donations come as the museum has finished restoration work on the external facades of the almost 150-year-old General Market; part of a plan to conserve the building’s historic fabric, originally designed by Sir Horace Jones.

Internal works to the General Market building are now progressing, with excavation completed on the site’s former Salt Stores and Vaults to create trenches for ventilation and services. 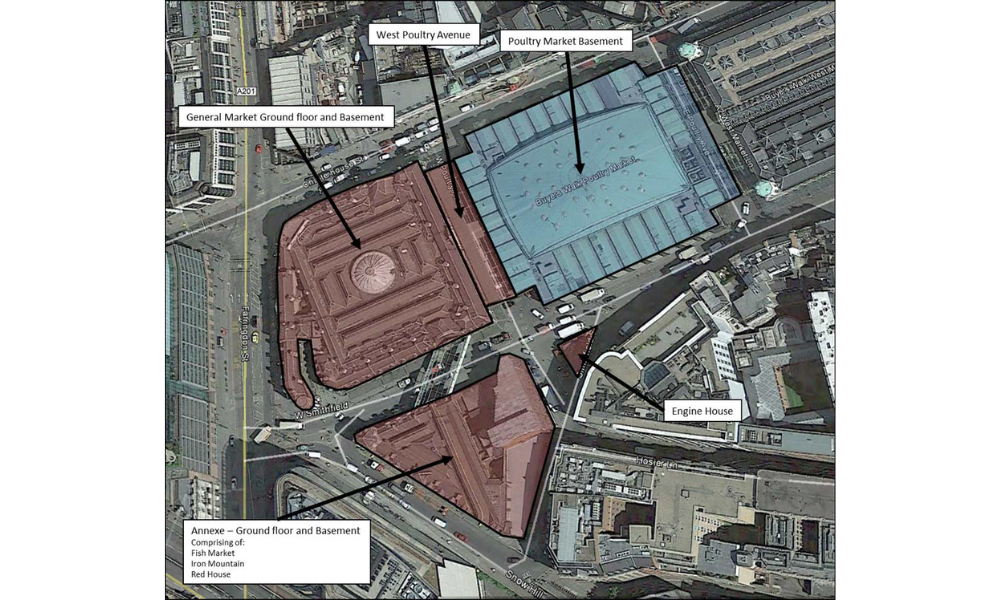 The museum last week announced that it will host a festival curated by Londoners in 2025 before opening under a new name – The London Museum – in 2026.

As part of the West Smithfield development, the museum’s footprint will extend into the adjacent Poultry Market, for which the museum is aiming to raise a further £30 million.

Sharon Ament, Director, Museum of London, said the move was “marching forward at pace to create a fantastic new museum for the city – one that tells the story of London and its people in all its complicated and colourful glory.”
Paul Ramsbottom, OBE, Chief Executive Officer, the Wolfson Foundation said the new West Smithfield location “will offer Londoners and visitors to the capital a place to reflect on a remarkable heritage.”

The museum will be closing to the public at its current site on 4 December 2022. The Museum of London Docklands will remain open throughout, changing its name to The London Museum Docklands in January 2023.