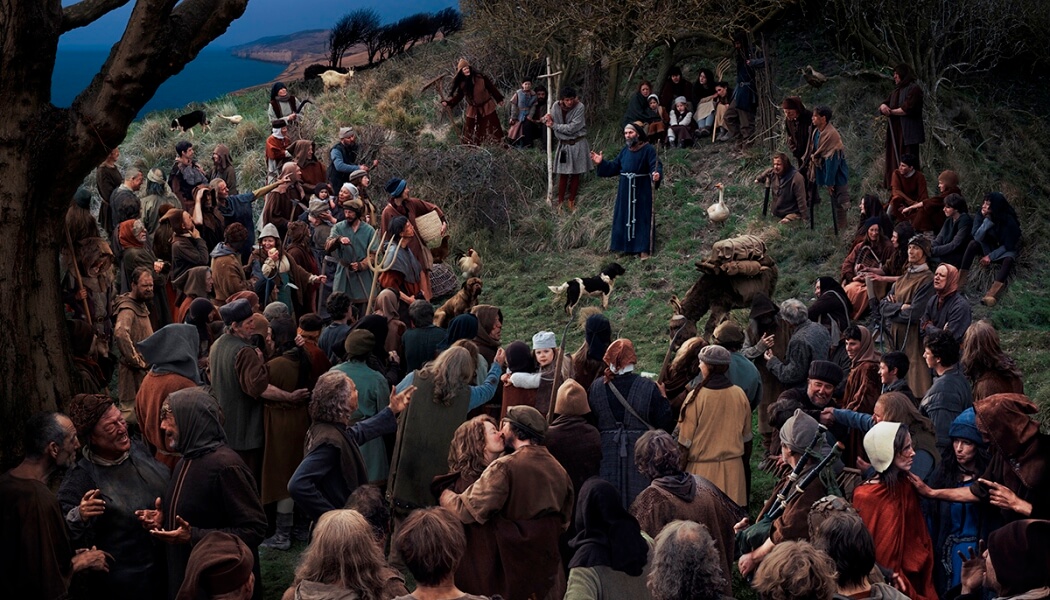 International artist Red Saunders will be casting hundreds of people from across Derbyshire to be characters in three giant photographic tableaux, featuring historic scenes of innovation and disruption from the region’s past that will form part of the collection at Derby Museums’ new Museum of Making set to open next year in the refurbished Silk Mill

As part of his Hidden Project, Red Saunders recreates great moments in the long struggle of working people for democracy and social justice through his photography using actors (or the public), period costumes and scene-setting. In Derby, he will create three historic and globally significant moments for the region working closely with local people cast as actors to tell the hidden stories of the Enlightenment, the first Factory Lock-Out of 1833-34, and the advancement of technology from 1880 onwards.

Hidden: Derby People Histories is being created for the new Museum of Making at Derby Silk Mill, which will open its doors to the public in 2020 and the project is being supported by funders of the Museum of Making and Rolls-Royce, and run in collaboration with Unite and FORMAT International Photography Festival.

The new works will fit in with the overall theme of the new museum, which will open up the whole of the Silk Mill with spaces and works focusing on making and social history.

“I love the excitement that history gives; the hidden stories of people’s histories in particular as they are just waiting to be discovered together,” said Saunders, “In my first visits to Derby Silk Mill, I became quickly immersed in the stories of the city’s industrial past and its people’s history. Derby also holds, for me, an immediate source of inspiration in the form of Enlightenment painter Joseph Wright, whose beautiful exploration of light and dark on canvas brings together my love of history as an artist who loves photography.”

A founder member of the Rock Against Racism movement in the 1970s, Saunders is a professional photographer who combines his photographic practice with cultural, artistic, musical, and political activism. His commissions include The Peterloo Massacre (Manchester 2019), Wyatt Tyler and the Peasants’ Revolt 1381 (The Museum of London), The Signing of the Treaty of Utrecht 1731 for its 300th Year Commemoration (City Of Utrecht), and The Women Levellers of the Civil War 1646 as part of a major series of tableaux vivant (Impressions Gallery).

Gill Fennell, Community Investment Manager at Rolls-Royce said: “It’s so important to tell this story at the Museum of Making, which is all about inspiring people to be curious and innovative, and helping them develop skills to secure our City’s future at the forefront of technology and engineering.”

The casting call invites people of all backgrounds and abilities, who live and work in Derbyshire, to get involved in what the museum describes as ‘this once-in-a-lifetime project’ and to register for the casting sessions, which will take place in Derby and Allenton on 30 and 31 March.

Red Saunders will also be sharing his experiences and expertise in a Q&A session at Derby QUAD on 22 March, and again on 23 March with a Masterclass at the University of Derby.

There will be two casting sessions for the Hidden Project in Derby on the following days:

To register for the casting event, you’ll need to be available during the production timeframe, when Red Saunders will be shooting the tableaux, for the week commencing 17 June. This will take place in central Derby (venue to be confirmed).

At these sessions, museum staff will be taking measurements and photographs of everyone who’s registered their interest in the project to help Red Saunders and the wardrobe team devise the Derby People Histories tableaux.

Applications are welcome from people of all ages, ethnic groups, genders and abilities who are living and working in Derbyshire.

To receive more information about this project and to book a time slot at one of the casting sessions, please click here.