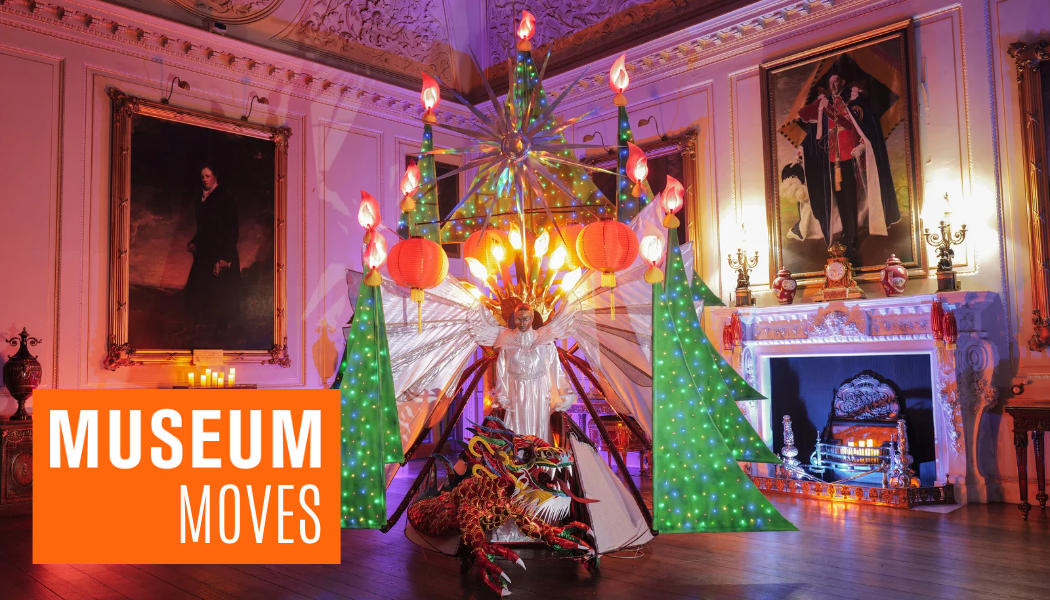 The London Library has announced Helena Bonham Carter CBE as its first female President since it was established in 1841 .Proposed by the Library’s Trustees, the appointment was formally confirmed by members at the Annual General Meeting yesterday, which also marked the end of incumbent President, Sir Tim Rice’s five-year term.

The Love of Print is a new exhibition celebrating 50 years of printmaking at Glasgow Print Studio, set to open at Kelvingrove Art Gallery and Museum on Friday. The exhibition will showcase artworks created by celebrated Scottish artists in the five decades since Glasgow Print Studio was formed in 1972. On show are over 225 prints by 130 artists, which collectively embodies a ‘Who’s Who’ of Scottish art over the last 50 years, the museum said.

A new free exhibition at the York Art Gallery will display an array of works fresh from the gallery’s stores. ‘Treasures from the Stores’ will showcase artworks that haven’t been on display before, or for a long time, including Andy Warhol’s ‘Marilyn Monroe’. Opens on 19 November 2022 and is free to visit.

Staying in Yorkshire, the 2023 programme has been announced by Yorkshire Sculpture Park. Exhibitions include work from New York based artist Leonardo Drew, an immersive exhibition from Lindsey Mendick and the first museum exhibition from Austrian artist Erwin Wurm which presents sculpture, painting, photographs, video and drawings.

From the National Gallery a new exhibition of 52 paintings by artists such as Raphael, Titian, Caravaggio, Rembrandt, Constable, Monet, and Van Gogh will be touring Asia during 2023 and early 2024. ‘Botticelli to Van Gogh: ​Masterpieces’ will make its first stop at the Shanghai Museum from 17 January – 7 May 2023.

A British Museum Spotlight Loan Gathering light: A Bronze Age golden sun, which gives an insight into the cosmology of Bronze Age Britain, goes on display at The Collection Museum in Lincoln. A key component in the British Museum’s The world of Stonehenge exhibition, Gathering Light is touring the country, supported by the Dorset Foundation in memory of Harry M Weinrebe. It will be on display at The Collection Museum until 20 February 2023.

Manchester Museum will present a new perspective on Egyptian mummies and Western approaches to them when it reopens on 18 February 2023. ‘Golden Mummies of Egypt’ will debut a collection of eight gilded mummies and over 100 objects in the Exhibition Hall.

Opened this week, Harewood House presents its Festive Season 2022 with ‘Long Live the Christmas Tree!’, an exhibition which brings together new work by eleven designers, artists, creative studios, and makers to create traditionally untraditional Christmas trees. Pictured above is One Love by Hughbon Condor. Runs until 2 January 2023.

A new exhibition of fakery opens at Skidby Mill in East Riding this Saturday, 19 November. ‘Fakes’ features items including forgeries of Roman coins alongside designer goods such as Louis Vuitton handbags and mugs with football club branding. Objects come from East Riding Museums’ own collections, as well as loans from the council’s Trading Standards team, seized in raids, and North Lincolnshire Museums and private collections. Runs until Sunday, 14 May, 2023.

Gosport Museum and Art Gallery is set to re-open on 26 November after a spell of redevelopment. Having closed for building works at the start of 2022, the Hampshire Cultural Trust operated location will open with a new, permanent museum documenting Gosport’s history, a new cafe, retail area, a new community gallery and a new entrance and new accessible walkway.

A new museum exhibiting a collection of artefacts and archives associated with shoe manufacturer Clarks has been commissioned by the collection’s owner, the Alfred Gillett Trust. The first phase of the new Museum is due to open in 2025, with a second phase still to be announced.