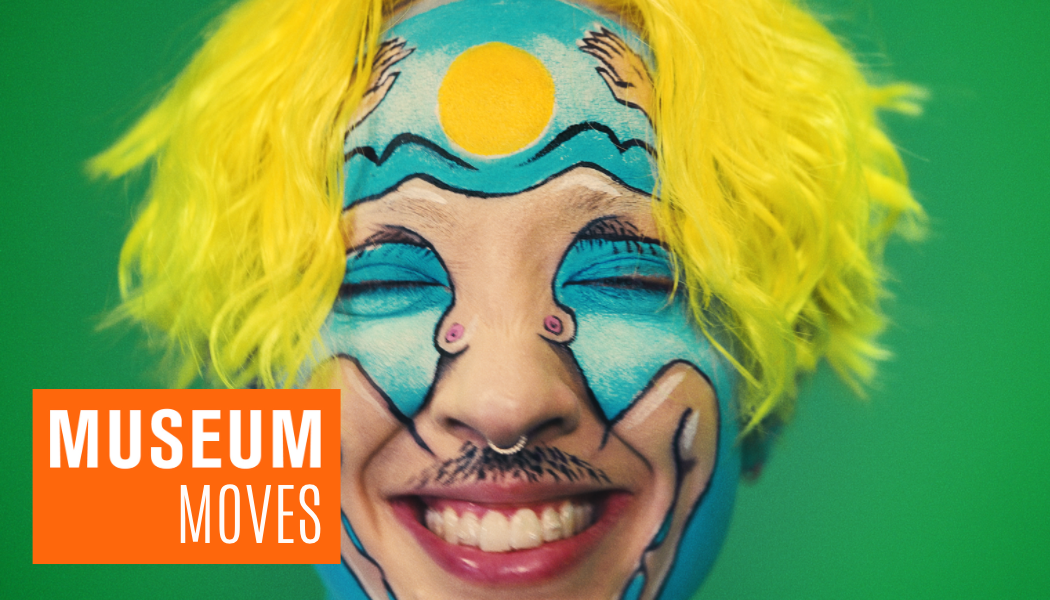 Art Fund, the national charity for art, today announced the appointment of Clare Gough, Abadesi Osunsade, and Desmond Shawe-Taylor, to its board of trustees. The appointments are for an initial period of 4 years from October 2022.

The future redevelopment of Braford’s Odsal Stadium, home to the Bradford Bulls Rugby League team, could include a new Rugby League museum. Local press claim a report into the bid suggests a new museum space could be part of the plans. Plans for a separate National Rugby League Museum in nearby Huddersfield have been stalled as its organisers dispute the location, with one of the bodies responsible for its creation insisting the game’s ‘spiritual home’ is the city’s George Hotel.

In May, The National Justice Museum launched a public call-out for black and white photographs on the subject of freedom, with the promise that every photo submitted would be included in an exhibition. That exhibition, Freedom, now has work from over 200 photographers from around the UK, from professionals to amateurs. The Museum will exhibit every image in their free to enter gallery from Saturday 12th November 2022 until February 2023.

The Royal College of Music Museum’s latest exhibition, ‘Music, Migration & Mobility – The Story of Émigré Musicians from Nazi-Europe in Britain’, explores the lives and legacies of musicians who fled the Nazi regime and the ravages of war. The exhibition will feature annotated scores and costumes, recordings and concert programmes, and photography and personal items. Opens in January 2023.

More on music: The V&A this week opened its latest free exhibition exploring the world of musical theatre with a free display, Re:Imagining Musicals. Items on display include the beaded gown designed by Cecil Beaton and worn by Julie Andrews in My Fair Lady in 1958; the toy Olaf puppet from Frozen the Musical and an original poster from the off-Broadway premiere of Hamilton signed by the cast and creatives. The exhibition is open now and runs until 27 November 2023 in its Theatre and Performance Galleries.

And even more on the theme of music: The Museum of Popular Music, British Music Experience (BME) in Liverpool, has announced a new temporary exhibition celebrating 70 years of the Official Singles Chart. In partnership with Official Charts, the installation will focus on chart-topping singles from big acts and one-hit-wonders alike. November 14th 2022 will mark 70 years since the first singles chart was published by the New Musical Express’s Percy Dickins in 1952, and the exhibition runs 16 November 2022 – 5 March 2023.

Opening today, 20 October 2022, Tate Liverpool has unveiled an exhibition of work by the four artists nominated for the Turner Prize 2022: Heather Phillipson, Ingrid Pollard, Veronica Ryan and Sin Wai Kin. The prize is returning to Liverpool for the first time in 15 years having helped launch the city’s year as European Capital of Culture. The winner will be announced on 7 December 2022 at an award ceremony at St George’s Hall, Liverpool.

This weekend, the Museum of Edinburgh opened its new exhibition, Respect! Caribbean life in Edinburgh. The exhibition is part of a £250,000 community-led collections research project, Exchange, funded by the Arts and Humanities Research Council in partnership with the National Museums Scotland and Royal Museums Greenwich. The exhibition is a celebration of the culture of Caribbean Scottish people through museum objects, poetry and film and has been created in collaboration with the Edinburgh Caribbean Association.

Opening this November at Greenwich’s Old Royal Naval College, a new exhibition explores the life and work of renowned 19th-century naval surgeon and physician, Sir William Beatty. Marking 200 years since Beatty took up the post of Physician at the Royal Hospital for Seamen in Greenwich, ‘Blood and Battle: Dissecting the Life of William Beatty’, takes a deep dive into Beatty’s career and the wider world of medicine in Nelson’s navy. Runs 5th November 2022 – Sunday 25th March 2023.

London’s Hayward Gallery will present the first large-scale group exhibition in the UK to explore the potential of clay and the contemporary artists using the medium. ‘Strange Clay’ includes a range of eccentric sculptures, large installations, otherworldly figures and uncanny evocations of everyday objects from 23 international artists. Runs 26 October 2022 – 8 January 2023.

A 16th-century portrait of a Tudor lady-in-waiting is being restored after a donation from local developer ForLiving. The ‘Lady in a Court Dress’ portrait is usually hung in the Great Chamber of Ordsall Hall, a Tudor house and museum in Salford. The oil on panel painting is attributed to a British School follower of Marcus Gheeraerts the Younger (c.1561–c.1636), a Flemish painter active in the Tudor court who was particularly fashionable in the last decade of Elizabeth I’s reign.

A new fund has been launched to help accredited museums in Scotland tackle mounting financial challenges. Museums Galleries Scotland (MGS) will provide grants of between £1,500 and £50,000 via the Resilience Fund for projects which “directly increase resilience”.