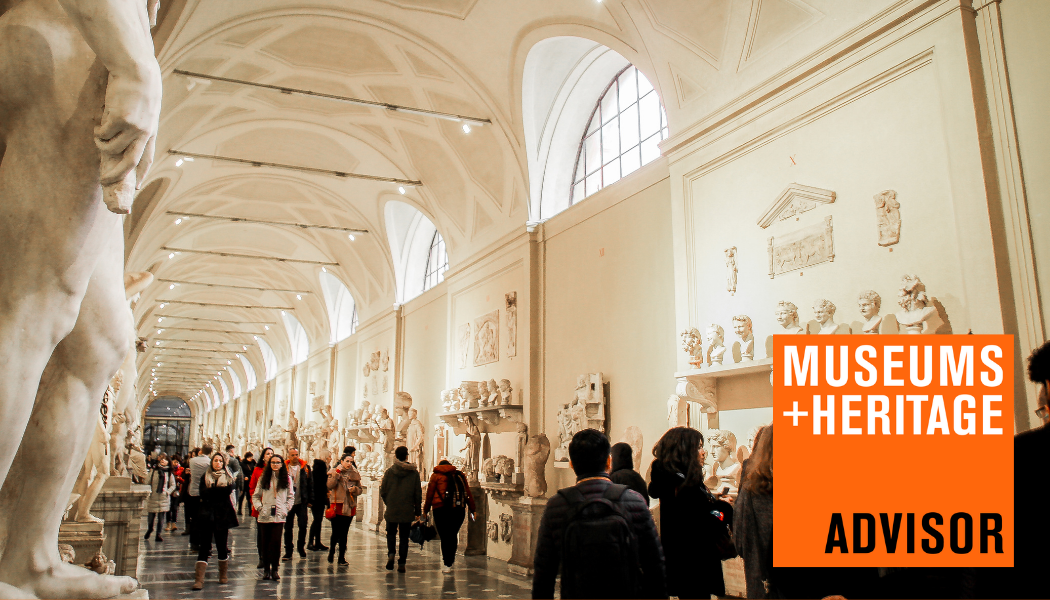 Erewash Museum has appointed Simon Brown as co-manager, in a job share with its existing manager Helen Martinez. Brown is also in the part-time post of curator at Newstead Abbey, and will continue this alongside his position at Erewash. He has previously worked at Wollaton Hall, the National Justice Museum, Nottingham Castle, and other museums in the east midlands and is vice-president of the Museums Association.

The Secretary of State has also reappointed Andrew Miller MBE and Elisabeth Murdoch as National Council Members of Arts Council England, who will serve from 1 September 2022 until 30 November 2025.

Michael Eavis, best known as the founder of Glastonbury Festival, has become a patron of Radstock Museum. The museum tells the story of coal mining and the Somerset Coalfield. Eavis completed his national service in the local coal mine and said “It is an honour to be asked, and an honour to be the patron of Radstock Museum, it is a great little museum.”

A new gallery space at the Scottish National Gallery is set for completion next Summer as the main construction work looks set to draw to a before the end of the year. The major project is entering its final phase, after which visitors will be able to access a new suite of galleries focussed on Scottish art from the likes of Phoebe Anna Traquair, William McTaggart, Anne Redpath, Sir Henry Raeburn and Charles Rennie Mackintosh.

The Design Museum has announced details of a new display and accompanying print publication which will explore “innovative and thought-provoking ways to help tackle the climate emergency.” The free display runs from 24 June to 25 September 2022, and is part of the Museum’s Design Researchers in Residence programme which has supported a group of design-led thinkers to spend the past year incubating big ideas at the Museum to respond to the climate crisis.

​​A new exhibition at Bishop Auckland’s Mining Art Gallery celebrates the return of the Durham Miners’ Gala. Unity is Strength: Durham Miners’ Gala, brings together mining art from lenders across the North East with pieces from the Gallery’s Gemini Collection, including works by artists such as Tom McGuinness, Norman Cornish and David Venables. The exhibition is open now and will run until the end of 2022.

As part of the National Gallery’s newly announced bicentennial celebrations, NG200, is an exhibition featuring an array of Van Gogh’s most important and well-loved works alongside paintings from private collections never seen in public before. Set for 2024, it will be the first major Van Gogh show in the UK since 2010, and comes exactly 100 years after the Gallery acquired Van Gogh’s Chair and Sunflowers.

A new gallery, The Open Era, is now open at Wimbledon Lawn Tennis Museum. Designed by Mather & Co, it showcases five different themes throughout the gallery – with the main aim of the gallery to put the visitor in the player’s shoes.

The National Gallery has announced that its 2024 bicentennial NG200 Programme has confirmed commitments of £50 million, over half of a programme set to cost a total of £95 million. Its supporters include two of the Sainsbury Family Charitable Trusts (The Linbury Trust and The Headley Trust), John Booth Charitable Foundation, the Deborah Loeb Brice Foundation, Stuart and Bianca Roden, and an anonymous donor.Julia and Hans Rausing have given the Gallery £2.652m to cover the costs associated with the cleaning and conservation work of the Gallery’s façades in preparation for the Bicentenary.

Lymington’s Open Garden, a fundraising event featuring venues across the area which returned for the first time since the pandemic, has raised £7,500 for the St Barbe Museum and Art Gallery.

The Friends of the Ipswich Museums have announced that it has been awarded a grant of £150,000 from the Garfield Weston Foundation to help support Ipswich Borough Council’s redevelopment of Ipswich Museum. The £8.7m project is part-funded by a substantial award from the National Heritage Lottery Fund, and will see the transformation of Ipswich Museum into an “accessible, relevant, enjoyable and memorable for all parts of the community for generations to come”.