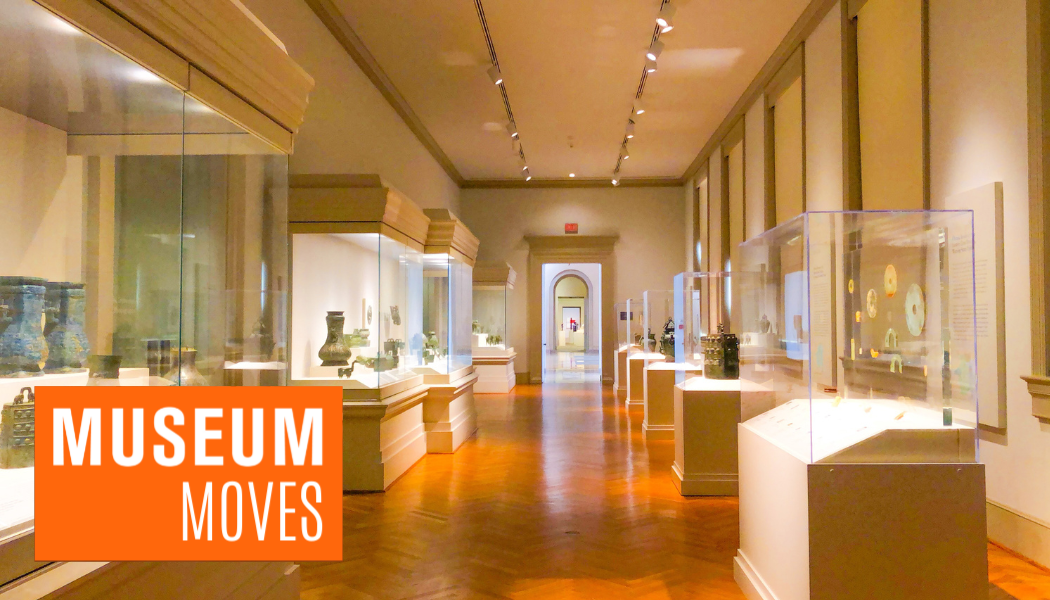 Sandra Dinneen, Paul Farmer, Patrick Newberry, Susie Thornberry, and Richard Upton have been reappointed Commissioners of Historic England for terms of three years and four months from 1 September 2022 until 31 December 2025.

Roger Blundell has been reappointed as a Trustee of the National Portrait Gallery for a term of 3 years and 7 months commencing on 1 September 2022 until 31 March 2026.

The Lancashire Police Museum, housed in a former prison wing at Lancaster Castle, officially opens today. The new museum is the result of a partnership between Lancashire Constabulary, the Office of the Police and Crime Commissioner and the Duchy of Lancaster. The new location features 16 exhibits, each of which is housed within one of the prison’s cells.

The Ashmolean is to re-mount its popular exhibition, ‘Pre-Raphaelites: Drawings and Watercolours’, which was initially shown for just five weeks in 2021. Running from 15 July–27 November 2022, it replaces the museum’s planned exhibition, ‘Russia! Icons & the Avant-Garde’, which was due to open in July 2022. ‘Pre-Raphaelites: Drawings and Watercolours’ runs from 15 July – 27 November 2022.

The Cartoon Museum has announced an exhibition in Summer 2022 to mark the release of Bryan Talbot’s third – and final – Luther Arkwright graphic novel: The Legend of Luther Arkwright. ‘About Bryan Talbot’s Luther Arkwright: 50 years of a British comics legend’ is the first time Talbot’s archive has been so thoroughly explored, and will immerse visitors in never-before-seen material from the author’s personal archive, models and original comic art from the series.

Records from former asylums in Staffordshire have been researched as part of a two-year project from The Brampton Museum, which will now host a major touring exhibition exploring the history of the county’s three asylums between 1818 and 1960 and what life was like for patients and staff. ‘A Case for the Ordinary: Staffordshire’s asylums and the patient experience’. The free exhibition runs in the new Jim Wain Courtyard Gallery until Sunday, 3 July. It’s open from Tuesday to Saturday, 10am to 5pm, and on Sundays from 1.30pm to 5pm.

An exhibition celebrating the 40th anniversary of Scotland’s first major sea kayaking expedition is now open at the Scottish Maritime Museum (Denny Tank).‘Into the Maelstrom: The Scottish Kayak Expedition to North West Norway 1980’ charts the story of Jim Breen, Angus Mathieson, Bill Turnbull and Peter Wilson who, together, paddled 394 miles as they circumnavigated the two island groups of Lofoten and Vesterålen in North West Norway, 200 miles within the Arctic Circle. Exhibition highlights include equipment, clothing, archive news footage and photographs from the expedition.

A new free exhibition that tells the story of Scotland’s most pioneering and successful commercial photographers best known for popularising the holiday postcard, will open at V&A Dundee this summer. ‘Sincerely, Valentines - From Postcards to Greetings Cards’ will be displayed in V&A Dundee’s Michelin Design Gallery, a free exhibition and project space on the upper floor of the museum from 2 July 2022 until 8 January 2023.

The Science and Industry Museum in Manchester has received a £3 million donation from The Law Family Charitable Foundation to fund the future of its Power Hall gallery.

This year’s Queen’s Birthday Honours list has been announced, and includes professionals in the museums and heritage sectors recognised for their contribution.

Recipients of the 2022 Queen’s Award for Voluntary Service have also been announced, with museum and heritage volunteers among those named.