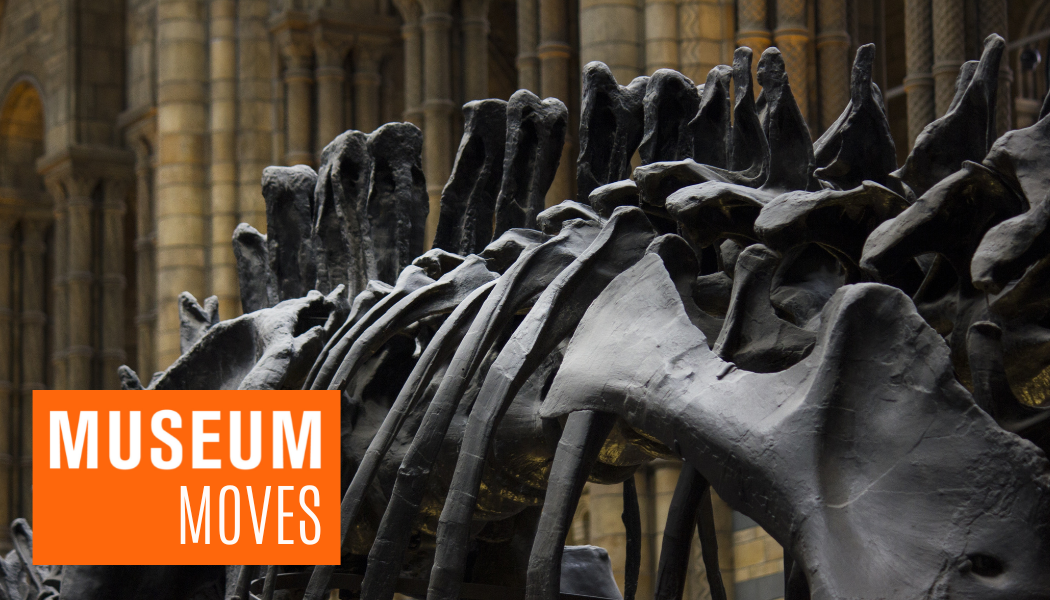 Jessica Bradford, the Science Museum’s current Keeper of Collections Engagement, has been appointed to the role of Head of Collections and Principal Curator. Beginning the role in November, she replaces Dr Blyth, who has served at the museum for two decades.

Ipswich Museum has closed its doors to begin the first stages of major £8.7m redevelopment, which is expected to be complete and see the museum reopen its doors in 2025.

Plans for a £6m police museum in Belfast have been moved forward after a delay, and is now expected to open in late 2025. The Police Service of Northern Ireland (PSNI) told BBC News NI that the outlined business case would be completed this month. BBC News reports that the funding was secured 10 years ago but the project had been delayed by a series of reviews.

York Art Gallery’s forthcoming exhibition, Sin, organised by the National Gallery with York Museums Trust, explores the concept of sin through art. The exhibition explores changing ideas about sin and morality. Sin invites visitors to reflect on their own ideas about sin and society today, including attitudes to crime, alcohol, the body, the environment and more. The exhibition includes eight paintings from the National Gallery’s collection, including ‘Venus and Cupid’ by Lucas Cranach the Elder and ‘The Woman Taken in Adultery’ by Rembrandt, as well as works on loan by Tracey Emin (‘It was just a kiss’) and Ron Mueck (‘Youth’). 7 October 2022 – 22 January 2023.

The National Museum of Computing (TNMOC) has unveiled its latest exhibition, “BBC through the decades,” to celebrate the 100th anniversary of the British Broadcasting Corporation. Visitors to the TNMOC exhibition will witness the evolution of the technologies that have formed the backbone of the BBC over its history. Computing advances such as Ceefax and the BBC Micro computer will feature in the exhibition which runs from 1 October – 20 November 2022.

Some of the most renowned Victorian majolica pottery made in the UK and the US is to go on display in the UK after a debut at New York City’s Bard Graduate Center. Currently displayed at the Walters Art Museum in Baltimore, ‘Majolica Mania: Transatlantic Pottery in England and the United States’ comes to The Potteries Museum & Art Gallery, in Stoke-on-Trent, and will include a number of iconic Minton pieces from the Museum’s own collection. Runs 8 October 2022 – Sunday 29 January 2023.

Dundee Museum of Transport has launched a £2,500 crowdfunding bid to restore the Scottish city’s last Horse-drawn tram. Work started in March on the rebuild of the last Dundee Horse drawn tram, and once complete it is hoped to become a strategic asset for the museum. With its expected move to Maryfield tram depot in 2024, the museum said it will be “exactly what the public would be expecting to see in the building”.