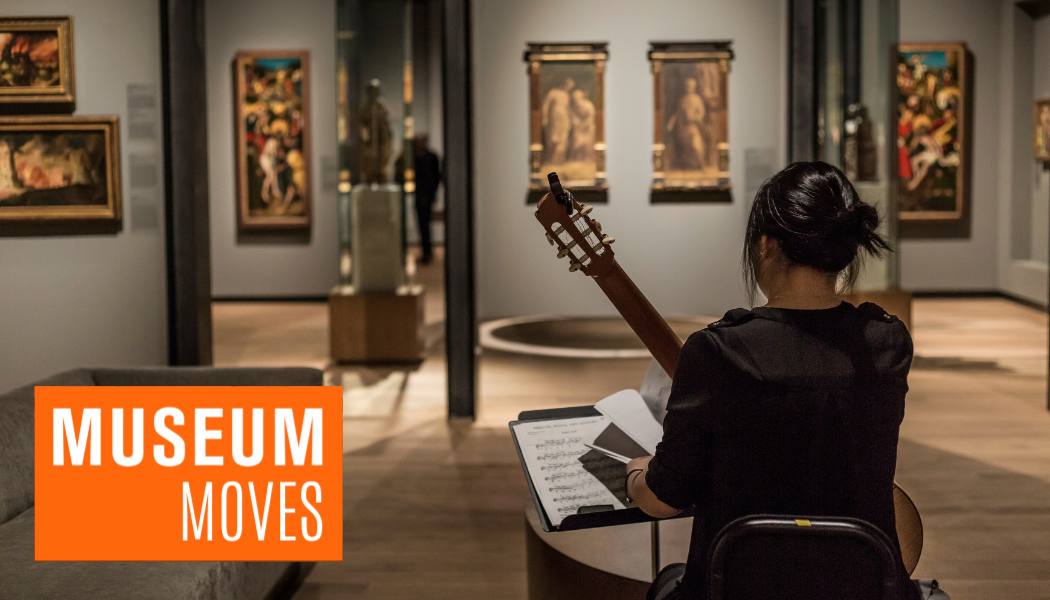 Catherine Wood has been appointed Director of Programme at Tate Modern. She will take up the position in August, overseeing Tate Modern’s artistic content, including exhibitions, displays, commissions, performances, film screenings and community projects.

The founder of Glastonbury Festival, Michael Eavis CBE, has been made a Patron of Radstock Museum. The appointment follows Eavis’ time working in a coalmine during his younger years.

Plans for the opening of a new exhibition building at Locomotion, Shildon have been approved this week by Durham County Council. The building, which will be known as ‘New Hall’, will house up to 50 vehicles from the national collection. ‘New Hall’ is expected to open in Autumn 2023.

Science museum We The Curious has said its plans to reopen are now set for next year. The Bristol venue was closed following serious fire damage to its roof, requiring the replacement of its heating and cooling systems.

In collaboration with Durham University, Beamish has created an exhibition called Global Beamish, which will explore the story of the people and goods who contributed to the making of the North East. It aims to challenge understandings of the people of Georgian Britain, highlighting different stories and experiences. The ‘living museum’ is working with a number of partner organisations, including TIN Arts, Curious Arts and Karbon Homes, to explore how it can tell these stories within the museum. Beamish is also working with Durham University which, through funding received from the Research Impact Fund, has employed PhD student Rheba Macha to research and share these stories.

45 designers from over 20 countries are to feature in the V&A’s ‘Africa Fashion’ exhibition. Opening 2 July 2022 – 16 April 2023, it is described as the UK’s most extensive exhibition of African fashions to date, with over 250 objects on display and 70 new acquisitions.

A set of four photo collages made in 1988 in response the government act prohibiting the “the acceptability of homosexuality” has been acquired by the Museum of London. Sunil Gupta’s ‘Pretended’ Family Relationships photo series will go on permanent display at the Museum of London’s site in West Smithfield, which will open in 2026 under its new name The London Museum.

A display of new works by 2020 John Moores Painting Prize winner Kathryn Maple will open at Walker Art Gallery on 11 February 2023, alongside the public call for entries for the 62nd edition of the prize.

The National Lottery Heritage Fund has announced one of the largest funding rounds for heritage projects since the Heritage Fund’s grant programmes reopened after the coronavirus pandemic. Six projects will receive a total of £13.7m to back projects including threatened species in Scotland and a hard-hit community in Northumberland.

Wrexham Council have been awarded a £45,000 development grant to progress plans for the Museum of Two Halves – the Football Museum for Wales by the National Lottery Heritage Fund. The award opens up the opportunity to secure a further grant of over £2 million to complete the project.

The Museum of Homelessness has secured a National Archives Scoping Grant, which will allow it to fully scope its archive and collection and plan for its future. The National Archives scoping grants fund a report that incorporates expert advice on a range of areas relating to collections management and the development of a collection.