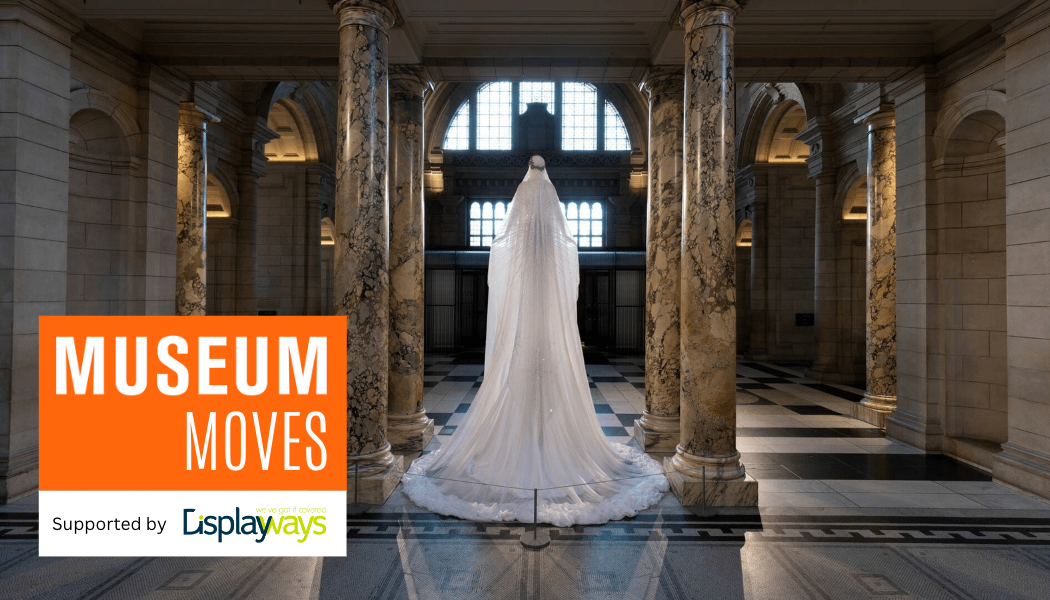 Museum Moves is sponsored by Displayways

Displayways has been operating in the Heritage sector supplying graphic dressing, signage and wayfinding for 30 years. Our services to the sector include Visual Consultancy and Site Surveys, Pre Tender Support on methods and specification, Design Development support, Project Management, Studio Services, Graphics and Signage Production and Installation.

This week NN Contemporary Art has revealed the first plans for a major £4.7 million relocation and renovation project. Set to launch in a phased opening from winter 2023, the project will see the previously-derelict five-story Georgian building in Northampton transformed into an arts hub with creative workspaces and studios and exhibition space.

Winchestervisitor attraction, 878 AD, has opened its doors to the public. The immersive experience is the result of a partnership between Winchester-based charity Hampshire Cultural Trust and Ubisoft, creators of the videogame Assassin’s Creed Valhalla, and uses the world of the gaming series to bring Anglo-Saxon Winchester to life.

A new exhibition at Horsham Museum is set to place a spotlight on the unique history of the RSPCA – and the charity’s 50 year association with the West Sussex town. The RSPCA has teamed up with the Horsham Museum, and Horsham District Council, to launch the new exhibition which opened on 26 November 2022.

The National Gallery’s newly restored Nativity by Piero Della Francesca, 1415/20-1492, will go on public view in a special display from today, December 1 2022, in time for Christmas.The Gallery said the display follows “an unusually challenging restoration” which has lasted three years and was carried out in the Gallery’s Conservation Department.

The British Motor Museum has announced its schedule for 2023, featuring 38 motoring shows including several new events, the first of which will be a Museum Late evening tour of the Collections Centre on Tuesday 10 January followed by the annual Historic Rally Car Register “Open Day” on Saturday 14 January.

Two new exhibitions – at the Horniman Museum and Gardens in south London and Fort Jesus in Mombasa, Kenya – are to commemorate the African Kenyan archaeologists whose names are absent from archaeological archives. ’Ode to the Ancestors’ is an exhibition of archival photographs from the 1920s to the present day, celebrating both African heritage and the contributions of Africans to their own histories. A sister exhibition featuring the same images is being held by National Museums of Kenya, at Fort Jesus. Opens at the Horniman on 8 December.

‘Injecting Hope: The race for a COVID-19 vaccine’ opened at the Science Museum this week. In a first for its parent group The Science Museum Group, the exhibition is part of a major project which opens in three international venues this winter, the National Council of Science Museums in India and the Guangdong Science Center in China. The exhibition sets out the scientific principles underlying the vaccines’ creation, while sharing the behind-the-scenes work that accompanied their rapid development, production, transport and delivery. WGranato, the first volunteer vaccinated in the Oxford’s COVID-19 vaccine’s clinical trial.