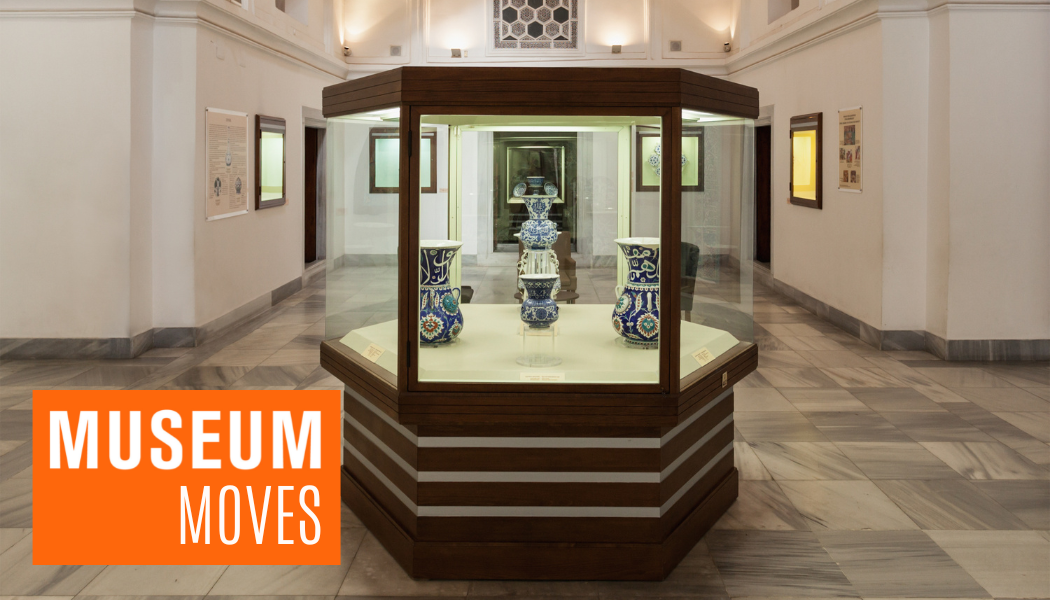 Professor Rosalind Blakesley, Rusty Elvidge and Zewditu Gebreyohanes have been appointed Trustees of The Victoria and Albert Museum .They will serve a four year term commencing 05 September 2022.

Kathryn Blacker has been announced as the next Chief Executive of York Museums Trust, following the recent departure of Reyahn King who has moved to the National Trust for Scotland. Blacker, currently Chapter Steward at York Minster, has previously worked for the BBC as part of the team which delivered BAFTA Interactive award-winning programmes and later at the Science Museum Group where she led on public activities, exhibitions and events as Deputy Director of the National Science and Media Museum at Bradford.

Plans for a major new art facility in Edinburgh have advanced as National Galleries Scotland moves toward a full planning application.A second public consultation sees National Galleries of Scotland share plans for The Art Works in North Edinburgh. It is now seeking community feedback on preferred routes for paths; to make the entrance area more open for multipurpose activities, and to improve access and storage for bicycles.

The Burrell Collection has announced its inaugural exhibition since a major refurbishment and redesign earlier this year. The Burrells’ Legacy: A Great Gift to Glasgow will chart the collecting and legacy of Sir William Burrell and his wife Constance, Lady Burrell and the collection, which is managed by Glasgow Life, the charity responsible for culture and sport in the city.

Amgueddfa Cymru – Museum Wales is looking for items of Welsh hip-hop’s past, as part of an upcoming exhibition celebrating the best of country’s hip-hop in two of its museums next year. The main exhibition will open at National Museum Cardiff summer 2023, with a smaller exhibition displayed simultaneously at the National Waterfront Museum, Swansea in autumn 2023.

A reconstructed mediaeval boat which was blown to pieces during a Second World War air raid is embarking on a new adventure in Leeds. Visitors to Leeds Discovery Centre will get a better chance to see the centuries-old carved logboat, which dates from the 1300s, following a conservation and research project which will help tell its story. Over the past few months, experts have been preparing the boat to go on display once again, complete with a new, moveable plinth that will allow it to be moved and viewed without touching it.

A rare mediaeval whale bone – measuring more than half a metre across and over seven hundred years old – is being displayed at Launceston Castle as part of a new English Heritage exhibition. English Heritage have worked in partnership with Launceston Town Council and the Charles Causley Trust on the exhibition which illustrates the power of the earls and dukes of Cornwall. Other never before seen objects within the new exhibition include decorated tableware, gaming boards, counters and gambling tokens used to while away hours tell the story of the castle’s later history as a bleak prison.

Mr Benn, Elmer the Patchwork Elephant and Not Now, Bernard appear at the Horniman for its latest exhibition aimed at younger visitors under seven – ELMER and Friends: The Colourful World of David McKee. It features beloved characters created by the late author and illustrator David McKee spanning 50 years, with original artworks displayed alongside cosy reading areas and dressing up opportunities. The exhibition opens at the Horniman on Friday 21 October 2022.

Grants, totalling £117,000, have been awarded to The Hepworth Wakefield, National Coal Mining Museum for England, and Theatre Royal Wakefield. The funding is part of Wakefield’s Council’s Connecting Culture Grants and are designed to help the organisations deepen their involvement with the community.