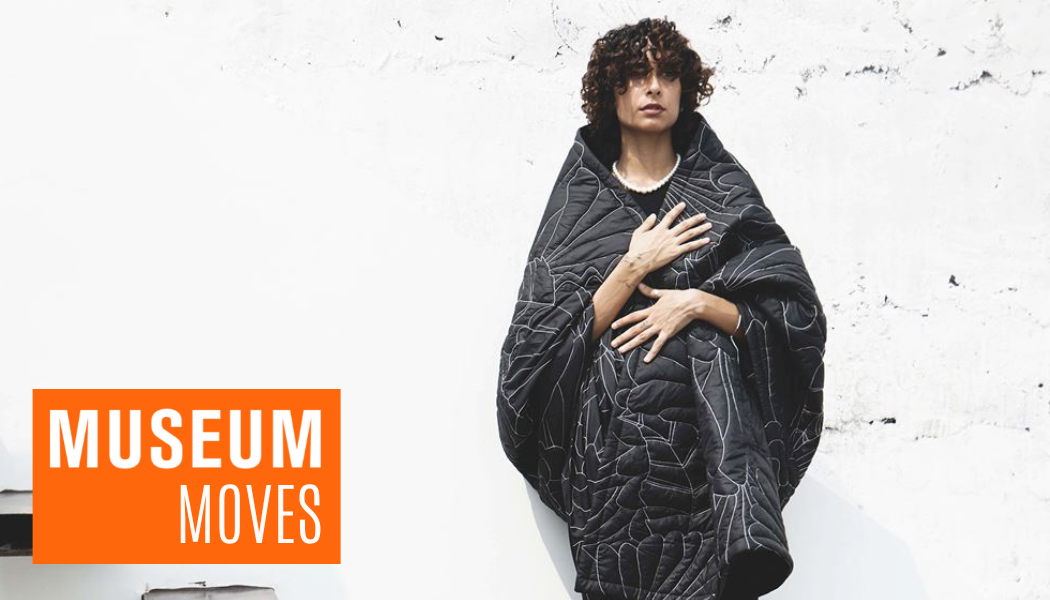 Amgueddfa Cymru – Museum Wales will be in search of a new Director General, as David Anderson steps down from the role in April this year. Anderson has led the organisation since 2010. His Directorship includes a re-established exhibitions programme at National Museum Cardiff, the creation of the Research Department, the development of international partnerships and support for local field hospitals, care homes and community organisations during the pandemic.

Opening at Compton Verney next month is Making Mischief: Folk Costume in Britain, claimed to be the first ever exhibition in the UK dedicated to folk costume. The exhibition will feature outfits made, customised and worn by people who participate in local, seasonal customs practised by diverse communities across the country – from the Notting Hill Carnival in London to the Festival of the Horse in Orkney. Over 40 costumes will be on display from rural locations to towns and cities. Runs from 11 February – 11 June 2023.

Artwork produced during, and depicting scenes from the Second World War, will go on display at the Soldiers of Oxfordshire Museum in Woodstock. The exhibition first went on display at the museum in March 2020, but was open for less than a week before national lockdowns were put in place in response to the COVID-19 pandemic. Displays include a view of Dunkirk as troops are evacuated, painted by a nephew of Winston Churchill, John Spencer Churchill, and a sketch by Eduardo Paolozzi, better known as a pioneering pop-artist. Runs from 25 February – 7 May 2023.

The Design Museum’s upcoming exhibition (above) celebrates the contemporary sari. Curated by its Head of Curatorial, Priya Khanchandani, ‘The Offbeat Sari’ will explore the clothing’s various forms, and will feature dozens of the finest saris from designers, wearers and craftspeople in India. Runs 19 May – 17 September 2023.

Over 50 Old Master paintings on long term loan from Dulwich Picture Gallery – and a further eight works from a private English collection – have just gone on display at Strawberry Hill House. The former home of the writer, antiquarian and politician, Horace Walpole (1717–1797) is endeavouring to return some of the 6000 objects from the collection he amassed during his lifetime and, where possible, recreate the original atmosphere of the house, when the rooms were filled with works of art.

Following the redevelopment of the College building from 2017–2021, The Hunterian Museum at the Royal College of Surgeons of England has announced it will open again to the public in early 2023.

A community-founded Museum in the Highlands has secured £1.4million from The National Lottery Heritage Fund. Glencoe Folk Museum will use the funds in part to bring several of its exhibitions, which are currently housed in outdoor displays, indoors. A modern building incorporating a new accessible entrance, a reception and gift shop area, expanded exhibition space, and the Museum’s first toilet facilities is planned. The Museum, founded by local women in the 1960s, will also celebrate Gaelic culture by working closely with academics and local Gaels.

Arts Council England (ACE) has revealed the first details of the third round of its Museum Estate and Development Fund. Targeted at non-national Accredited museums, the funding is designed to allow museums to undertake vital infrastructure and urgent maintenance backlogs which are beyond the scope of day-to-day maintenance budgets.