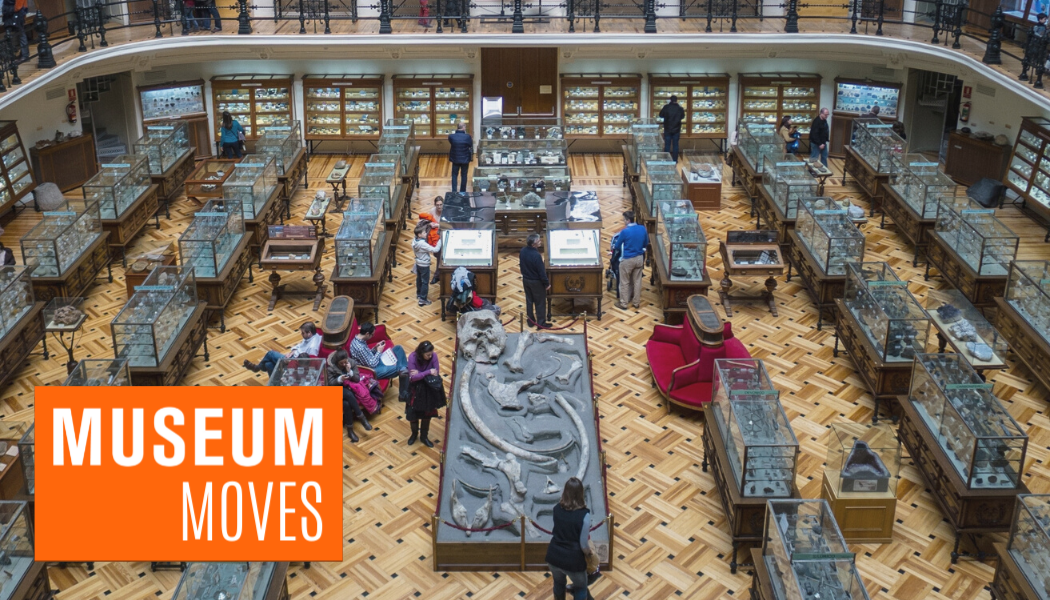 Four trustees have been appointed to the Science Museum Group by the Prime Minister, serving roles in sustainability and climate change, engineering and technology, and senior level leadership. The newly appointed trustees will serve for four years, until 31 May 2026.

Rosalind Nashashibi has been appointed as an Artist Trustee of the Tate. Nashashibi is a London-based filmmaker and painter of Palestinian and Northern Irish heritage, who represented Scotland in the 52nd Venice Biennial. Her most recent solo shows include Vienna Secession, CAAC Seville, Chicago Art Institute and Kunstinstuut Melly, Rotterdam. She was the National Gallery’s artist in residence in 2020.

The Stourbridge Glass Museum, which opened earlier this year, has appointed a new curator and projects officer. Harrison Davies, was most recently Collections Inventory Assistant for Birmingham Museums Trust, working on Birmingham Museum and Art Gallery’s historical collections and artworks, including glass.

A £20,000 revamp of Scotland’s Largs Museum has allowed the location to reopen following flooding issues which saw it close for two and a half years. The museum, run by volunteers, displays a large collection of photographs and local artefacts.

The National Railway Museum in York has opened a new exhibition showcasing the future of railway technology. Innovation Platform will run through to Summer 2024, and will feature examples of new technology that will explore how the future of the railways could look in Britain. Visitors will be able to see exciting innovations in four exhibition seasons – Autonomous Technology, Decarbonisation, Smart Cities, and Communities. Each season will see different technologies and inventions demonstrated to visitors who will be able to experience how they work.

Two high-profile loans from the British Museum will go on display at M Shed this summer as part of a tour encouraging conversation and reflection on migration. Crossings: community and refuge is touring the Lampedusa cross around the UK for the first time, arriving at M Shed on Saturday 18 June. The cross is made from the remnants of a boat carrying refugees wrecked near the Italian island of Lampedusa, close to the coast of Tunisia. Alongside the cross will be a display of 12 small boats from Syrian-born Issam Kourbaj’s series Dark Water, Burning World.

Items from the recently discovered 17th Century wreck of ‘The Gloucester’ – which is said to be the single most significant historic maritime discovery since the raising of the Mary Rose. Items from the wreck are to go on display next year as part of a major exhibition planned at Norwich Castle Museum & Art Gallery following the significant discovery.

The Postal Museum in London is to display Freddie Mercury’s childhood stamp album for the first time.The album will be on display in the museum from 13 July until 30 October 2022, and will form part of the celebrations to mark the 50th anniversary of the UK Pride movement.

Britain’s new polar research ship, RRS Sir David Attenborough, is to become the central focus of a new gallery, ‘Poles Apart’, which opened last week at the Royal Museums Greenwich National Maritime Museum.The exhibition is hoped to allow visitors to explore the world of the state-of-the-art research ship and the challenges affecting the world’s polar regions.

Art Fund has announced the details of more than £2m in new funding schemes set to benefit museums. The announcement of the funding coincides with the release of Art Fund’s latest annual figures, which shows grants totalling £5.8m were given across its programmes in 2021,helping 290 objects enter UK collections.

The Salisbury Museum has been awarded nearly £88,000 for ‘Fashioning Our World’, a project focusing on its fashion collection. The funding, made available by The Esmée Fairbairn Collections Fund and delivered by the Museums Association, aims to work with young people to explore sustainability through the museum’s fashion collection.