The ambitious plans would see the size of the museum expand from its current 17,000sq m to more than 27,000sq m which is key to its future as its collection and visitor numbers grow. The museum said it does not currently have the space to present its collections properly, or demonstrate the research behind them and its schools programme is at bursting point.

Director Sharon Ament made the announcement at an annual fundraising dinner last night and said the museum’s plans were to create a new facility that would meet the growing needs of Londoners and international visitors alike. “If we are to continue to excite and engage visitors and become more sustainable by standing more firmly on our own two feet, we need to ensure our building and galleries are up to the challenge and match the best that London has to offer,” she said.

The Museum of London has 11 permanent galleries and objects in the museum’s archives include the Cheapside Hoard, a stone from AD 160 with the first known inscription of the word “London”, and a vest Charles I was believed to have been wearing when he was beheaded in 1649. Over the past few months the museum has undertaken a detailed expert analysis of various options for the long-term future and undergone this at the request of the Corporation of the City of London. 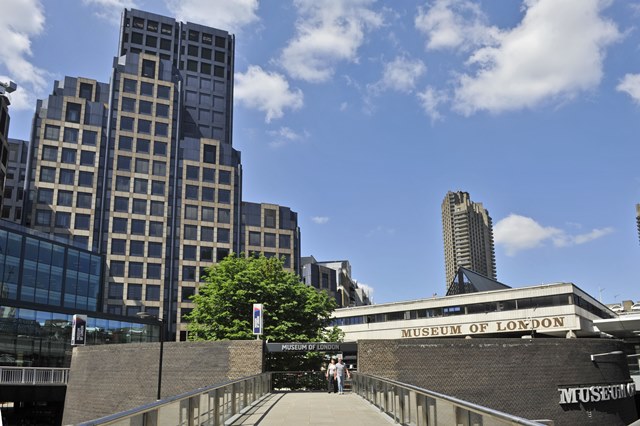 Now with the approval of the museum governors, the next phase will see the museum consider in detail the logistics and viability of relocating from London Wall to Smithfield General Market with the aim of creating an ‘unrivalled experience’ and contributing to the regeneration of a vibrant and historic part of London. “This would enable us to welcome over two million people each year, work with even more schools and display more of the London Collection,” she said.

There are many issues to be resolved before the plans can take hold including negotiating a price for the Smithfield site. The Smithfield complex’s future has remained uncertain after last year’s public inquiry halted redevelopment plans which would have seen much of the original market hall destroyed. The Victorian Society has said that sensitive designs for the relocated museum could secure the future of the historic building.

“The Museum of London’s ambition to move into Smithfield General Market is potentially great news both for the future of this historic London building and for the museum itself – which is likely to see more footfall,” said Director of the Victorian Society, Christopher Costelloe. “Relocating the Museum into Smithfield Market would also appear to be the kind of ‘beneficial use’ envisaged by the Secretary of State during the public inquiry. However, our stance will ultimately depend on the detailed plans. We look forward to working with the Museum to help ensure that any alterations to the buildings preserve what makes them special.”

The Museum of London is an amalgamation of two earlier museums: the Guildhall Museum, founded in 1826 and the London Museum founded in 1912. Both collections came together after the Second World War, and the current Museum of London opened in 1976. To find out more visit the new website.