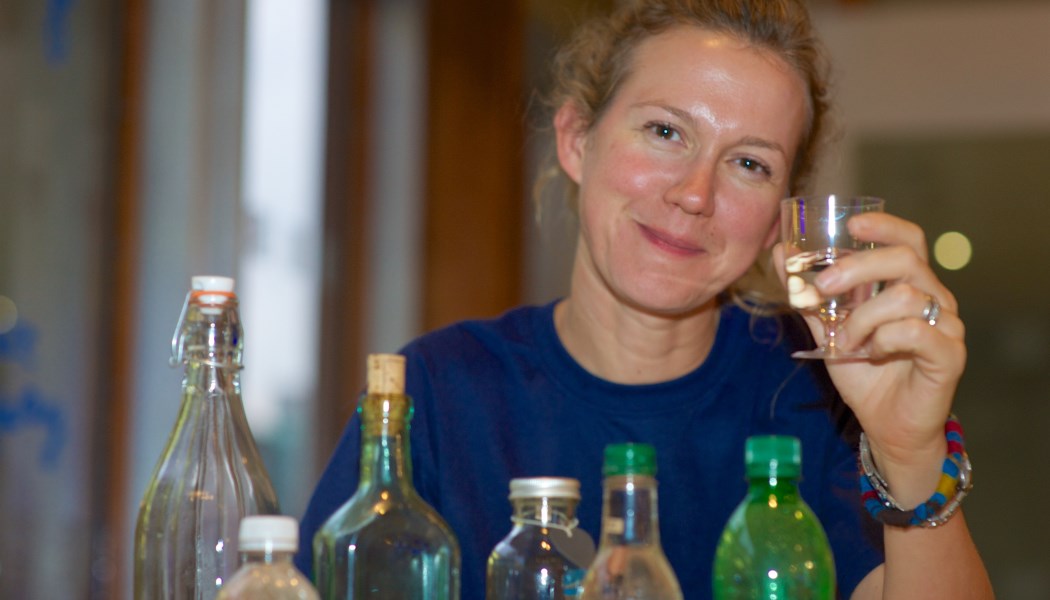 The Museum of Water, featured on M+H Advisor last week has received a special commendation at the 2014 Nick Reeves AWEinspiring Awards for Arts, Water and the Environment.

The Museum of Water has travelled up and down the country collecting samples of water and stories from various organisations and the public and then displaying them at locations and festivals in the UK and Europe.

It was commissioned by the London School of Hygiene and Tropical Medicine last March to commemorate the 200th anniversary of physician John Snow, who linked the spread of cholera to water.

Live artist, sculptor and filmmaker Amy Sharrocks has collected more than 500 samples donated in various sized receptacles, each with their own interesting tale, including an ice core from the Antarctic donated, by the British Antarctic Survey, to trumpet spit. 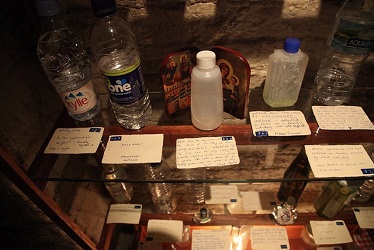 “I am delighted and I am especially glad of this recognition of the environmental action of the artwork: Museum of Water invites people to re-consider a life spent with water, and at times this has been a very intense process during this year of devastating flooding in the UK,” she said.

“It has been a truly extraordinary experience and privilege to chart even a little of the impact of this most basic and glorious substance on our lives, and I am very thankful to have had the chance to do it.”

One of the The Museum of Water’s resounding successes, apart from raising awareness of the importance of water to daily life, was its knack of encouraging public engagement, with people from all walks of life shared their own personal stories on water and held converstaions on a topic they would never normally discuss.

“There have been a huge number of people involved across the country in this endeavour, and I would like to thank everyone who has worked with me for their kindness, belief and hard work,” said Sharrocks.

“I would also like to thank everyone who has donated to the Museum for the effort they have gone to to collect and donate their water, and their willingness and openness in sharing it with me.”

The award itself was won by Vincent Walsh, for his ambitious work in establishing the Biospheric Foundation a socio-ecological urban research practice.

“Museums bring us closer to former civilisations and extinct species that are no longer present in the world,” said Dave Pritchard, Chair of the CIWEM Arts and Environment Network.

“A number of contemporary artists have explored the idea that some types and sources of water are now being so mismanaged as to end up potentially meeting a similar fate.

“Museum of Water is a wide-ranging and very accomplished realisation of this idea and the stories that can develop from it.

“The Panel recognised Amy’s skill and dedication in this and her other water-related projects, and particularly commended the energy she has been putting into public engagement.”

Our very own Museums + Heritage Awards 2015 are now open for applications.

Museum of Water keeps flowing to new destinations as a source of public engagement: Q&A with Amy Sharrocks