A group of 30 professionals will have the opportunity to discuss and question various issues particularly pressing to the sector including what is museum resilience and what ACE’s role should be?

Following the workshops there will be a Future of Museums Q&A in the style of Question Time held at London Transport Museum.

Museums Showoff was founded by Steve Cross and is produced by Rachel Souhami, a museum academic and consultant. Since its inception Museums Showoff has held events throughout the country including at M+H Show in May.

“I was commissioned to write an article about early career museum professionals, which was published in October 2013," said Souhami. "The people I interviewed told me it was unnecessarily hard to get established and that there was no career structure, no guidance, no training and no stability.

“But identifying the problems is one thing, overcoming them is something else. 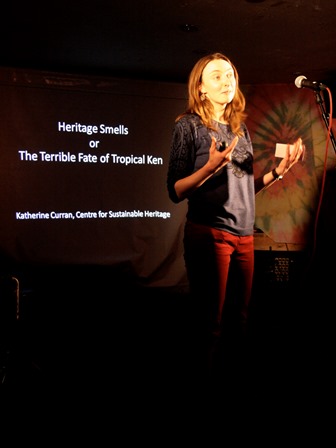 “I wrote the article because no one was asking young professionals how it is for them. They haven’t had a voice in this at all.

“I found out how angry career professionals were and how they thought it was entry process was expensive, misleading narrow and you could only do well if you have independent means.”

Souhami discovered that early career professionals also had a lot of positive ideas on how museums could change and improve but they felt disenfranchised. 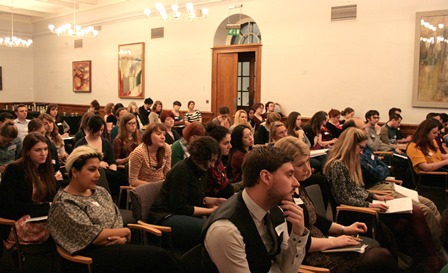 A discussion session at the Future of Museums conference. Photograph by Lizzy Baddeley

As a result of the reaction to the article Souhami and Cross organised a conference in April 2014 entitled The Future of Museums.

“In 20 years’ time they will the sector leaders,” she said. “So we were asking them ‘how do you want the future of museums to be?’ And the result was a A Manifesto for the Future of Museums as we didn’t want the conversation to stop in the room.”

With the momentum of engaging with early career professionals fully in swing, Museums Showoff was contacted by ACE to discuss follow up events and the Challenging Ace! event is the result.

“It’s the first time we have had an event to challenge ACE,” said John Orna-Ornstein, director of Museums at ACE.
“An organisation like ACE should be open and ready to be challenged because we are receiving government funds to develop the sector and we distribute tax payers’ money.”
Last week ACE closed applications for the first round of its Museum Resilience Fund grants, which was launched at the end of September in a bid to encourage a more robust museum sector.
The fund covers the period 2015-2018, with a budget of £10m set aside for each year.
“About 200 museums have applied for grants out of 1,300 accredited museums and there will be lots of work to assess the applications from now until March,” says Orna-Ornstein.
“Some have applied as part of a partnership where they might represent museums in a particular county which is something we absolutely encourage.
“Six weeks ago, following the launch of the Resilience Fund, I worked in four museums for a week and came out of it really inspired by what I saw. 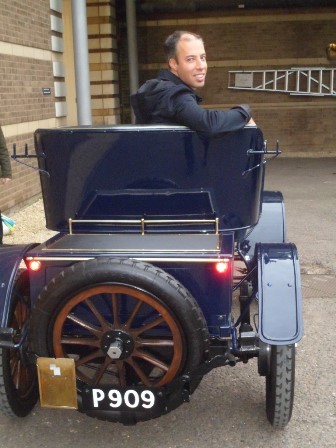 “The young people I met left me feeling optimistic about the sector. We have the best workforce in museums and the best museums.
“There are plenty of very professional people coming into the sector who are multi-skilled and also have an expertise and do their job with passion.
“There are young people as well who are new to the sector and so fresh and enthusiastic. So it was important to sit down with these people and have a conversation about the art sector.
“I did, however, find that one of their main concerns was that it was not easy to get a job in the sector.”
Following the afternoon workshops, Orna-Ornstein will move on to the Future of Museums Q&A and will be joined on a panel by Beth McKillop, deputy director Victoria & Albert Museum, Tonya Nelson, head of Museums Collections UCL, Tamalie Newbery, executive director Association of Independent Museums and Fiona Talbott, head of museums, libraries and archives at the Heritage Lottery Fund.
"We hope these events will not only encourage engagement and dialogue between early career and senior professionals of today, but also encourage all the early career participants to start to talk to each other and form networks to create the changes they would like to see," said Souhami.
The Challenging Ace! event will move to Manchester Museum on Wednesday, 3 December. To see the latest Museums Showoff events click here.