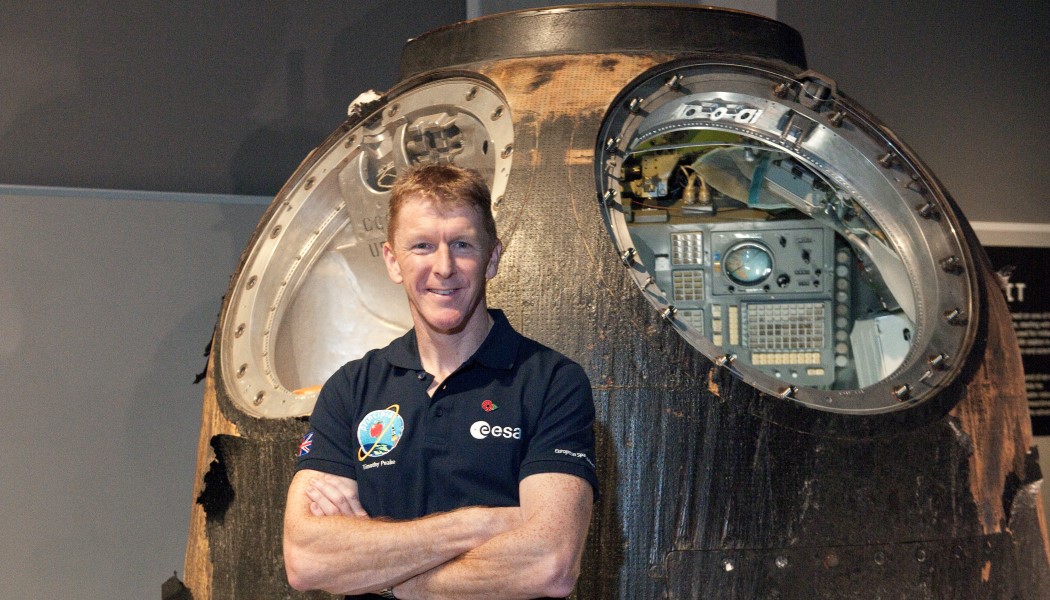 Thousands of families, adults and school groups are expected to converge on Exhibition Road in London for a day of celebration to mark Tim Peake’s launch into space on 15 December 2015

The UK Space Agency has teamed up with some of Britain’s most renowned cultural and academic institutions to host this free day and evening of celebratory events on Exhibition Road in South Kensington.

There will be more than 70 space-themed activities throughout the day, including talks by famous astronauts and cosmonauts and a chance to meet real life space scientists and astronomers from Imperial College London.

The BBC Stargazing Live team, hosted by Dara Ó Briain and Professor Brian Cox, will broadcast live on BBC One from the Science Museum for a special daytime programme to mark the launch. A second hour-long evening programme will broadcast on BBC Two, featuring Tim Peake’s arrival at the International Space Station (ISS).

Peake, who is the European Space Agency’s first British astronaut, will blast off just after 11am for a sixth-month mission on board the ISS.

Imperial College’s resident cosmonaut and the first Briton in space, Dr Helen Sharman, recent ESA astronaut Andreas Mogensen, and cosmonaut Alexei Leonov, the first human to walk in space will all be taking part in talks and debates at the Science Museum.

Visitors will also be able to take part in workshops and talks, see real space artefacts and meet other space experts in events organised by the Science Museum, Natural History Museum, Imperial College London and the Royal College of Music.

There will also be a number UK Launch events including Cardiff, Edinburgh, Belfast and 17 smaller events at discovery and science centres across the country. More information about the launch events can be found a the Principia website.

Highlights at the Science Museum include:

Destination Space Show – See amazing rocket launches and find out about life on the International Space Station, from what it’s like to live in microgravity to how astronauts recycle water from their wee. (10am to 12.30pm)

In Conversation with Alexei Leonov – Hear from cosmonaut Alexei Leonov, the first person ever to walk in space. There will also be an opportunity to question Leonov about his remarkable space career. Tickets £20, early booking recommended via sciencemuseum.org.uk/Leonov (8pm to 9pm).

Mars Rover Bridget – Join Airbus Defence and Space researchers and meet Bridget, a UK-built Mars rover prototype. Bridget was built to help develop ESA’s ExoMars mission which will launch to Mars in 2018 to explore for signs of life.

Cosmonauts: Birth of the Space Age – Discover the dramatic story of how Soviet Russia became the first nation to explore space in this once-in-a-lifetime exhibition. Charges apply. (10am to 10pm)

SkinSuit – A Journey to Space – Join experts from Kings College London to see the SkinSuit used by ESA astronaut Andreas Mogensen on the ISS to help cope with its micro-gravity environment and to prepare for life back on Earth.

Meteorites: 4.5 Billion Years of History in the Palm of Your Hand – The earliest secrets of our solar system can be found in lumps of rock and iron no bigger than a tennis ball. See highlights from the Natural History Museum’s meteorite collection – one of the world’s finest – and meet the scientists who study them.

Barwell’s Flaming ‘Christmas Turkey’ 50 Years on – Exactly 50 years ago this Christmas Eve, the village of Barwell in Leicestershire was showered with thousands of pieces of the largest meteorite ever to fall in Britain. The Natural History Museum’s Dr Ashley King revisits the event and explores what meteorites can tell us about our planet and the solar system.

Debate: Do we need to go to Space? – With advances in robotics, instrumentation and satellites, and the challenges in supporting life in space and on other planets, are manned missions worth it? Join a panel of experts to hear their views and have your say

Impact Earth – Join Gareth Collins and Matthias Van Ginneken from Imperial College as they recreate meteorite crashes, search for fragments on the surface of Antarctica, and get up close and personal with real life rocky visitors from space.

Is there Life on Mars? Join Imperial College London’s Earth Science team to test for organic life and explore what the changing geology of Mars can tell us about the potential for life on the red planet.

Highlights at the Natural History Museum from 10am include:

Museum planetary scientist Dr Ashley King will lead a series of sessions, giving school groups the opportunity to step into scientists’ shoes by examining, analysing and classifying meteorites from the collection.

Drop-in events – Elsewhere in the Museum, children will have the chance to hold specimens, meet scientists, and write messages to Tim Peake at a drop-in ‘space station’