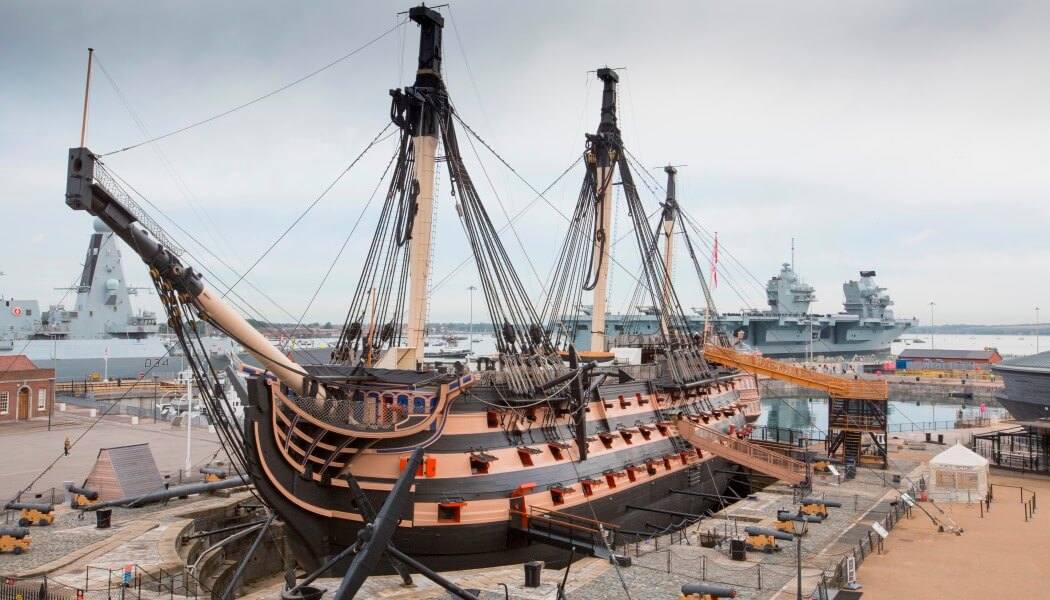 HMS Victory has been sitting in a dry dock in Portsmouth since 1922 supported by 22 steel cradles positioned six metres apart. But the the 252-year-old ship is creeping under her own weight and following a detailed laser scan of 89.25 billion measurements and computer modelling, a new support system has been designed to mimic how the ship would sit in water.

Currently steel “blades” are placing considerable strain on the hull structure and will be replaced by 134, 15-foot adjustable steel props fitted over two levels. This will completely revolutionise the support system and share the ship’s 2,000 tonnes load between them.  Each prop is telescopic and features a cell monitoring the load around the clock and which is easily adjusted. 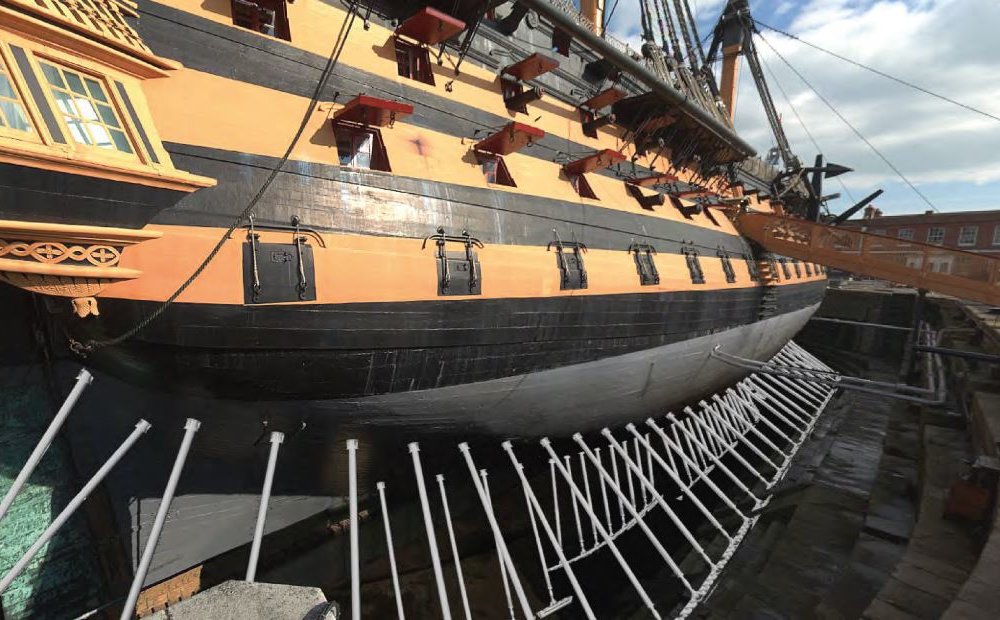 How adjustable steel props will look on HMS Victory

HMS Victory is the oldest commissioned warship in the world and is the flagship of the First Sea Lord. She was built during the Seven Years’ War and completed in 1765 going on to take part in the Battle of Trafalgar in 1805, where she had a crew of 821 men.

“Victory is possibly the most famous ship in the world. She remains a commissioned ship and the flagship of the First Sea Lord,” said Professor Dominic Tweddle, Director General of The National Museum of the Royal Navy which owns and operates the ship. “The dry dock, in which she sits, is also the oldest in the world, and this is the first time something like this has ever been done on a historic ship. So we have been really tested with this scheme. Our priority though is to stop the ship from moving, get her into a stable condition and then take the necessary steps to ensure the hull is here for another 250 years.”

The work to conserve HMS Victory began in 2011, which included removing the masts and yards before work to prevent water ingress and reduce rot, repainting of the ship’s hull and refurbishing Hardy’s Cabin and the Great Cabin. A new walkway for visitors was also installed enabling access to more of the ship, along with a new fire detection and fire suppression system.

“Over the last 40 years, all the outer planking of the ship has been replaced. The outer planks held the hull in place but, like a corset, with its strings loosened, the hull is now moving and bulging,” said Andrew Baines, Project Director at The National Museum of the Royal Navy. “The hull is moving at a rate of 0.5cm each year, so 20 centimetres over the last 40 years. This is untenable and must be remedied before irreversible damage is done.”

The new support system, he said, would cradle the ship much like she would be in water. The existing cradles will be removed in stages across the project’s duration and visitors will start to notice a real change in the look of the dry dock.

The ship, which has welcomed over 30 million visitors since it opened in 1928, will remain open in Portsmouth Historic Dockyard.