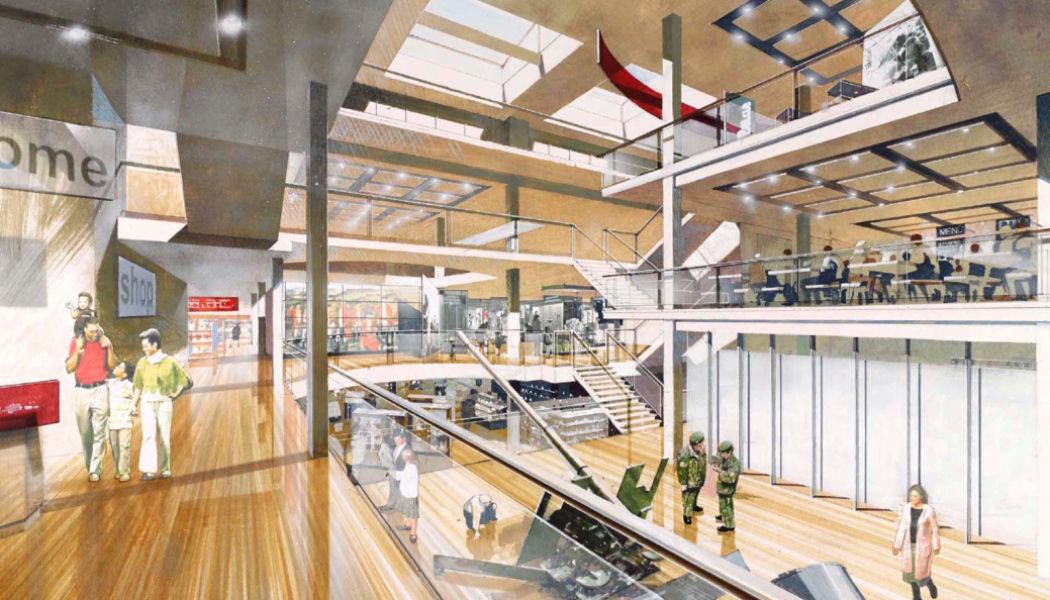 The National Army Museum has announced today that it will open to the public on March 30 following a three-year £23.75m re-development project, which included an £11.5m HLF grant

The bright new building will see more than 2,500 objects come out of storage (many of them newly conserved) and take their place in five permanent thematic galleries, over four floors – Soldier, Army, Battle, Society and Insight. There will also be a 500m2 temporary exhibition space, a study centre, a three-room learning centre, as well as a brand new café, shop and Play Base, where children aged zero to seven can learn through play.

This radical transformation aims to maximise access to, and engagement with, the collection and has seen the museum reconfigured with architects BDP creating a more welcoming, accessible and flexible environment, which it is hoped will increasing visitor figures to 400,000 by 2026.

The new museum’s objective is to be a bridge between the British Army and society and will encourage greater public engagement with ideas of defence and security, both past and present.

“The new National Army Museum is a bright, contemporary space where visitors of all ages can learn about the British Army past and present,” said Janice Murray, Director General. “The thematic galleries provide a space to explore and discuss the army and its relevance to society in ways that we sometimes would not imagine from fashion and films to flood defences and, of course, conflict. We are excited to welcome visitors to come and explore this story with us in the new Chelsea museum.”

Visitors will be able to explore how the army has adapted and evolved in the face of political and popular policy, changing circumstance and innovation to remain effective and achieve its objectives. The international story of the British Army will be told through paintings including portraits of Oliver Cromwell and Khudadad Khan VC (the first Indian Solder to win the Victoria Cross) as well as the first official representation of black soldiers in the army on the Regimental Colour of the West Indian Regiment.

The Battle gallery explores the British experience of battle from the 1640s to the present day. And the largest number of new acquisitions feature in the Society gallery where objects and stories are brought together to examine the army as a cultural as well as a military force. The gallery looks at the army’s impact on our customs, values and choices, from the toys (Action Man) and music including a new acquisitions of Jimi Hendrix by photographer Gered Mankowitz, this gallery will showcase the army’s often surprising influence on popular culture.

The Insight gallery examines the impact the British Army has had around the world. No other army has seen service in so many different countries or interacted with such a huge range of peoples and cultures.

Intended as a regularly changing exhibition, the gallery’s opening displays look at the army’s connection with Germany, Scotland, the Punjab, Ghana and Sudan. Communities from these areas have been involved in the creation of the gallery, sharing thoughts on their relationship with Britain, the army and the objects within the museum’s collection, such as a Nazi Car Pennant and a cup from the 1745 Jacobite Rebellion.