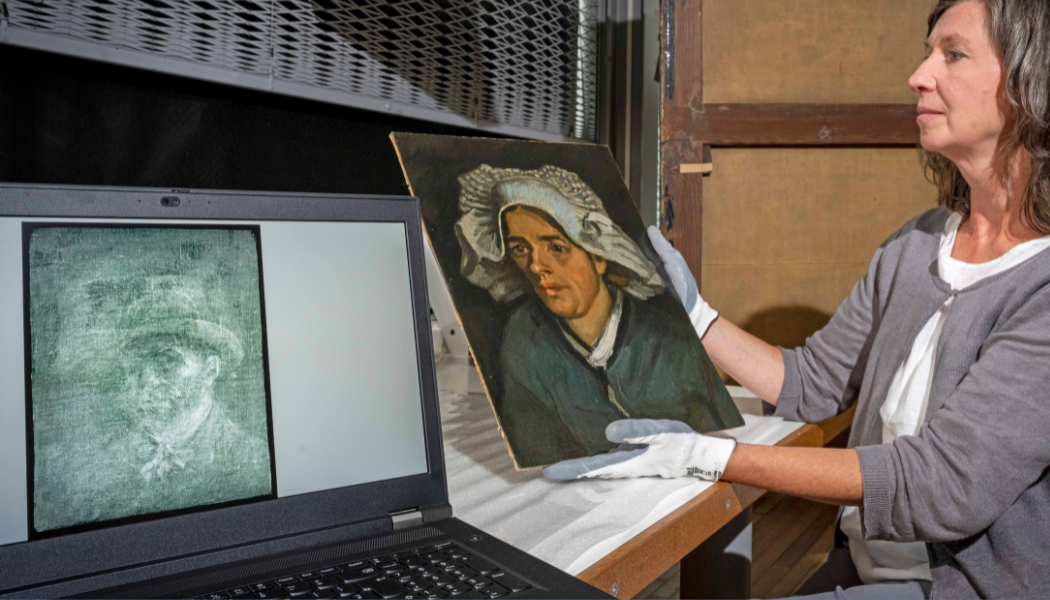 The find, on the reverse of an existing Van Gough piece, is to go on display as an x-ray in Edinburgh this summer.

The National Galleries of Scotland has discovered what it says is “almost certainly” a previously unknown self-portrait by Vincent van Gogh.

Believed to be a first for a UK institution, the image was revealed by an x-ray taken when art conservators examined Van Gogh’s Head of a Peasant Woman of 1885 ahead of a forthcoming exhibition.

Visitors will be able to see the x-ray image for the first time through a specially crafted lightbox at the centre of the display, which will be part of the exhibition A Taste for Impressionism (30 July–13 November) at the Royal Scottish Academy, Edinburgh.

The likely self-portrait, showing a bearded sitter in a brimmed hat and neckerchief, was found on the back of the canvas and is covered by layers of glue and cardboard. 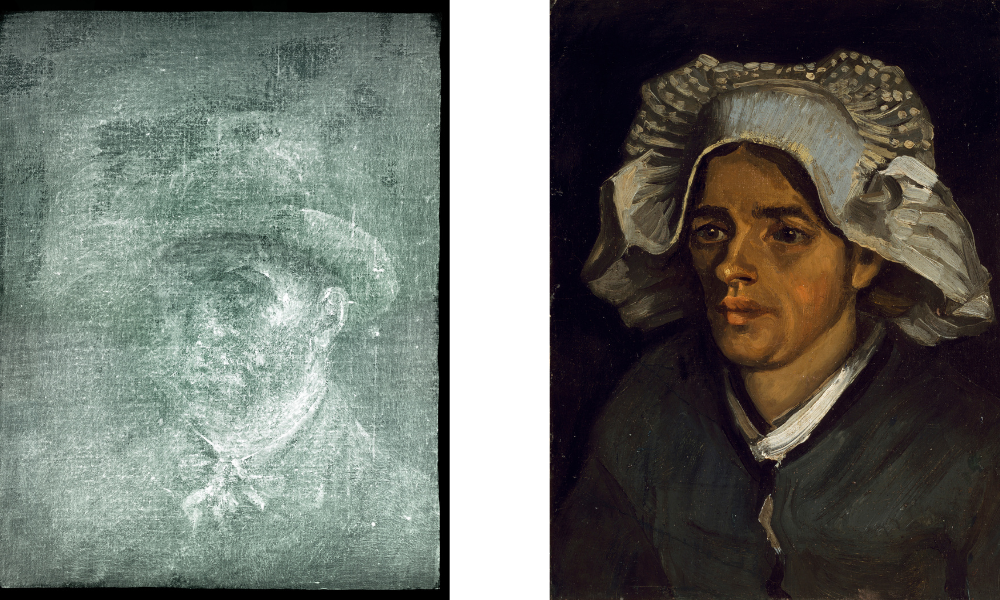 National Gallery Scotland experts said they believe the materials were applied ahead of an exhibition in the early twentieth century, as Van Gogh often reused canvases to save money.

While the process of removing the glue and cardboard will require delicate conservation work, the experts say it may be possible to uncover the hidden self-portrait without harming the original painting.

Professor Frances Fowle, Senior Curator of French Art at the National Galleries of Scotland, said: “Moments like this are incredibly rare.”

“What an incredible gift for Scotland, and one that will forever be in the care of the National Galleries. We are very excited to share this thrilling discovery in our big summer exhibition A Taste for Impressionism, where the x-ray image of the self-portrait will be on view for all to see.”

Once revealed, the hidden self-portrait will be part of a group of several such self-portraits and other works painted on the back of earlier canvases, with other examples in the Van Gogh Museum, Amsterdam. Others in the Metropolitan Museum of Art, New York; the Wadsworth Atheneum Museum of Art, Hartford, Connecticut; and the Kunstmuseum Den Haag.

Records in the Van Gogh Museum confirm that in 1929 the cardboard was removed from three of their Nuenen pictures by the Dutch restorer Jan Cornelis Traas, revealing the portraits on the verso.