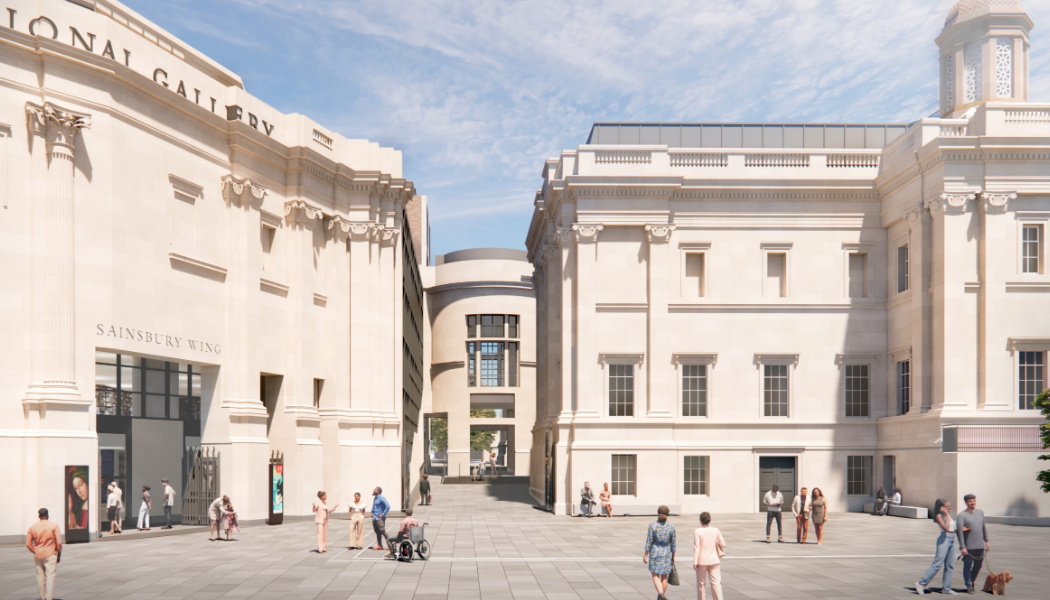 Set for 2025, plans for a redesign of its Sainsbury Wing and new public square are to go ahead.

The National Gallery’s plans for a series of adaptations to its buildings in celebration of its bicentenary are to go ahead after plans for the 2025 milestone were approved.

Westminster City Council has approved what the Gallery calls a “series of sensitive adaptations to its buildings on Trafalgar Square to create a world-class welcome”.

The Sainsbury Wing will be transformed, alongside major improvements to the Pigott Education Centre; Jubilee and the surrounding public area, it said.

The proposals will also result in a new accessible connection between the Sainsbury Wing and the Wilkins Building and the creation of a new Supporters’ House and Research Centre from back-of-house spaces.

The Sainsbury Wing remains a Grade I listed building, and the proposals by Selldorf Architects’ team will “balance the very fine quality of the Sainsbury Wing’s existing architecture with the Gallery’s desire to improve our visitors’ experience” it said.

The Sainsbury Wing has been fully decanted of works, with the most popular and significant paintings on display elsewhere in the Gallery. Reopening is scheduled for May 2025.

A new public square will be created in front of the Sainsbury Wing by incorporating a previously unused area in the southwest corner of the Wilkins Building to provide a direct accessible entrance to the new Research Centre.

The new areas are hoped to feature reduced energy demand through daylight and natural ventilation wherever possible, and the re-use of material as well as the acquisition of environmentally sustainable materials.

Director of the National Gallery, Dr Gabriele Finaldi said of the plans: “Selldorf Architects’ thoughtful interventions will help to make the Gallery entrance lighter, more accessible, and more visible as a public space. 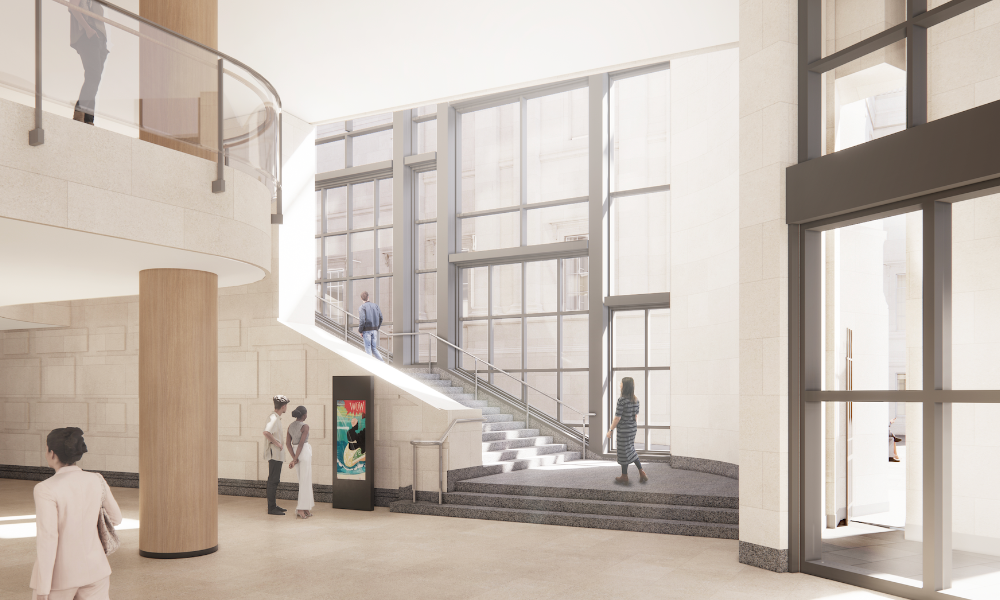 “We hope many visitors may step inside for the first time, and those who have come before, can experience a different start to their visit and view of our collection.’

Principal of Selldorf Architects, Annabelle Selldorf, added: “The exchange we have had over the last 18-months with all those who care about the Gallery, not just in Westminster, but around the world, is echoed in our plans and its dialogue with the existing buildings. We have retained the essential quality and features of the Sainsbury Wing whilst creating a space and arrival sequence that is welcoming to all.’

The plans have not been welcomed by all. Heritage campaign groups, alongside Denise Scott Brown, one of the original co-designers of the National Gallery’s Sainsbury Wing addressed Selldorf’s design.

“There are elements of tragedy – circus clowns are made up to look happy, but they’re not. This is a circus clown wearing a tutu.”

Addressing the criticism, the National Gallery told Architects Journal: “We take our responsibility as custodians of our buildings extremely seriously and recognise that making changes to important listed buildings always attracts different opinions.

“Visitors’ needs have changed considerably over the past 30 years and there are now double the number of visitors than the space was designed to accommodate.”