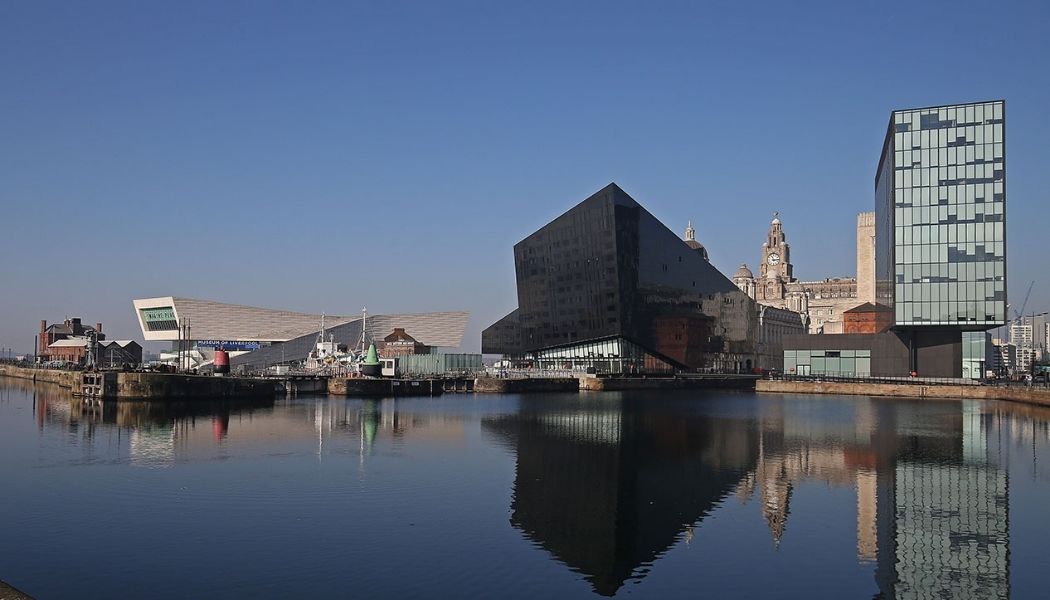 The team of three architects and one artist will “explore the power of architecture as a storytelling tool” and plans to bring the history of the transatlantic slave trade into the public realm through its design.

The Canning Dock competition, managed by Colander Associates, is supported by £120,000 of funding from the Liverpool City Region Combined Authority (LCRCA), as part of their Race Equality Programme.

This project is hoped to transform the area between the Royal Albert Dock and Mann Island, as well as revitalise waterfront facilities, as part of NML’s 10-year Liverpool waterfront redevelopment plan.

The brief was primarily to respond to the waterfront’s history, and to explore new ways to bring the history of the transatlantic slave trade more into the public realm through its designs. In doing so, the brief seeks to ensure Liverpool’s Black communities are engaged and represented throughout.

The project will begin with the redevelopment of the Dr Martin Luther King Jr Building, which sits next to the International Slavery Museum, which is itself to be updated having recently received £9.9m funding from The National Lottery Heritage Fund.

A new front door will lead to spaces to explore and investigate the transatlantic slave trade and legacies. 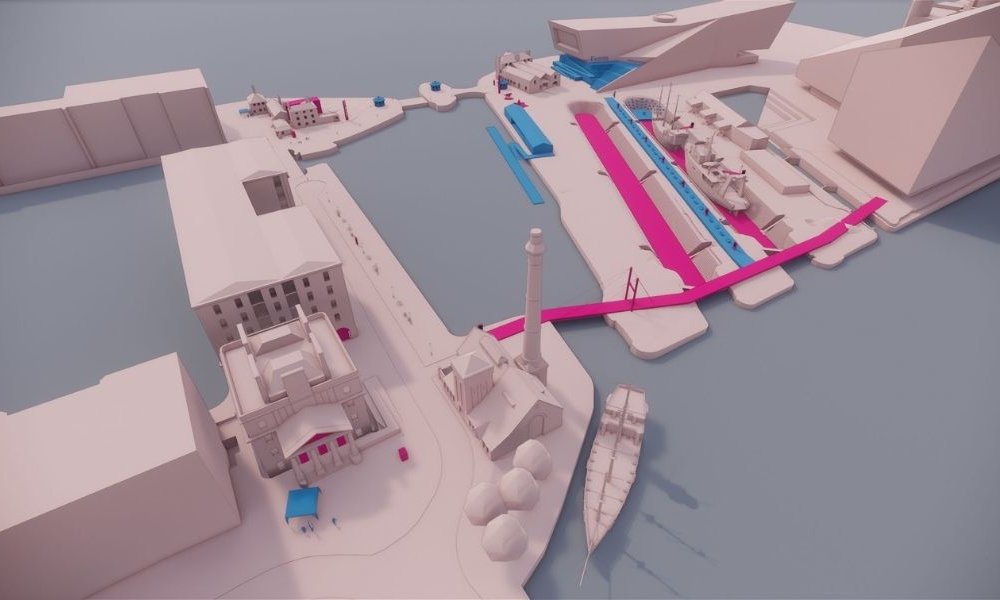 The team was the unanimous choice for the judging panel, which included local representatives as well as industry experts.

NML said that consultations and workshops will be facilitated by its community programming group which includes 20 Stories High, Writing on the Wall and Squash Liverpool to determine the best way to successfully animate the visitor experience on the waterfront.

NML are working to secure funds to realise the project, which includes a bid that was submitted by Liverpool City Council to the Government’s Levelling Up Fund to which the outcome will be announced in Autumn.

In response to the brief, the winning team will be focusing on the public realm (including a public art strategy), new bridges spanning from the Pump House to Mann Island, transformation of the two dry docks into an educational and cultural experience, and animation of the water. 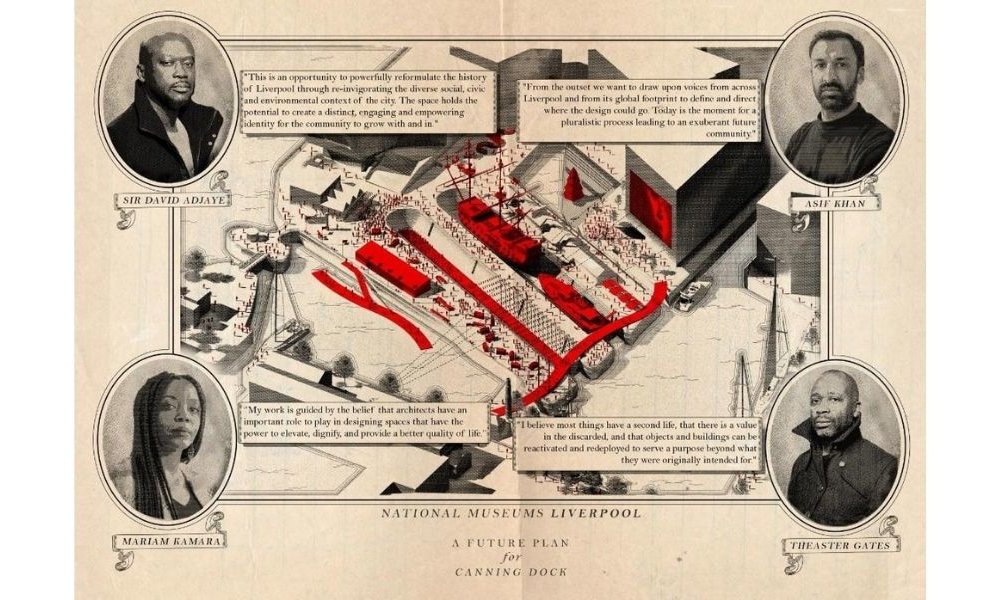 A graphic displaying the team and proposed build site

He described the team’s goal as “not simply to deliver a project, but to steward a significantly meaningful one into being. This new piece of history will welcome voices from across Liverpool and globally from the places and people connected with Canning Dock.”

Adjaye said the team will envision the NML Waterfront Transformation “as an opportunity to powerfully reformulate the history of Liverpool through re-invigorating the diverse social, civic and environmental context of the city.”

Kamara described the planned transformation as “a chance to explore the power of architecture as a storytelling tool to bridge the gaps in knowledge that exist about the history of Liverpool as well as this significant site.”

It is “an opportunity to pull on the threads that make up the history of the transatlantic slave trade – from Africa, across the Atlantic to the US and back to Liverpool – to bridge gaps, to exhume memories and ultimately bring to the fore an exciting space for the public to explore and engage with the history of Liverpool while firmly facing towards the future,” Kamara added.

Chicago-based artist Theaster Gates said the project “will not be an easy journey”, but that the team will “take the task with great humility and seriousness.”