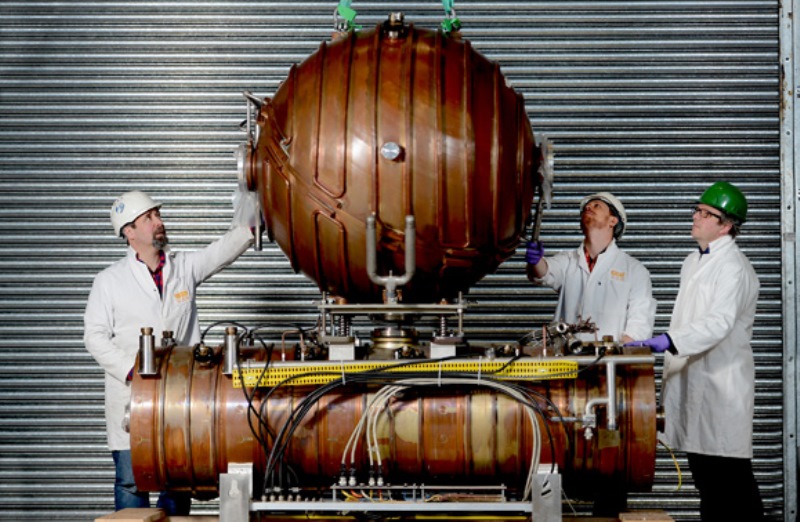 National Museums Scotland has acquired a copper accelerating cavity from CERN’s Large Electron Positron (LEP) collider. Donated by CERN (the European Organization for Nuclear Research), the 1.5 tonne copper cavity will go on display next year when six new science and technology galleries open at the National Museum of Scotland in Edinburgh

Resembling a diving helmet from Victorian science fiction, it appears an unlikely component for a device designed to unlock the secrets of the universe. Despite its 1.5 tonne weight, the accelerating cavity was nevertheless just a tiny part of LEP.

The largest and most powerful electron-positron accelerator ever built, LEP was constructed in 1989, in a 27km-long circular tunnel 100m underground at CERN’s research centre near Geneva, Switzerland. 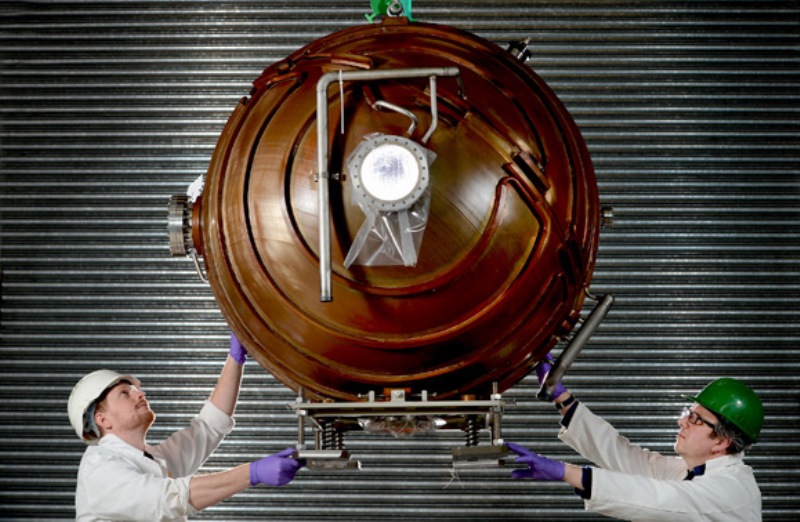 Tacye Phillipson, Senior Curator of Modern Science at National Museums Scotland, said: “CERN is at the forefront of current research into some of the most fundamental questions of physics, the very building blocks of the universe. The science and technology collections at National Museums Scotland reflect in various ways our efforts to understand these questions, and so we are delighted to be able to present a tangible, material link to this remarkable work in the forthcoming new galleries. What this particular object illustrates above all is the sheer quality of engineering required to enable the kind of scientific experiments carried out at CERN.”

In total, there were 128 of these accelerating cavities in LEP. Many are now used in science education and demonstrations around the world. The National Museums Scotland acquisition will be the only example on display in Scotland.

The 11 years of research conducted using LEP advanced understanding of the fundamental building blocks of matter and provided strong support for the Standard Model of particle physics. Experiments conducted using LEP proved that there are three – and only three – types of light neutrinos, and therefore probably only three generations in the two families of particles of matter.

Similar accelerating cavities, made of superconducting material rather than pure copper, are currently in use in the LHC, which has succeeded and replaced LEP in the same huge network of tunnels.

The six new galleries are part of  a £14.1 million project which will create ten new galleries displaying National Museums Scotland’s internationally important collections of science and technology, decorative art, design and fashion. Showcasing over 3,000 objects, display space for these exhibits will increase by over 40%, with three-quarters of them not having previously been on permanent display for generations.

The galleries will tell stories of discovery, invention and innovation in engineering, manufacturing, transport, telecommunications, energy, chemistry, physics and the life sciences. Displays and objects will highlight the contributions of eminent Scottish scientists such as Sir James Black, Sir David Jack, James Clerk Maxwell, Sir David Brewster and Professor Peter Higgs as well as stories and objects from around the world.

The new galleries will position the National Museum of Scotland as a centre for science engagement in Scotland, encouraging and inspiring people of all ages to develop an interest and awareness of scientific subjects.