The Scottish centre for scientific engagement is an ambitious plan to utilise Scotland’s world-class collections of science and technology and make the Museum a major hub for science communication and dialogue in the UK and beyond.

The science and technology collections held by National Museums Scotland cover a remarkable range of time and subject areas, from scientific instruments made in the eleventh century to cutting edge 21st century technology.

Across the new galleries, real objects and engaging interpretation will tell inspiring stories about scientists, technologists and engineers including those with Scottish connections, past and present.

Dr Gordon Rintoul, Director of National Museums Scotland, said: “Championing excellence and innovation, the new Science and Technology galleries will provide inspiration for the scientists and engineers of tomorrow. The generous support of the Wellcome Trust will enable us to reveal the richness and complexity of science, especially biomedical science, for our public, engaging and inspiring audiences for years to come.” 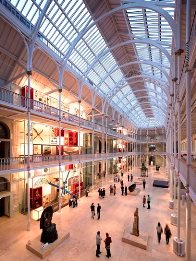 The six new galleries are part of a £14.1 million project which will create ten new galleries displaying National Museums Scotland’s internationally important collections of science and technology, decorative art, design and fashion. Showcasing over 3,500 objects, display space for these exhibits will increase by over 40 per cent, with three-quarters of them not having previously been on permanent display for generations.

In addition to the grant from the Wellcome Trust, major commitments have already been secured towards the project from the Heritage Lottery Fund, the Scottish Government, grants and donations.

The Wellcome Trust support will particularly focus on biomedical science and the topics covered will include the science of genetics (where Dolly the sheep will be a focal point), the development of new pharmaceuticals (including the work of Scottish Nobel Prize winning scientist Sir James Black to develop Beta Blockers and other medicines) and advances in prosthetics and body implants.

A key element of the displays will be a focus on contemporary developments, with a strong focus on encouraging debate and discussion. 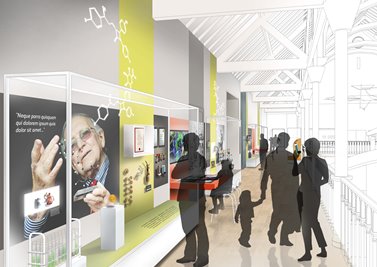 The displays aim to encourage debate and discussion

Clare Matterson, Director of Strategy at the Wellcome Trust said: “From discovery to display, with plenty of debate along the way, the objects held in these collections represent some truly fascinating stories about biomedical science and those who helped to shape our understanding of it.

“The Wellcome Trust is delighted to support National Museums Scotland in the development of their new Science and Technology galleries, which will begin a new phase in the lives of these objects and provide a wonderful opportunity for the public to engage with the stories behind them.”

An extensive new programme of activities and events will provide visitors with opportunities for deeper engagement with the science collections and scientific issues. These will support a vibrant new approach to gallery interpretation with a series of interactive, object-led and content-rich displays.

For families, a new strand of activity will introduce scientific concepts through a mixture of in-gallery demonstration, object handling and performance. Schools will be able to select a variety of activities from workshops, online learning programmes, and there will be opportunities to gain access to scientists and industry specialists for senior pupils who might consider scientific careers.

Peer-led gallery tours by and for young people will provide an opportunity for the development of science communication skills, and science-themed versions of the hugely popular Museum Lates programme will invite young people to engage with the collections in new and surprising ways in the evenings.

The development is the third stage of an ambitious £80 million Masterplan to restore the much loved Victorian building to its former grandeur, reveal the remarkable treasures of National Museums Scotland’s collections and create inspiring visitor experiences.

The second phase was completed and opened to the public in the summer of 2011, presenting 16 new galleries exploring the Natural World and World Cultures.