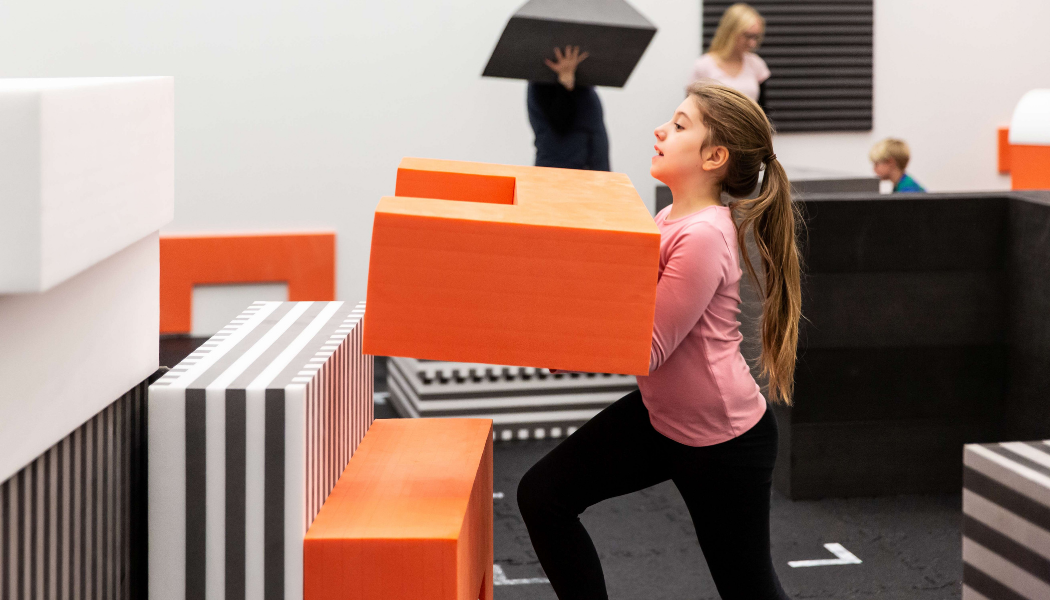 The contemporary artist’s play-focussed installation is the first announced at the ‘Wonderlab’ area set to open in Spring 2023.

The National Railway Museum in York has commissioned artist Pippa Hale to create a headline installation for its new £5m ‘Wonderlab’ gallery.

The installation features a collection of large interactive blocks that will encourage visitors to build and play together, and is the latest iteration of Leeds-based Hale’s interactive play environment ‘Play Rebellion’ which was previously installed at BALTIC Centre for Contemporary Art in Gateshead.

Hale said the installation “will have fixed and moveable parts that visitors of all ages can use to create their own structures.

“The new shapes are inspired by drawings, plans and photographs from the museum’s own archives in terms of form and colour.”

The artwork will be produced in partnership with the Snappy Trust, a York-based charity which will ensure the space can be enjoyed by young people of all abilities.

As well as the artist commission, a further 15 gallery exhibits have been commissioned from three suppliers including Unusual Projects based in Elvington and Amazing Interactives based in Thornaby-on-Tees. 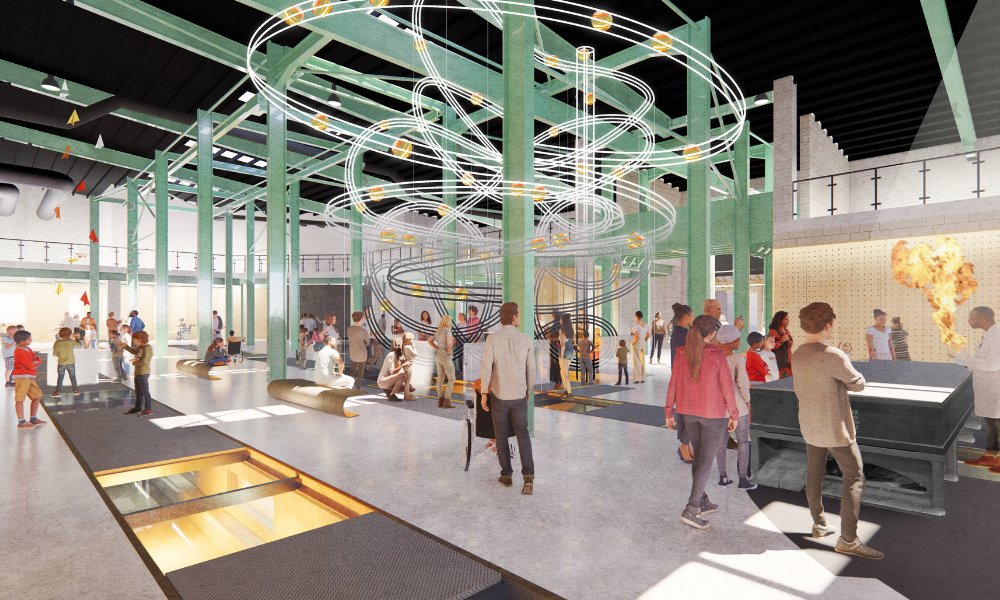 A visual of the upcoming Wonderlab © De Matos Ryan

A second artwork will be commissioned before the gallery opens to the public.

Wonderlab, which is supported by Friends of the National Railway Museum, Royal Commission for the Exhibition of 1851, and The Holbeck Charitable Trust, will be constructed on the site of the museum’s Workshop.

It is part of the National Railway Museum’s £55.3m ‘Vision 2025’ development which will see widespread transformation across the museum’s galleries and buildings.

The National Railway Museum was recently named among locations set to receive a boost from the new Budget.

The Museum said the new area will retain some of the Workshop’s original features such as the locomotive wheel drop and the crane which will be incorporated into the final design.

The decant of equipment and machinery has begun and is expected to be complete by early 2022. Building work is expected to last around a year beginning in Spring 2022 with a completion date of Spring 2023.