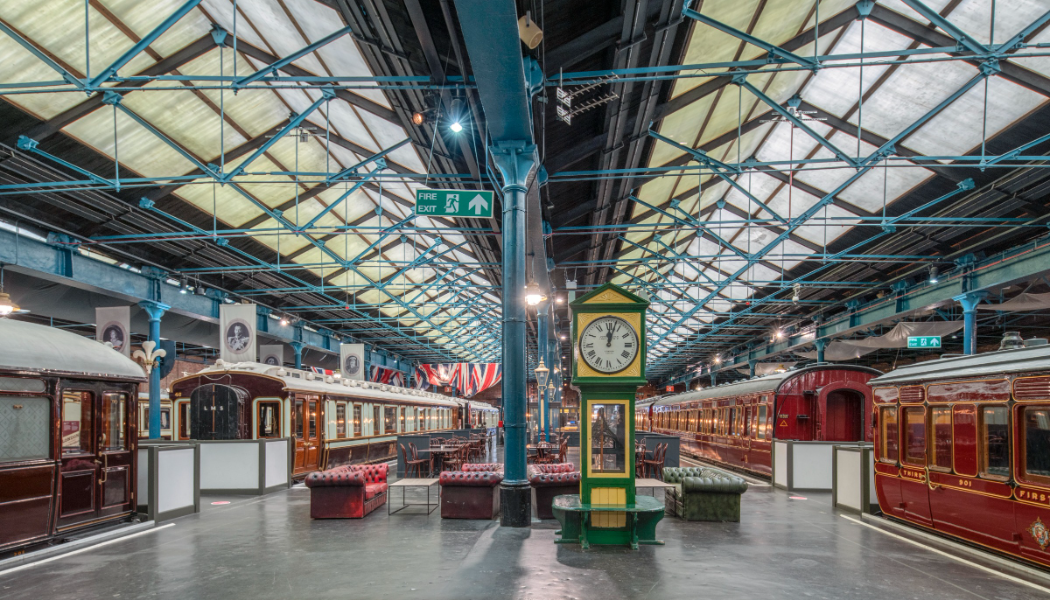 The National Railway Museum’s Station Hall will close temporarily next year to allow for urgent structural repairs to take place.

The building and the museum’s South Yard outdoor area will close on 3 January 2023 for an expected 18 months, but the museum’s Great Hall and North Shed buildings will remain open to visitors during the works.

The restoration is part of a wider redevelopment project called Vision 2025, which also includes Central Hall, a new building which will sit at the heart of the site, and a new interactive gallery for families called Wonderlab: The Bramall Gallery.

The restoration project will see a new roof installed which is hoped to provide a thermally efficient solution to protect the collection and preserve the Grade II-listed structure.

The building’s wooden doors at the rear and side of the hall will also be removed and replaced by thermally efficient glazing.

The £10.5m programme of work will be funded by the Department for Digital, Culture, Media & Sport. Heritage architects Buttress have been appointed to design the roof and are lead consultants on the project with a main roofing contractor due to be appointed in March 2023.

Before the roof work can begin, the rail vehicles in Station Hall – which include a collection of six royal carriages and Stephenson’s original Rocket – will be protected by the conservation team.

Charlotte Kingston, Head of Interpretation, Design and Communication, said the condition of the existing roof “meant that temporarily closing the hall was the only viable option to enable us to protect and preserve this unique listed structure.”

A project to redisplay Station Hall’s permanent exhibition announced in 2020 and funded by the Friends of the National Railway Museum, will go ahead ready for the refurbished hall to reopen in 2024.

Porterbrook, a British rolling stock company which owns almost a quarter of the national passenger rail fleet, recently announced significant support for the National Railway Museum with a £2.5m sponsorship agreement for the new ‘Railway Futures Gallery’ – a key component of the museum’s Vision 2025 masterplan.