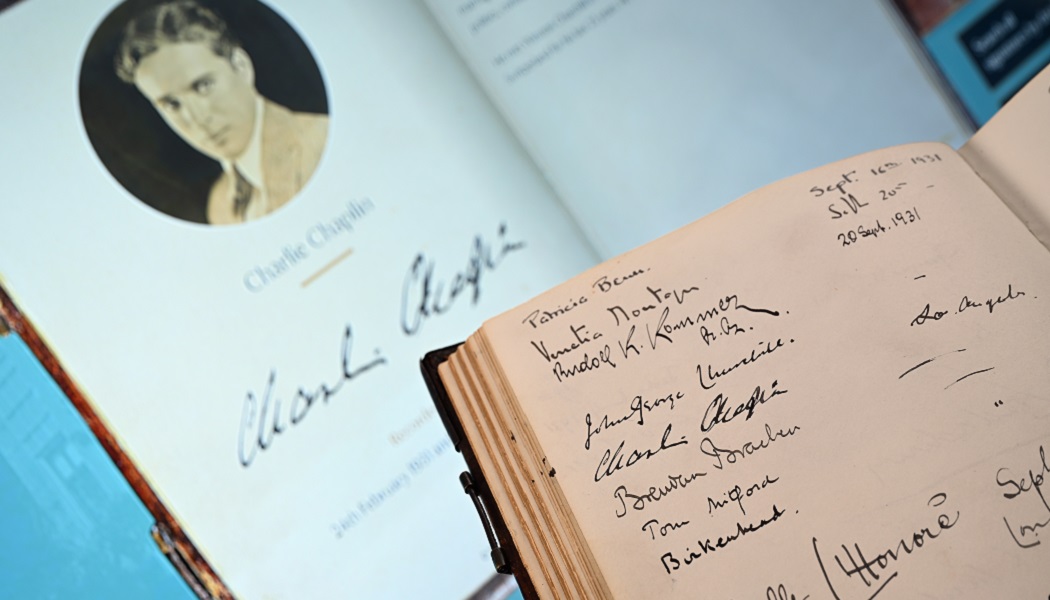 The National Trust has digitised the entries of the visitors book at Chartwell, Churchill’s former home in Kent. Signatures from over 700 guests who visited the estate between 1924 and 1964 are now available to the public via a new interactive resource.

Four decades of comings and goings are charted on the new platform, with 20th century icons and public figures such as Charlie Chaplin, Christabel Pankhurst and David Lloyd George all having penned entries. Royalty also feature in the records, with the Queen Mother and Princess Margaret both having been to Chartwell during this period.

The new tool enables visitors to scroll through or search the handwritten entries of more than 700 personalities who visited while Churchill was in residence. 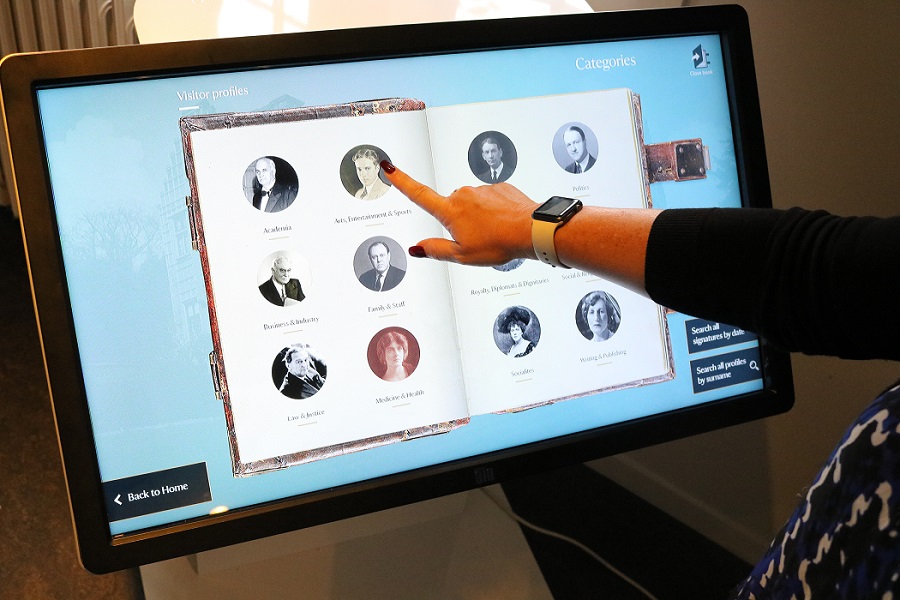 “From the moment the Churchills moved into the house in April 1924, they kept a Visitors Book. This gives us a unique insight into their world, through what is perhaps the single most important record of their private life in existence,” Katherine Carter, Chartwell’s project curator, explained.

“There are also a few people who we know visited but for some reason didn’t sign the Visitors Book, such as Albert Einstein. Others may not have wanted to sign, such as Fabian von Schlabrendorff who had been part of the German resistance against Hitler,” she added. 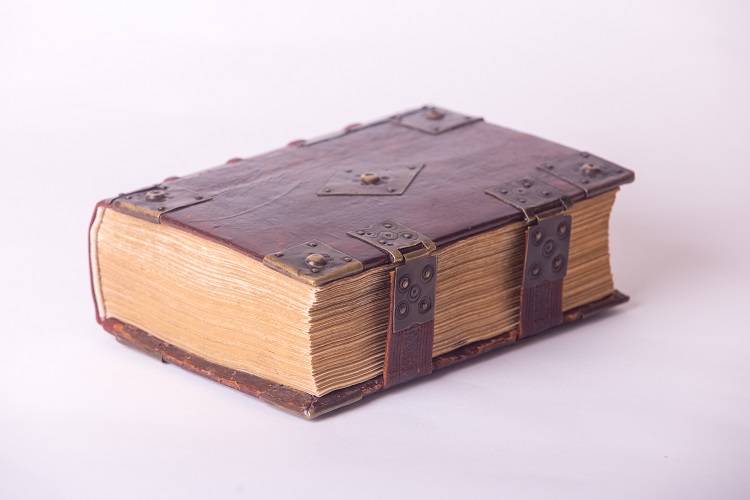 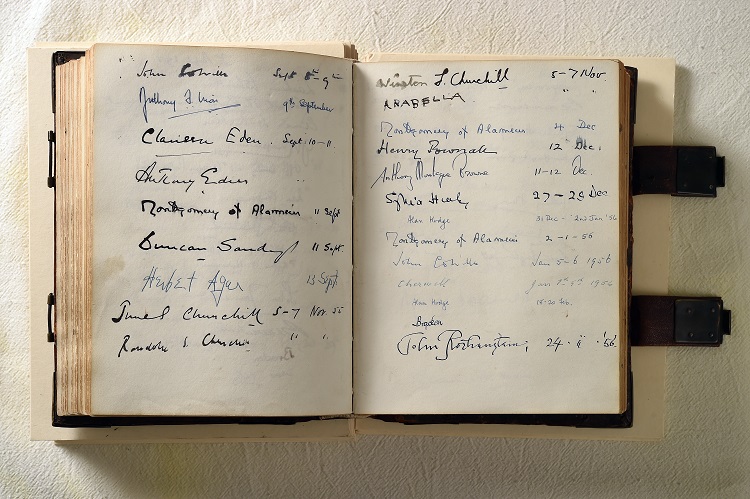 Since 2017, a team of 16 volunteers have researched 2,361 signatures from 773 visitors to Chartwell. A fully interactive, searchable database now allows visitors to the estate to search through names by category and discover more about the lives, stories and careers of those who frequented the house.

“Our volunteers have been instrumental in giving this remarkable piece of history a voice, and thanks to their exhaustive research we have been able to identify almost everyone who signed the Visitors Book across 40 years,” Zoë Colbeck, Chartwell’s general manager, noted. “When the volunteers started their research, there were 132 names that couldn’t be deciphered but they have managed to identify almost all of them.” 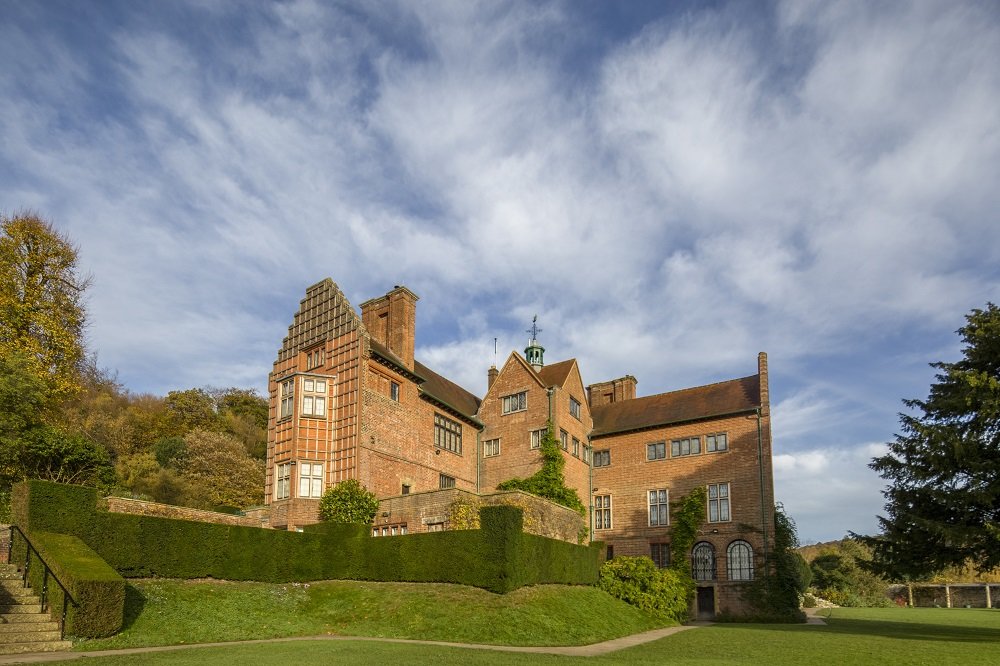 The house and garden at Chartwell © Nick Dougan/National Trust Images

The digitisation has been funded by the National Trust’s Churchill’s Chartwell Appeal; support which enabled the conservation charity to acquire and display hundreds of objects that belonged to Churchill in his former home that was gifted to the nation.

Other bodies to have supported the project include the National Lottery Heritage Fund, The Royal Oak Foundation, The Wolfson Foundation, The Beaverbrook Foundation and private donors. National Trust centres and associations along with public donations also contributed to the initiative.