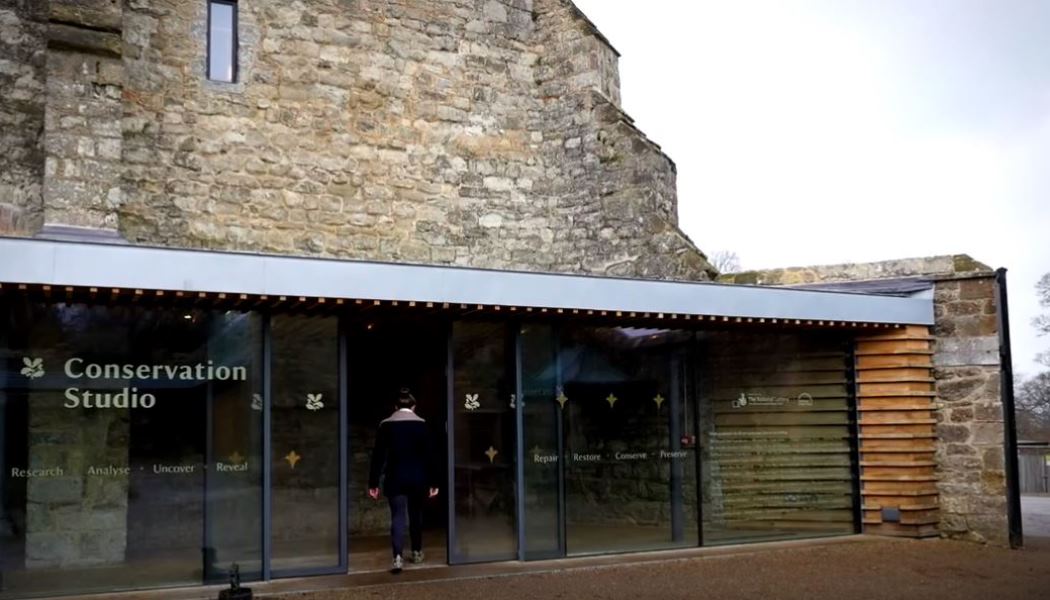 The new conservation studio, which will be open to visitors, is part of a £19.8m building, conservation and restoration project – the largest in the Trust’s history – to rescue Knole House, a former archbishop’s palace opened in 1456

The National Trust has opened a new conservation studio in a former Archbishop of Cantebury’s palace in Knole, Kent. The studio will employ a permanent team of specialist conservators to clean, repair and treat objects and will be the first based at a Trust property to open year-round that will demonstrate the expert techniques and cutting-edge technology used to protect the nation’s heritage.

The opening of the studio has been interwoven into a project, supported by a HLF grant of £7.75m, to upgrade, repair and re-present Knole House’s grandest rooms and open domestic spaces that have never been seen before.

Since the National Trust acquired the property in 1946, it has faced a running and expensive battle with leaking roofs and windows, damp, moths and woodworm which have all put Knole’s collection of furniture, paintings and textiles at risk.

Now the new two-storey conservation studio has been created on site within a former medieval barn to ensure the care of these objects and provide a permanent space for the conservation of these and other Trust collections in the future. 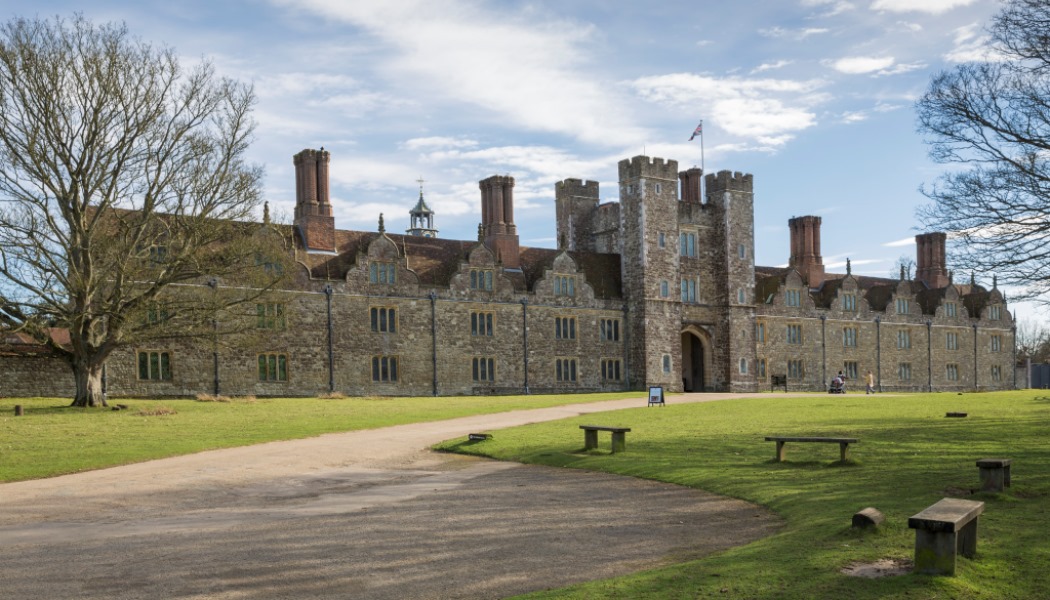 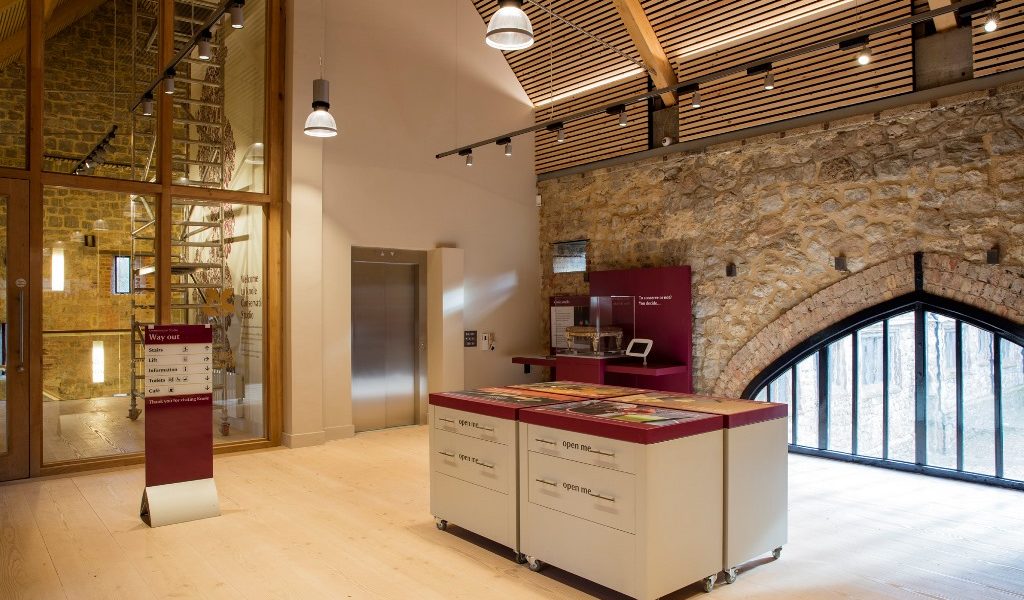 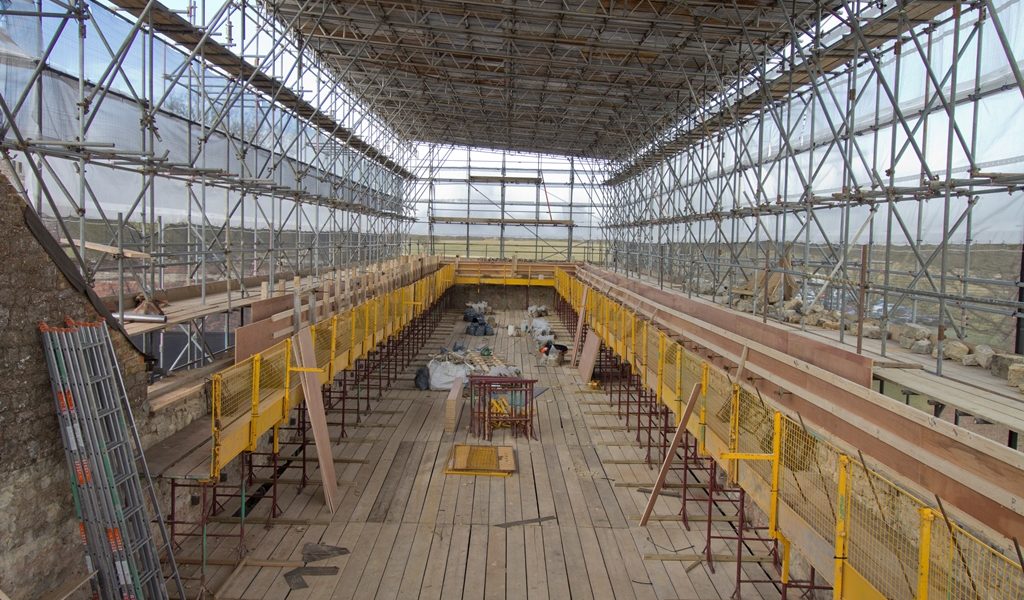 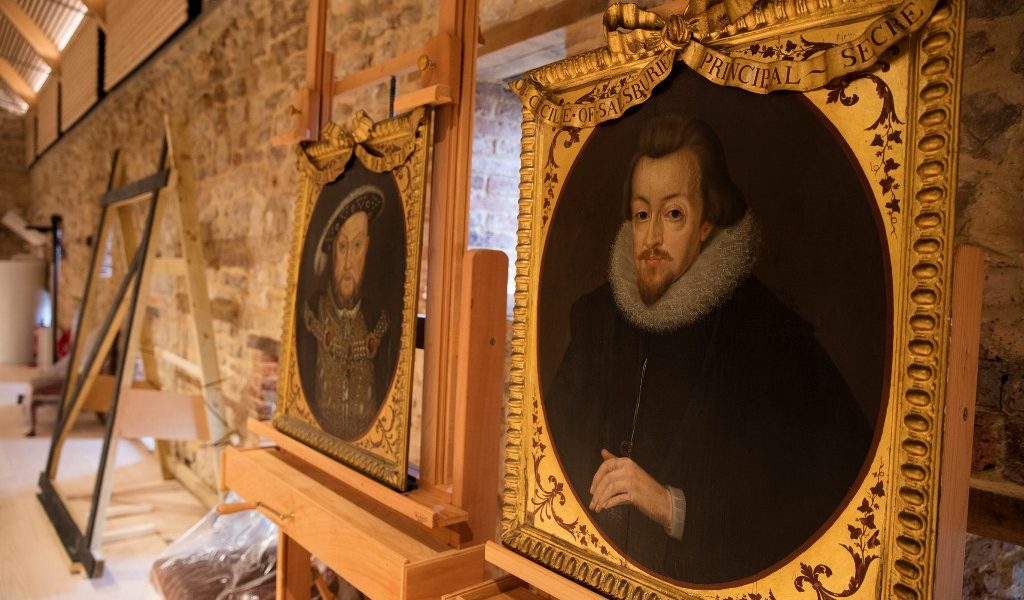 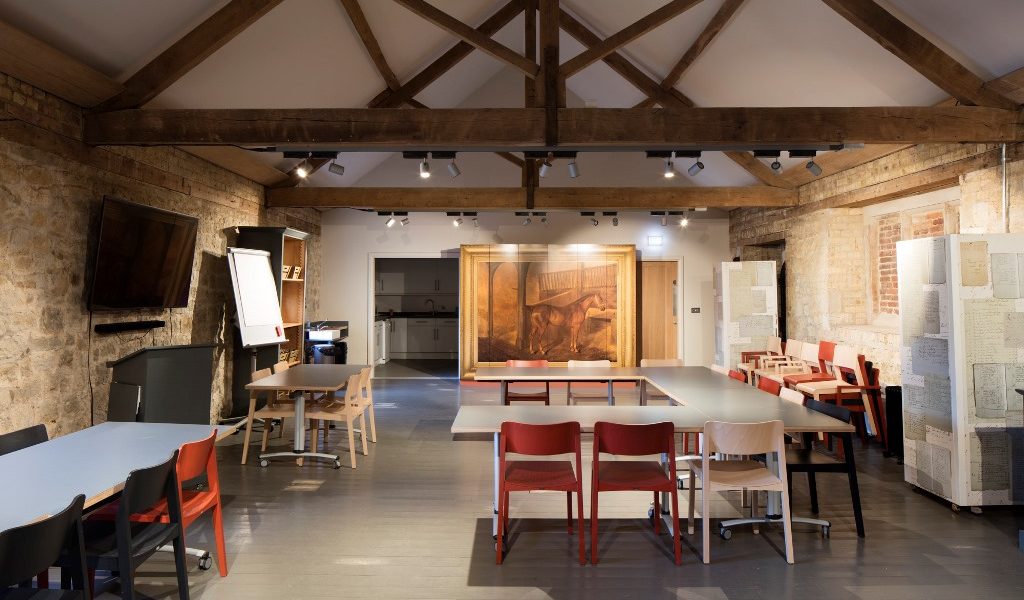 “The new conservation studio will allow us not only to care for our own collections but to take in work from other Trust houses and external organisations in the future, and offer work-based training, which will make Knole a national centre for conservation excellence,” said Hannah Kay, Knole’s General Manager says. “We have a wealth of conservation expertise in the Trust and we can now share this with our visitors who will be able to see the latest conservation techniques in action for themselves and talk to specialists and volunteers about the work that goes into looking after some of the country’s most important treasures.”

Knole House is one of Britain’s most important and complete historic houses with a colourful past. Today it is a preserved and complete early Jacobean remodelling of a medieval archiepiscopal palace, which was built and extended by the Archbishops of Canterbury after 1456, from an earlier manor house. It then became a royal possession during the Tudor dynasty when Henry VIII hunted here and Elizabeth I visited. It was also the home of the Sackville family for 400 years and the inspiration for Virginia Woolf’s iconic novel Orlando.

Treasures at Knole House include many pieces of rare Stuart furniture, some acquired from Royal palaces by Charles Sackville, 6th Earl of Dorset when he was Lord Chamberlain in the seventeenth century.

Visitors to the historic house will be able to view the new studio as well as its showrooms that are re-opening following completion of the first phase of building and restoration work.

The completed Showrooms include the King’s Bedroom, with its suite of silver furniture and seventeenth century State Bed designed for a visit from James II, and the Cartoon Gallery, with six full-height restored copies of paintings known as ‘cartoons’ or working designs for tapestries by the Renaissance artist Raphael.

Part of the restoration project has included the installation of controlled heating systems to protect the collections, along with bespoke new lighting to transform the once gloomy rooms and make it much easier for visitors to see and enjoy the interiors.

More new spaces that have been restored and opened for the first time include the Gatehouse Tower, which was inhabited by novelist and music critic Eddy Sackville-West in the 1930s. A new café, shop, visitor centre and learning centre have also been completed. Knole’s remaining Showrooms and unseen attic spaces from its final phase of work will open in spring 2019.