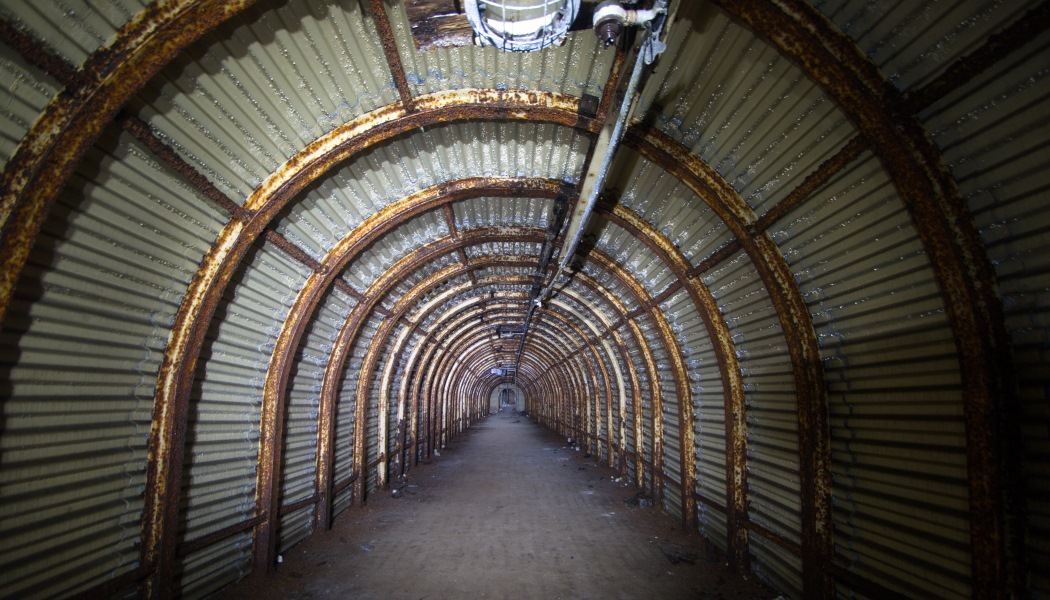 Forgotten since the Second World War, a labyrinth of tunnels built on the order of Winston Churchill beneath the White Cliffs of Dover opens to the public todayfollowing nearly two years of conservation

Fan Bay Deep Shelter was constructed in the 1940s as part of Dover’s connected offensive and defensive gun batteries, designed to prevent German shipping moving freely in the English Channel. The shelter accommodated and catered for four officers and up to 185 men of other ranks during counter bombardments, but was decommissioned in the 1950s and filled in during the 1970s.

Originally carved out of the chalk in just 100 days by Royal Engineers from the 172nd Tunnelling Company, the shelter had five large chambers providing bomb proof accommodation with space in between bunks designated for rifles, as well as a hospital and a secure store. Both the deep shelter and gun battery were personally inspected by Winston Churchill in June 1941.

The tunnels are located underneath land purchased by the National Trust in 2012 after a successful public appeal raised £1.2million as part of the Neptune coastline campaign.

Since the rediscovery of the tunnels, a team of over 50 National Trust volunteers, two archaeologists, two mine consultants, two engineers and a geologist have spent nearly two years excavating and preparing them to be opened to the public.

Now specialist guides will lead hard hat and torch-lit tours deep into the heart of the White Cliffs, telling the story of the tunnels’ creation, use and final abandonment in the 1970s.

Jon Barker, visitor experience manager at the White Cliffs comments: “This re-discovered piece of the country’s Second World War heritage is a truly remarkable find. There’s been no public access to the tunnels for over 40 years and so they remain much as they were when they were abandoned. We’ve carried out extensive conservation work to preserve both the natural decay and authentic atmosphere of the space. After spending 18 months working below ground to literally uncover its long-kept secrets, we hope visitors will be as intrigued by the tunnels as we are”. 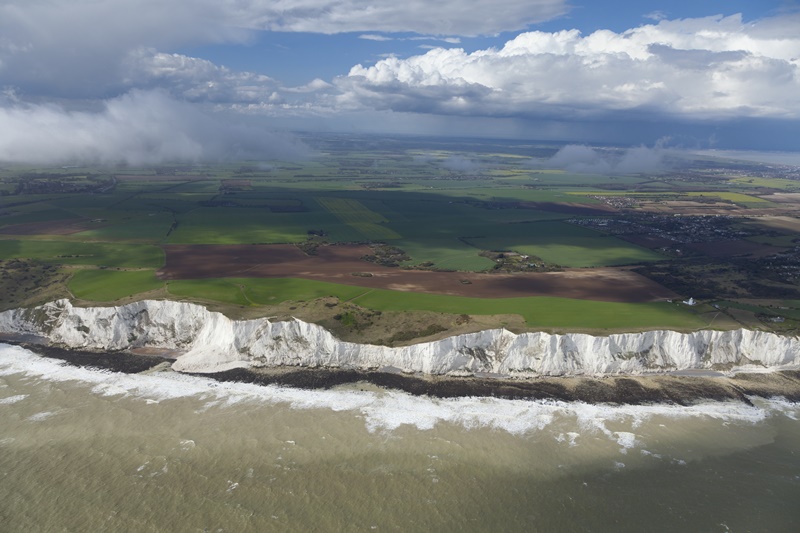 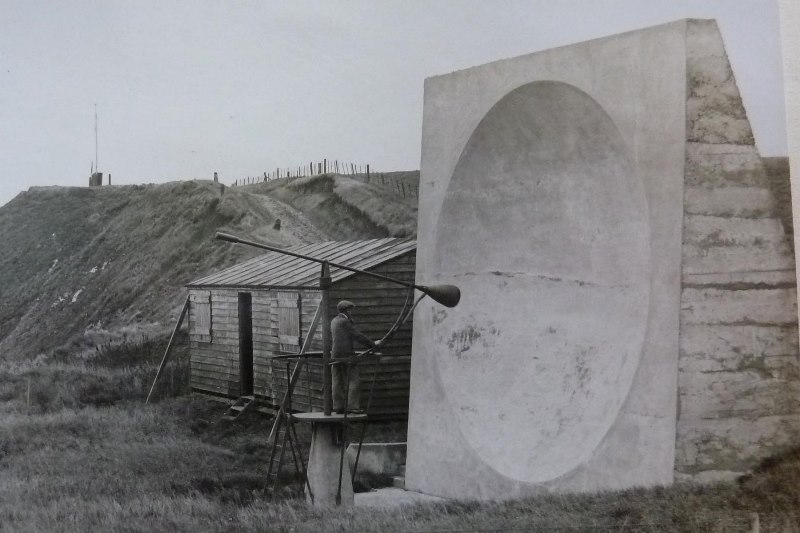 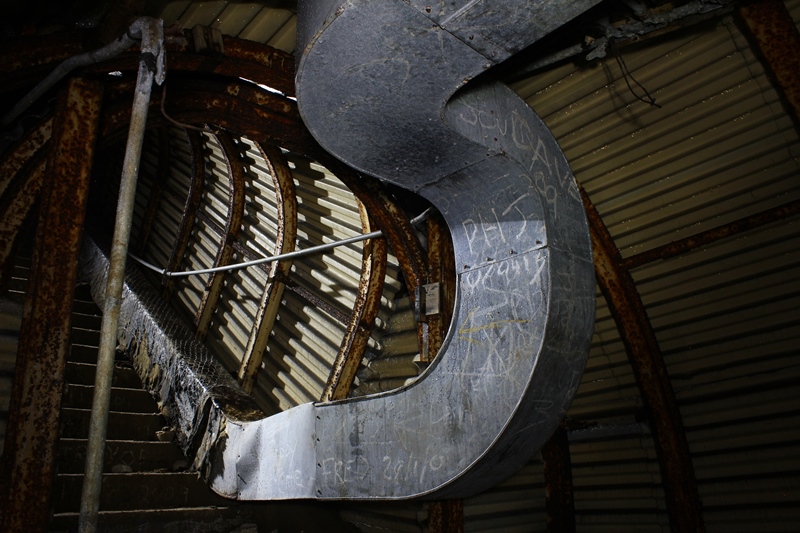 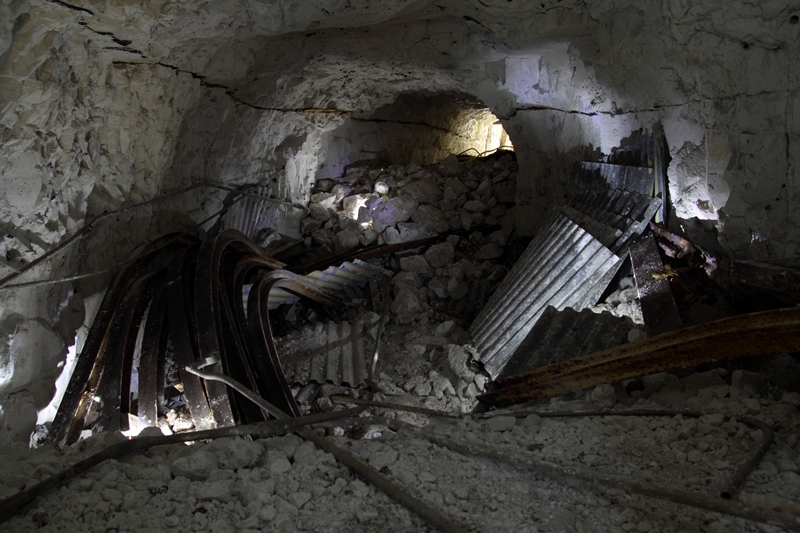 The shelter is the largest of its kind in Dover and one of the deepest recovered from the time, at 23 metres below the surface. Visitors descend the original 125 steps into more than 3,500 square feet of tunnels, reinforced with heavy duty iron girders and metal sheeting, which were once manned by troops from the 203rd Coast Battery, Royal Artillery, later becoming the 540th Coast Regiment, Royal Artillery.

The original entrance has been restored above ground and over a hundred tonnes of soil and rubble were removed by hand from inside the tunnels to make them accessible once again. During the work a number of poignant reminders of the tunnels’ history were discovered and will feature as highlights on the guided tours:

Visitors to the tunnels will also be able to see two historic sound mirrors which form part of the site. Uncovered by the National Trust in November 2014, the two rare First World War mirrors were incorporated as part of the tunnel’s blast walls and exit onto the cliff face. One of the first early warning devices invented in the UK, sound mirrors gave advanced notice of approaching enemy aircraft but had become obsolete by the invention of radar technology in 1935.

Gordon Wise, volunteer at the White Cliffs comments: “It’s been thrilling to be involved in the project right from the start. Seeing the tunnels in their raw state when they were first discovered, handling artefacts and giving tours is like standing in the footsteps of history. To be part of the digging team, mirroring the work the Royal Engineers originally took to excavate the shelter, was very special. I can’t wait to see what visitors make of Fan Bay Deep Shelter; I hope they’ll surface having experienced something truly unique”.

The work to excavate the tunnels has been part funded by a Landscape Heritage Grant through the Up on the Downs Landscape Partnership Scheme, a Heritage Lottery Fund project. It has also been supported by donations from Subterranea Britannica, an archaeological society which studies underground sites.

Tours of Fan Bay Deep Shelter will operate daily until 6 September 2015, from 10.30am. Tours will then run Monday – Friday only until 30 September, with a view to extend later into the year depending on weather conditions.

The National Trust is asking for help identifying the men from the 172nd Tunnelling Company, the 203rd Coast Battery and 540th Coast Regiment, Royal Artillery – or any other individuals who served at Fan Bay gun battery and Deep Shelter. If you can help, please contact the White Cliffs via the website or 01304 202756.

Unusual finds in the tunnels

Graffiti – a large amount of war-time graffiti survives in the tunnels, thought to be more so than any other underground site. Graffiti includes names of military personnel, a popular political slogan used by socialist sympathisers, coarse inscriptions and ditties found close to toilets, and several drawings carved into the chalk, including a running man and a young man’s face

Pieces of wire twisted into hooks by soldiers – many homemade hooks were found throughout the shelter, fashioned from a variety of materials, suggesting they were patched together by soldiers from anything they could find

A needle and thread tucked into the tunnel wall – one of the first discoveries when volunteers entered the tunnels, the needle and thread was found level with the height of where a top bunk bed would have once stood. The thread appears to be khaki woolBullets – British .303 cartridges were discovered alongside American 30 calibre ammunition rounds throughout the tunnels, often tucked into small gaps in the metal sheeting.