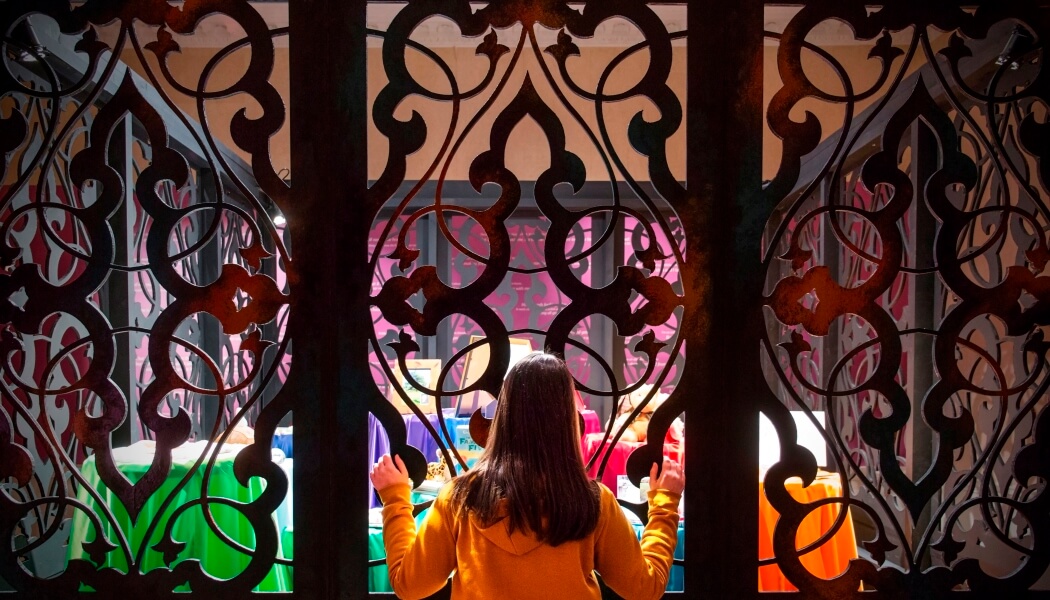 Main Image: A young visitor peers into the new artwork created for the What is Home? exhibition at Croome Court. Photograph by Jack Nelson
Share

Famous as the home to the Earls of Coventry and designed by Lancelot ‘Capability’ Brown, the 18th century Croome Court was also a school for boys from 1948-1978. The Neo-Palladian mansion was sold to the Archdiocese of Birmingham following the death of the 10th Earl of Coventry (its contents auctioned off some to The Met in New York others to the V&A) and became St Joseph’s School for Boys.

The new exhibition What is Home is a culmination of a ten-year relationship with ex-pupils, some of whom hold an annual reunion at the historic house. The exhibition invites visitors to reflect on the boys’ experiences and those of children currently cared for in Worcestershire through 96 objects donated by them accompanied by personal messages displayed on a wall. What is Home has seen the Croome Team work with Heritage Education Leaders Group West Midlands through Arts Connect on a research project focused on how to tell challenging histories.

What is Home is delivered by the National Trust as part its Trust New Art programme of contemporary art (launched in 2009) in partnership with the Green Fingers Project – part of Worcestershire County Council’s Children, Families and Communities Directorate – and Chatback Productions.

Artist Kashif Nadim Chaudry has worked with former pupils of the school, some of whom now volunteer at Croome, and with children currently living in care, to ask what home means to them. 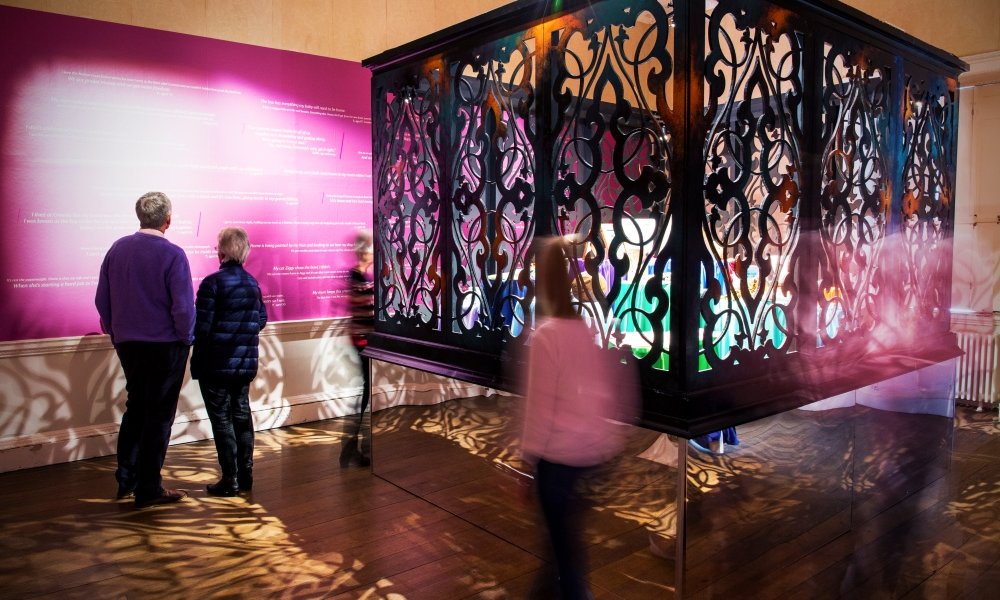 The artwork consists of a large box with intricately detailed fretwork which houses the personal objects, some set in motion within the structure, representing the participants’ transitionary lives. Photograph by Jack Nelson

Each participant has answered the question through a personal object they have loaned to Croome for a new artwork which will feature in the exhibition. The objects have been loaned by the participants, the youngest just 17 months old, the eldest 70.

These personal objects include a pink bootie that represents safety and warmth, pennies that can finally pay for a lost mother’s trip to visit her sons, and a rosary that began a lifelong devotion – each object telling the story of an uncommon life.

“The word ‘home’ means something different to everyone and some people may not even feel that they have a home,” said Rachel Sharpe, Croome’s Creative Partnerships Manager who has 14 years’ experience working with children in the care system and was artistic director at Chatback Productions from 2006-2016. “Croome is a place where people other than the aristocracy have lived, and this project is about giving those people a voice. We’ve collaborated closely with ex-pupils of St Joseph’s and children in care at each stage of the project, learning from their unique life experiences. Nadim has collected and curated these extraordinary and poignant testimonies through expertly crafted workshops and conversations, which have resulted in a thought-provoking artwork of artistic and social significance.” 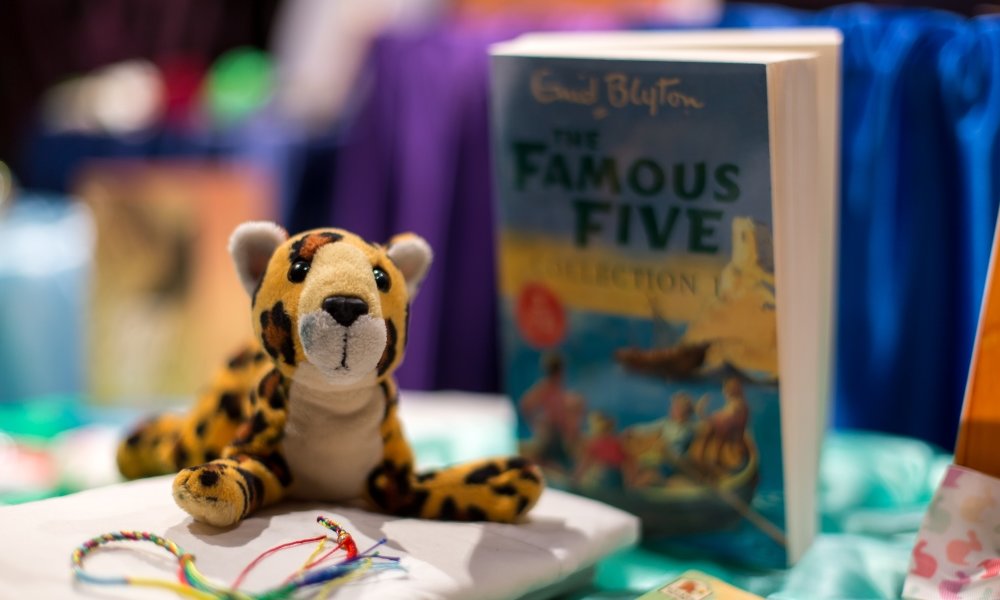 Croome volunteer Pete Chlebko, who was an ex-pupil of St Joseph’s School for Boys, donated a Famous Five book by by Enid Blyton. Photograph by Jack Nelson

Accompanying testimonials have been compiled by writer William Gallagher and are placed around the room, explaining each object’s significance and the story behind its inclusion.

These include an item from Croome volunteer Pete Chlebko, who was an ex-pupil of St Joseph’s School for Boys, which enrolled 140 boys at a time with approximately 15-20 nuns as teachers. He said: “My item is a book written by Enid Blyton from the Famous Five series. I loved to read these books when I was little, my mum used to send them to me when I was in care before I came to Croome.  But when I got to St Joseph’s I wasn’t allowed to read books like this, and I missed my books.”

D, aged 15, donated a card and an empty McDonald’s Chicken McNugget box and said: “After my mum left me, I would bring this card from her and go into Worcester to buy nuggets. They are warm and safe and always the same, you can rely on them.”

Joanne Frost, community and leisure development officer for the Green Fingers Project said What is Home had given ‘Worcestershire Looked After Children an amazing opportunity to be involved with a National Trust project of significant local importance’. “The project has been about giving our young people new opportunities they would not otherwise have had,” she said.

After exploring the artwork, visitors will have the chance to see original items that remain from the time when St Joseph’s School was housed at Croome and watch a film showing how the project was developed.