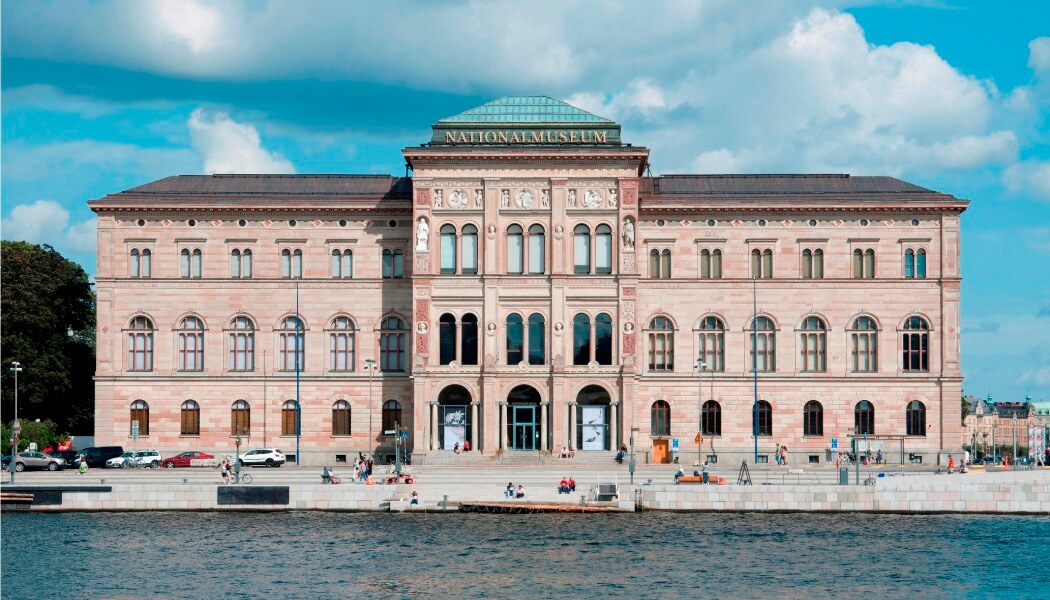 The Nationalmuseum is the Swedish Museum of Fine Arts and Design in Stockholm and has undergone its first comprehensive renovation and redevelopment in its history. When it reopens at the wekeend it will be free to the public

The Nationalmuseum in Stockholm is Sweden’s largest museum of art and design and its collections comprise more than 700,000 objects, paintings, sculpture, drawings and graphic art from the late Middle Ages up to the beginning of the 20th Century.

Built between 1844 and 1866, it was designed by German architect Friedrich August Stüler, who was also responsible for the Neues Museum in Berlin. The museum says that over the years, the building has been constantly repurposed and adapted to the museum’s changing and growing requirements with layers of modifications building up over many decades. However, they say it has never been thoroughly renovated and did not meet modern international standards in terms of safety, climate control, fire safety, working environment and logistics. 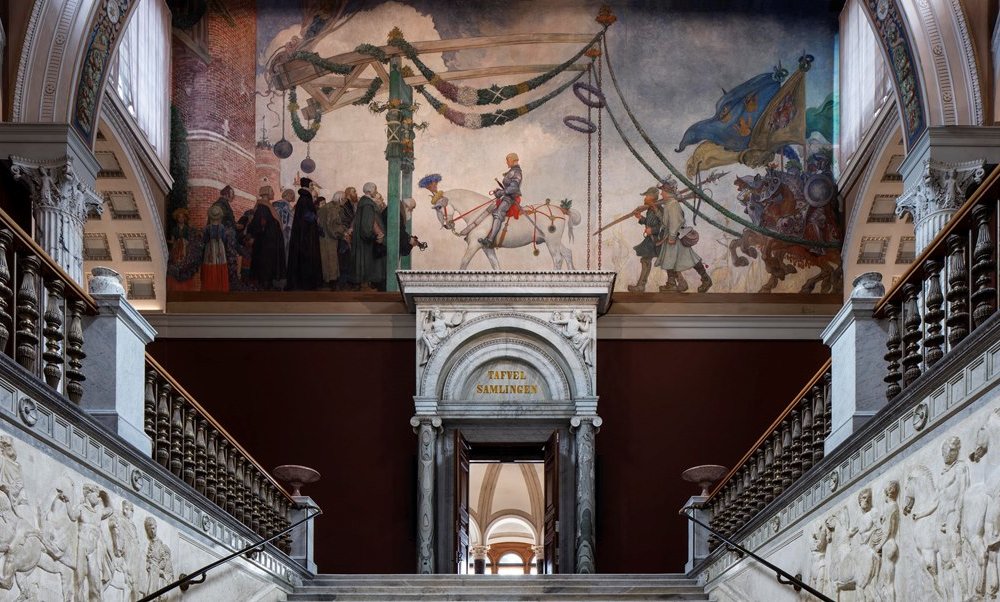 The magnificent main stairs at the Nationalmuseum. Photograph Courtesy of Bruno Ehrs

Now following renovation and redevelopment the museum offers larger display spaces across three floors that will showcase more than 5,000 artworks from the world class collection of paintings, sculpture, drawings, prints, portrait photography, ceramics and applied arts ranging from the 16th century to the present day.

A new sculpture courtyard, restaurant and creative workshops have also been added along with temporary exhibition spaces that will include a survey of work, the first in the Nordic region, by American artist John Singer Sargent. 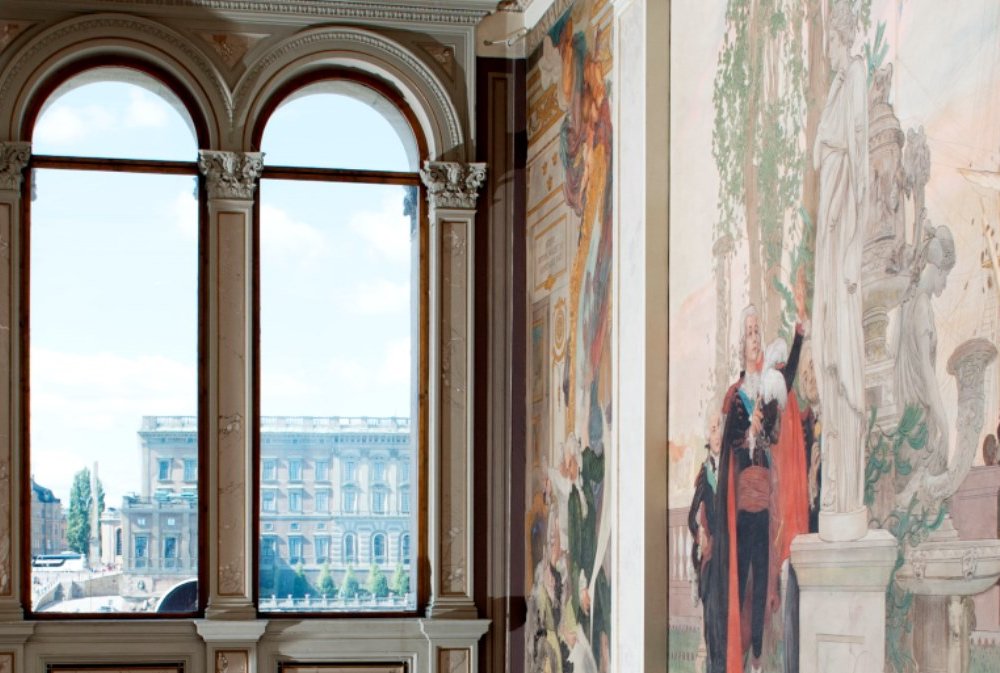 The visitor experience has been improved in many ways not least by the opening of more than 300 previously shuttered windows in the building. Photograph courtesy of Linn Ahlgren

“The renovation project by two leading Scandinavian architecture practices – Wingårdhs and Wikerstål Arkitekter – has created a modern, visitor-friendly museum environment better equipped for the display of art on both a large and a small scale while preserving the integrity of the museum’s architectural heritage,” said a museum statement. “The visitor experience has been improved by opening more than 300 windows in the building, the majority of which have been shuttered since the 1930s, to create light-filled spaces controlled by a new lighting system sensitive to changes in daylight.”

Two original courtyards have been reopened for public use, creating space for a striking new elevator tower to improve accessibility and a sculpture courtyard where visitors can enjoy works from the collection. The converted courtyards and entrance hall have been merged into one open, welcoming space and a new restaurant created by a team of more than 30 designers features original interiors, bespoke dinnerware and a menu by celebrity Swedish head chef Fredrik Eriksson. 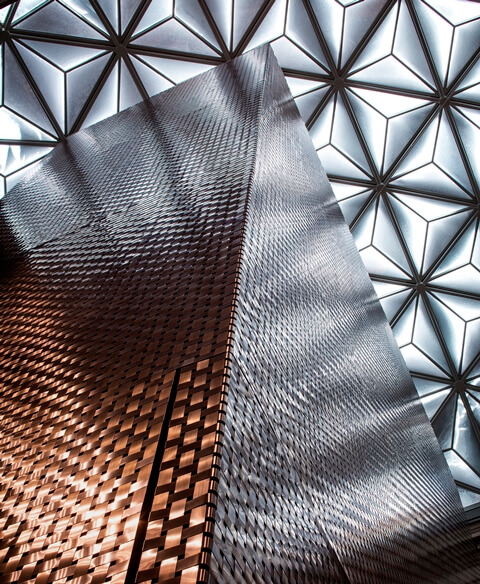 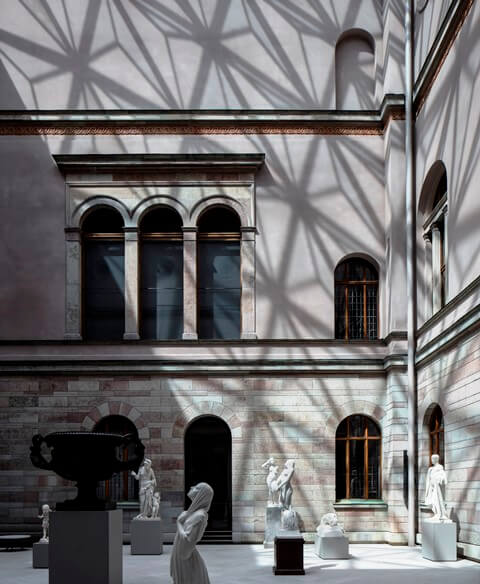 New York-based Joel Sanders Architect, together with two exhibition designers based in Sweden, Henrik Widenheim and Albert France-Lanord, have created an interior design to enhance the visitor experience of the art, including a new colour scheme that takes inspiration from the original 1866 designs.

As well as the increased display space, a ‘discreet’ new climate control system has been installed to enable the newly renovated Nationalmuseum to display more works. The main visitor route running in a two-story spiral through the museum presents the collection in an integrated, chronological way with masterpieces by Rembrandt, Renoir, Goya, Canaletto, and Leyster shown alongside prominent Nordic artists including Anders Zorn, Carl Larsson, Anna Boberg, Alexander Roslin and Christen Købke. Climate-sensitive works such as drawings and prints are displayed alongside applied art and design, tying together different art historical narratives.

The Nationalmuseum is a government authority that falls within the remit of the Swedish Ministry of Culture, which has a mission to ‘preserve the nation’s cultural heritage, provide knowledge and expertise, and to promote public access to art’.

The Workers’ Museum Copenhagen: a go-to place for learning and education