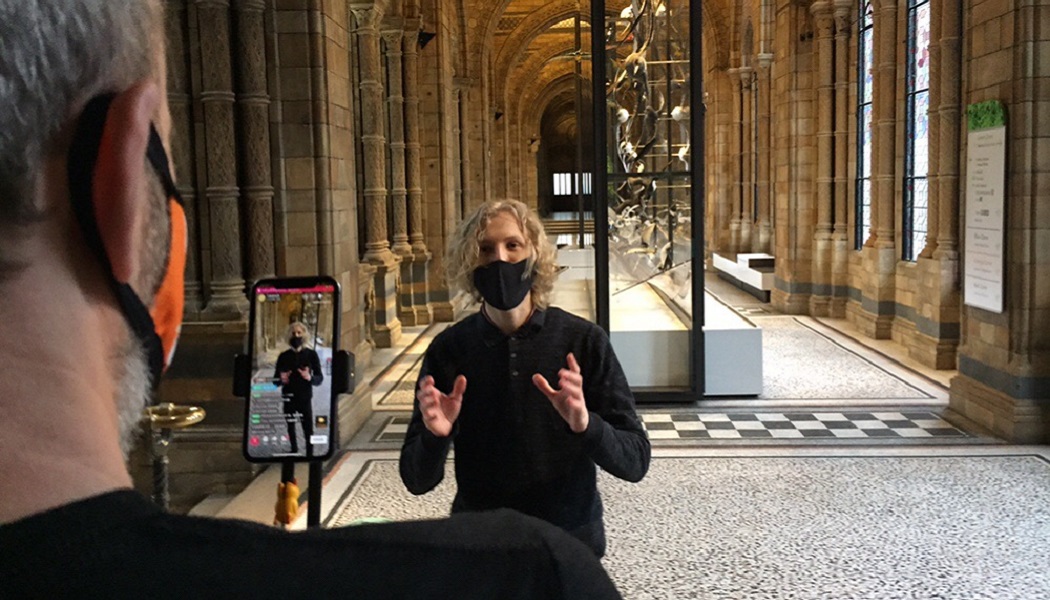 A two-hour livestream tour of the Natural History Museum, broadcast via Alibaba’s online travel platform Fliggy, has kickstarted a new partnership aiming to boost the institution’s engagement with audiences in China.

100,000 Chinese viewers joined the livestream within the first minute, as participants were shown exhibits that highlight the importance of biodiversity and the public’s role in maintaining it.

Hosted by two Natural History Museum science educators, the tour took the online audience to famous spaces – such as the Hintze Hall, home to the iconic Blue Whale skeleton – as well as areas off limits to the general public.

The institution’s senior curator, Jon Ablett, and executive director of science, Tim Littlewood, also spoke directly to viewers as part of the behind-the-scenes experience, before a Q&A session concluding proceedings.

“It’s been wonderful to reopen our doors, albeit virtually, to millions of people across China through our partnership with Fliggy,” says Brad Irwin, head of international partnerships at the Natural History Museum.

“Last year, the Museum made it its mission to create advocates for the planet. With the current travel restrictions, we believe livestreaming will play an important role in helping us continue to do this on a global scale.”

The Natural History Museum livestream is nothing new for Alibaba or the Chinese public, with the Fliggy Cloud Live Tourism Campaign – promoting interest in post-pandemic overseas travel among Chinese audiences – already in full swing.

“Livestreaming offers an entirely new perspective for Chinese consumers who are curious to explore what the UK has to offer,” according to David Lloyd, Alibaba Group’s general manager in the UK, Netherlands and Nordics.

“Instead of simply recording a video, livestreaming gives customers an opportunity to interact with the host and ask questions, all in real time.”

Lloyd adds that “while its application as a marketing tool is a relatively new phenomenon in Europe, in China it has become central to marketing everything from museums to beauty products”.