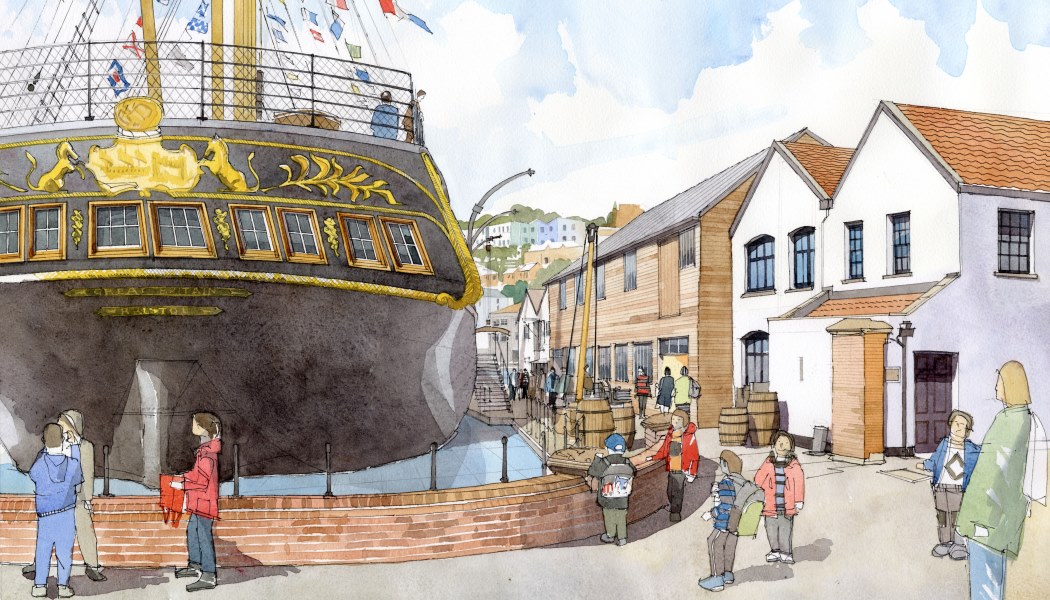 Being Brunel: the national Brunel museum project at the ss Great Britain is now fully funded thanks to a £620,000 government grant announced in the March budget and will support tourism and cultural activity in the South West

The centrepiece of Being Brunel will be a new museum and visitor experience that will become the national centre of expertise in the life and works of Isambard Kingdom Brunel when it opens in early 2018.

The new museum – an addition to the existing ss Great Britain – is expected to provide a huge boost to tourism in Bristol, where it already brings in around £9million of economic benefit into the city each year, and supports some 180 jobs.

Matthew Tanner, Chief Executive of the ss Great Britain Trust, said: “We are delighted with the news of funding and the national recognition for this important project. It is a fantastic boost for cultural tourism in the South West, with the new museum anticipated to drive an additional £1million plus each year into Bristol’s economy, following its opening in early 2018.  Thank you to everyone who has supported this project.”

How the new museum will look. CGI by Easy Tiger

Sally Balcombe, Chief Executive of VisitBritain and VisitEngland, said: “Britain’s heritage is a major draw for international visitors, with Brunel’s ss Great Britain already an iconic attraction. The addition of a new national museum celebrating one of the country’s greatest ever engineers will continue to put Bristol on the map globally, be a real boost for British tourism and, by driving more visitors to the region, a boost for the local economy.”

The £7.26million Being Brunel project has also received funding from the Heritage Lottery Fund as well as individuals, trusts, and businesses which have become members of The Being Brunel Corporate Club.