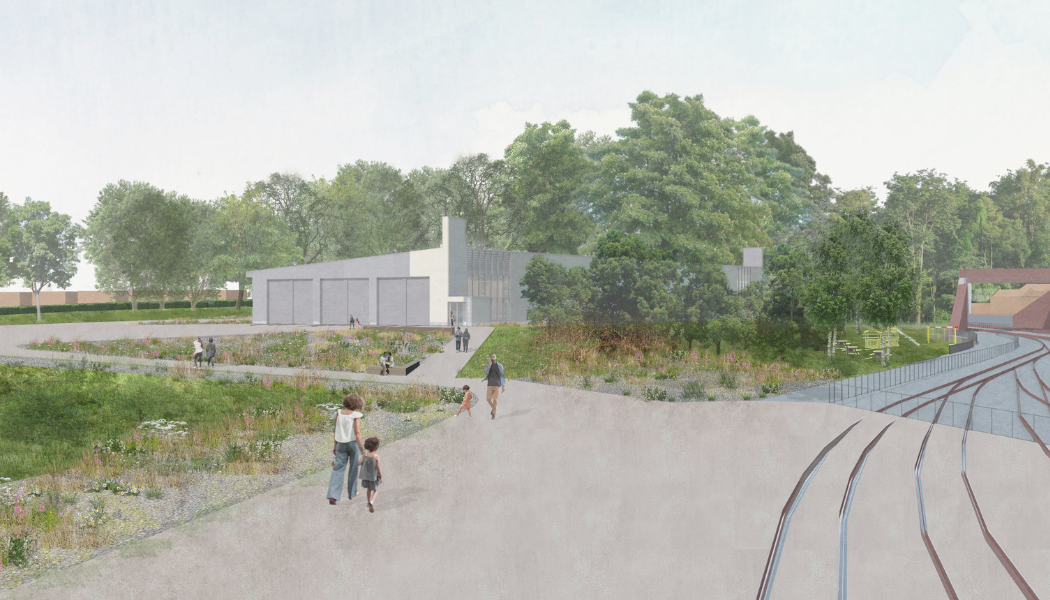 The new building, expected to open Autumn next year, is hoped to allow the museum to tell a more coherent story of the railway industry through the vehicles.

Plans for a new exhibition building at Locomotion, Shildon have today been approved by Durham County Council.

The building, which will be known as ‘New Hall’, will house up to 50 vehicles from the national collection and will mean that Locomotion will be home to what it claims is the largest undercover collection of heritage rail vehicles in the world. It is thought that the build could begin in October 2022 with the development taking around a year to complete. ‘New Hall’ is expected to open in Autumn 2023.

Locomotion is aiming to increase its visitor numbers by 50,000 people through the redevelopment and improvement of its site, and in doing so reaching 250,000 people per year. The new building is also hoped to allow for the telling of a more coherent story of the railway industry, from its earliest days in Shildon to the present day.

Situated on the former Ashfields site, it is expected that the building will open in Autumn 2023 in time to host part of the celebrations for the 100th birthday of the world-famous Flying Scotsman.

Sarah Price, Head of Locomotion, said the planning decision will allow Locomotion “to transform a disused piece of wasteland into a vibrant and inspiring new collection space for both our existing and new visitors.”

“This planning decision allows us to continue to be a central part of our community for years to come alongside ensuring that the new building can be open in time for the Stockton & Darlington Railway 200 celebrations in 2025.

Alongside the newly approved building, wider improvements and redevelopments will be taking place at Locomotion as part of the museum’s Vision 2025 plans. Gaunless Bridge, designed by railway pioneer George Stephenson, is one of the first iron railway bridges in the world and it will be moved from the National Railway Museum in York to its new home in Shildon.

Work has already been carried out on the historic railway buildings that Locomotion maintains to make them wind and watertight and plans are taking shape to look at how the buildings will now be used.

Further work is to take place on the Coal Drops with funds received from Durham County Council’s successful £20m Levelling Up Fund bid for the Bishop Auckland parliamentary constituency.

A tender process is currently ongoing to appoint a construction company to build ‘New Hall’, and once appointed, they will work with building designers AOC Architects and J+L Gibbons Landscape Architects to deliver the project.