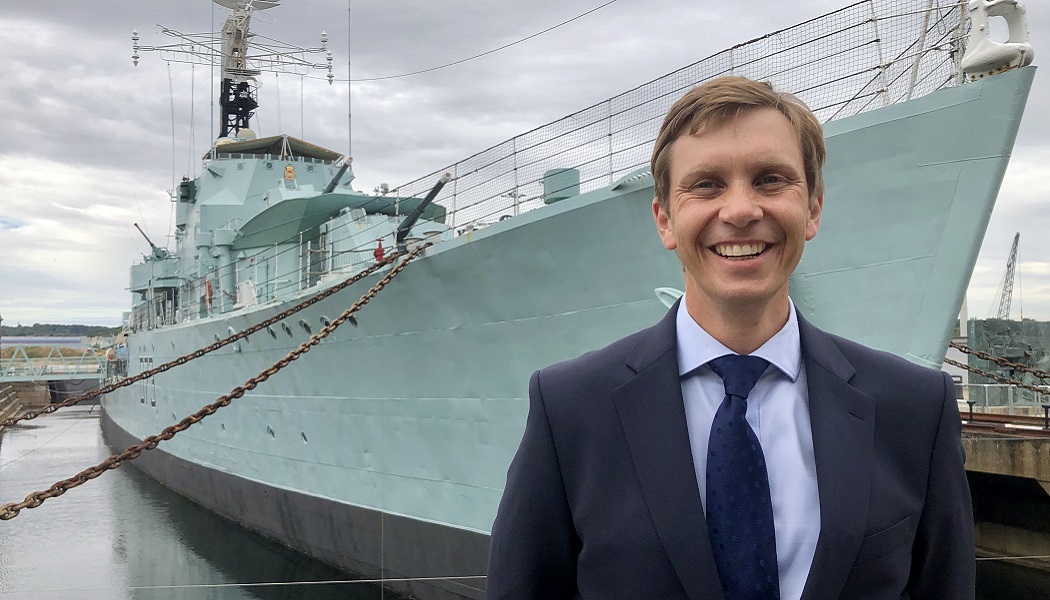 Chatham Historic Dockyard Trust has announced Richard Morsley as its new chief executive, with the handover from his predecessor set to take place at the end of the month.

Morsley succeeds Bill Ferris OBE DL, who has held the Trust’s top job since the turn of the millennium. Having most recently served the organisation as both special projects manager and assistant chief executive, the appointee is well-versed in the Dockyard’s operations.

Previous roles elsewhere have seen Morsley serve as director at Betteshanger Parks, deputy director at the Turner Contemporary and as a trustee of Open School East, Margate.

Despite his optimism at taking on the job, the new chief executive remains realistic about the challenge ahead. “Navigating the last four months of the unplanned Covid-19 crisis has been difficult and managing the long-term future of the Trust and The Historic Dockyard into a somewhat uncharted future will certainly be demanding,” he notes.

“The Historic Dockyard is a unique place; a world-class heritage environment and Museum, a thriving business community, place of learning and residential community. The strong business model developed over many years provides a great foundation to rebuild our ambitions. I am thrilled to be taking on the role of chief executive at such an important moment in this organisation’s development.”

Morsley possesses “exactly the right set of skills to see the Trust and The Historic Dockyard through the next stage of its journey as an exemplar of well managed heritage”, according to Admiral Sir Trevor Soar, the organisation’s chairman.

Soar has also placed on record his gratitude to outgoing chief executive Bill Ferris, noting that he “achieved much during his career and helped build the multi-award winning Trust we are so proud of today”. His ‘preservation through re-use’ strategy, the Admiral notes, delivered the Trust from being a “charity facing significant financial challenges to one in a more resilient position despite the impacts of Covid-19”.

After almost two decades at the Trust’s top table, Bill Ferris will retire on 31st August. Richard Morsley will officially take up the position the following day.

A-Hoy matey – is that secondary glazing we see?