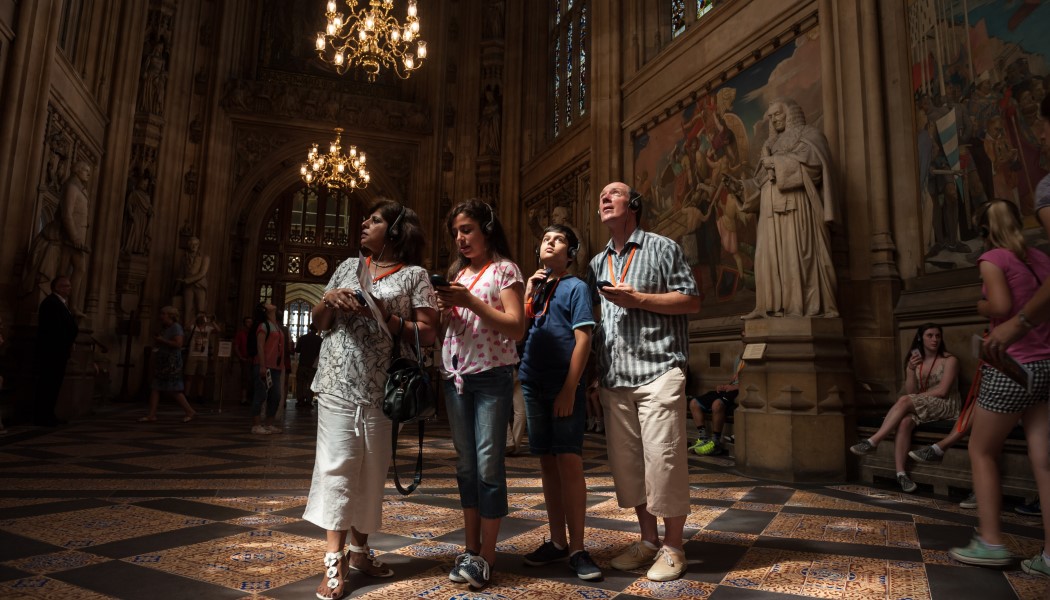 Main Image: Audio tours at the Houses of Parliament
Share

A report published today by the Heritage Lottery Fund (HLF) shows that overseas visitors to the UK’s cultural, historic and natural heritage attractions spend more than double per visit (an average of £560) compared with their domestic overnight counterparts (an average of £210 per trip)

Since the last time HLF carried out this analysis in 2013, total heritage visits have been stable but spending is up by nine per cent having been boosted by an 18 per cent increase in international visits.

Ros Kerslake, Chief Executive of HLF, said:  “Our previous research showed that heritage is a key motivating factor driving the UK’s tourism economy, particularly with overseas visitors; however these new figures reveal just how significant international tourists are to the UK’s economy – spending twice as much as their domestic counterparts.  It is therefore essential that the UK continues to champion our unique heritage in order to attract more visitors, both in the UK and further afield.”

The new report is the second follow-up to Investing in Success, HLF’s original report on heritage tourism published in 2010 in partnership with VisitBritain. The three reports analyse the impact of the heritage-based visitor economy and highlight the importance of continued investment from leisure, culture and heritage budgets in supporting UK tourism.

“The economic contribution which heritage makes to local, regional and national economies is, as these figures reveal, hugely significant,” said Bernard Donoghue, Association of Leading Visitor Attractions (ALVA). “Our heritage is a rich, valuable, every-delivering asset. Our living heritage is rightly valued for its cultural, educational, aesthetic and historical importance but we can now also clearly see that it is an economic driver for inbound tourism to the UK, as well as sustaining domestic tourism too.”

Other results from the research, which was produced by Oxford Economics on behalf of HLF, show that: