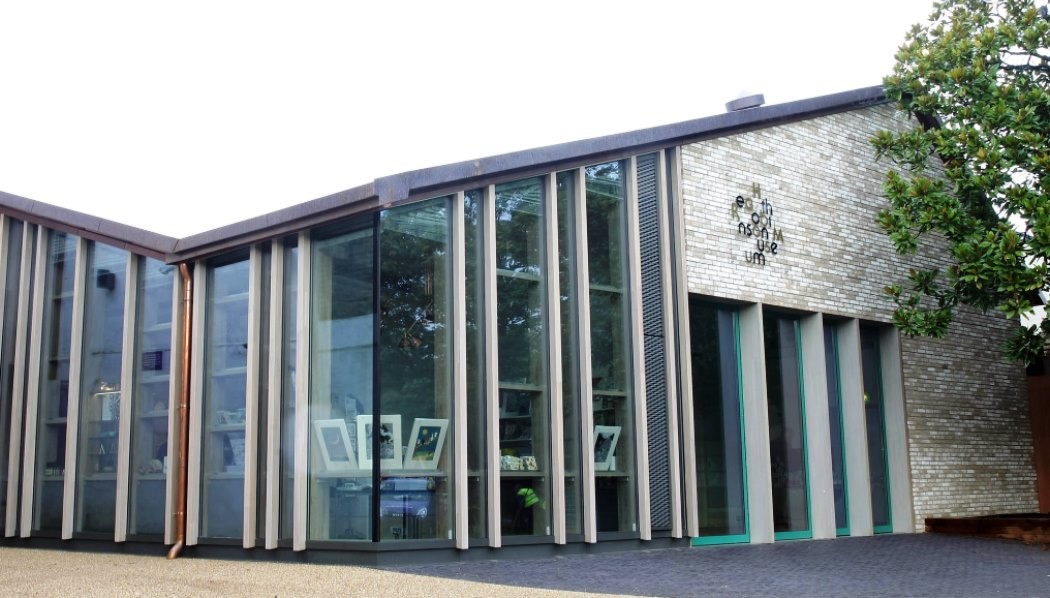 The Heath Robinson Museum celebrates the life and works of William Heath Robinson, acclaimed British illustrator, satirist and social historian, who lived in Pinner from 1908-18. The new building was made possible by years of fundraising and the support of a HLF grant of £1.3m and additional funds to meet the rising construction costs.

The first special exhibitions is Heath Robinson at War, running until January 8, which both marks the centenary of WWI – and in particular the Battle of the Somme – and also covers Robinson’s work during WWII.  The exhibition also includes letters from the front saying how much the troops appreciated Heath Robinson’s cartoons and making suggestions for others.

At the museum’s opening speakers included Stuart Hobley, Head of HLF London and Michael Rosen, writer, broadcaster and Professor of Children’s Literature at Goldsmith’s, University of London as well as trustees.

“Heath Robinson is an artist who helped several generations of us to look at how we co-exist with the buildings, machines, cities and wars that society has created,” said Hobley. “Through meticulous exaggeration he created thousands of mini-satires but because these are often called ‘cartoons’, he is often relegated to a status below that of fine art or serious art. He deserved better -much better -and this museum is a great opportunity for us to do that.” 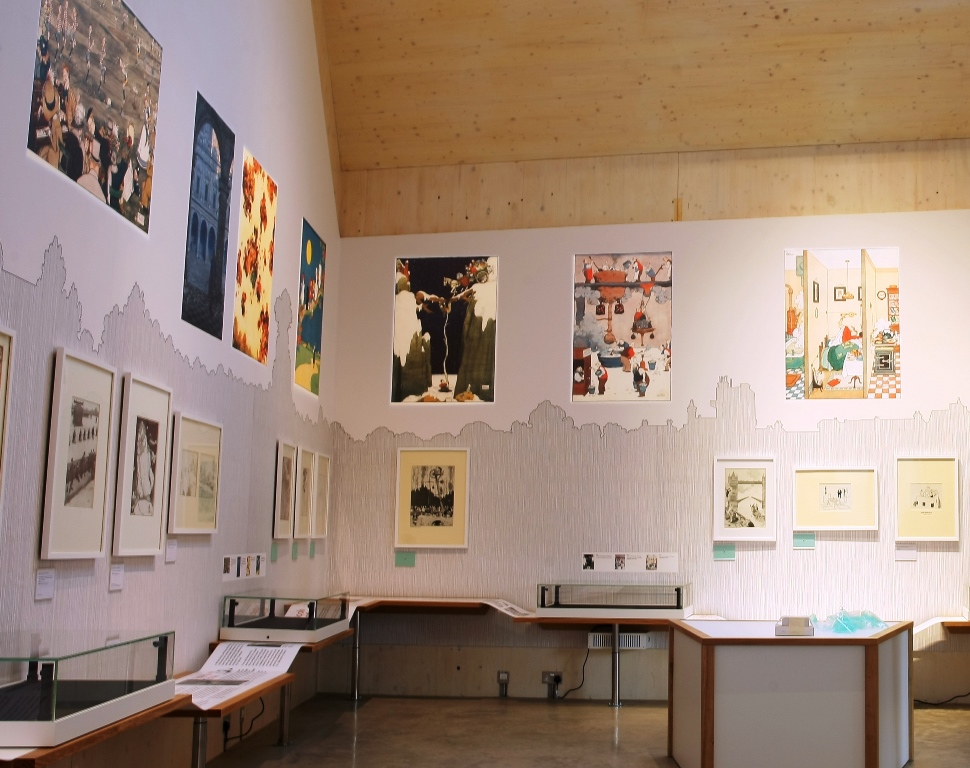 The permanent Heath Robinson gallery at the new museum. Photograph by Tom Fish

The museum has been almost a quarter of a century in the making, with West House and Heath Robinson Museum Trust forming in 1992 when Heath Robinson’s eldest daughter Joan died and her husband wanted the collection of her father’s work to be kept in public ownership.

At the time the collection included 500 original art works together with an archive of letters, association copies and special editions of the books that he illustrated, proof prints, advertising booklets and ephemera. Then last year the trust was given a boost when the National Heritage Memorial Fund and the Art Fund grant-aided them 400 additionally important works for the museum, bringing the collection to nearly 1,000. It is now the only substantial collection of the artist’s work in public ownership.

“The museum has exceeded our expectations in every way,” said Cynthia Wells, acting chairman of the West House and Heath Robinson Museum Trust. “The building itself is spectacular and while clearly new and modern looks as if it was always meant to be there in the park next to West House.”

Wells says this is the first purpose built museum to be built in Greater London for 40 years and has created an activity studio, which will provide facilities for schools, colleges and children of all ages with a comprehensive programme of formal and informal learning and activities.

“One of the most striking aspects of the museum is the Activity Studio which is glass-fronted, affording a wonderful view of the Memorial Park and lake,” said Wells. “The Studio will be used by children and families to have fun and do creative work inspired by the works of Heath Robinson under the guidance of the Museum’s Learning Officer.”

The Museum also has a shop selling Heath Robinson prints, cards and other products and a selection one-off items designed and handmade by local artisans.

“We hope visitors will enjoy their visit to our Museum and return often as the special exhibitions change. Our thanks go to the National Lottery players for helping to fund this long-awaited project, and the many local patrons, sponsors, supporters and volunteers who are central to the long-term success of the Museum.”

The museum has a dedicated set of volunteers numbering nearly 100, many from the surrounding area, which work in all areas of the museum and have been instrumental in its establishment.

Supporting the project’s development from the start has been ZMMA architects and exhibition designers, whose previous work has included the V&A’s Europe 1600-1850 Galleries and director Adam Zombory-Moldovan said the museum had been ‘a delight to design’.

Creative design consultancy Bright White, the team behind the Battle of Bannockburn’s immersive visitor experience,  were the exhibition designers for the Heath Robinson Gallery at the museum.  They were responsible for the design and delivery of the exhibition, working closely with the Heath Robinson Museums Trust to see it through to completion, including content development, graphic art working and implementation. They say the narrative is punctuated and evidenced by the unique object and artwork collection. “The collection contains a wide variety of sketches, ink drawings, prints, volumes and cards that are, for the first time, being placed together to tell his life story. We are delighted to have been a part of the development of this fantastic museum, which we hope will be a fitting and long-overdue celebration of Heath Robinson’s life and work.”

During the launch of the museum the trust have kept in the spirit of Heath Robinson artwork by stating that the museum is for just about everyone including: students of illustration, lovers of landscape paintings, dads building contraptions in sheds, believers in fairies, children with time to dream, couples stuck in tiny flats, people who put holes in cheese and anyone who’s ever held something together with a bit of string.

What a difference a year makes: ColliderCase, a revolution in display case technology