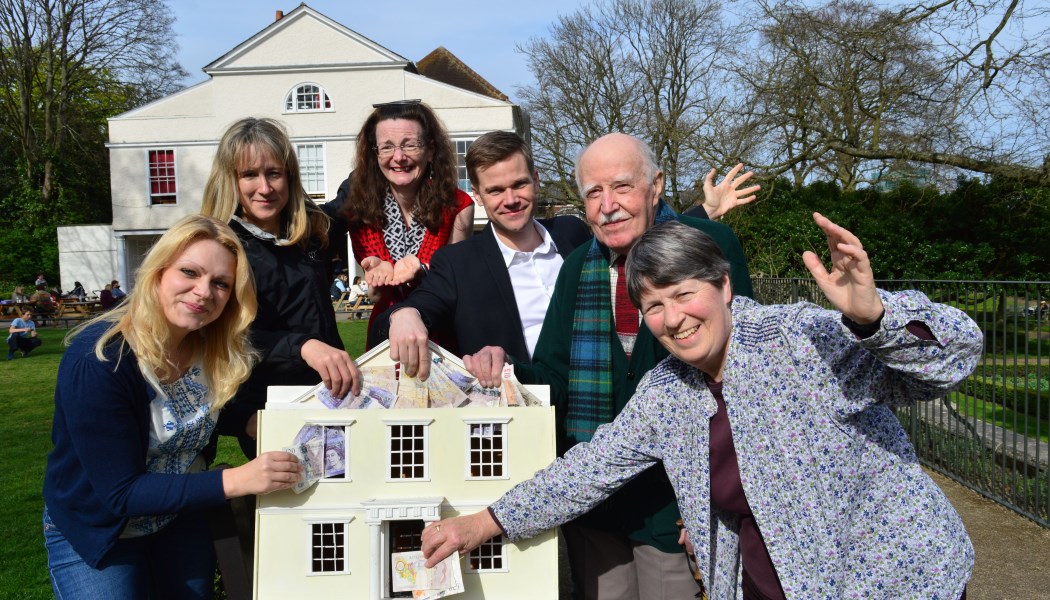 The initiative will see a series of specially selected crowdfunded projects be given up to £10,000 – or 25 per cent of their total target amount received in donations – in matched funding

HLF and ACE have launched a pilot scheme, outlined in the government’s Culture White Paper, in partnership with UK innovation foundation Nesta and the Department for Culture, Media and Sport (DCMS) that aims to benefit a variety of projects and also test the effectiveness of matched crowdfunding as an innovative way of funding arts and heritage projects.

Individuals and organisations with ideas for new projects in the arts and heritage sectors are encouraged to register their interest in an innovative new crowdfunding programme that will open on September 14 2016.

According to Nesta research, crowdfunding has grown exponentially in the UK in recent years, with the market now being worth nearly £400m a year. Matched crowdfunding is increasingly popular: a proportion of money pledged by the crowd is then matched by an organisation, but until now HLF said there has been little research into the relative advantages and disadvantages of this method of fundraising.

“We’re looking forward to seeing how this pilot crowdfunding programme can be used to increase grassroots support, with a range of heritage projects, large and small, using National Lottery money to boost the funds raised,” said Ros Kerslake, Chief Executive of HLF. “We’re hoping to see increased community involvement in local heritage, leading to greater volunteer commitment as well as more money raised, through the use of a wider range of fundraising tools.”

The campaigns break down into two key sectors:

“UK arts and heritage are admired around the world. Continued public funding and private investment has a vital role to play in ensuring these sectors continue to thrive,” said Minister of State for Digital and Culture Matt Hancock. “I’m delighted that this innovative crowdfunding pilot will explore exciting new ways to support private investment and develop sustainable fundraising models across the country.”

Crowdfunder, the UK crowdfunding platform, will be launching dedicated arts and heritage campaigns as a part of the programme and the platform will also manage the distribution of the partner funds into eligible projects.

Last year arts centre and heritage attraction, Lauderdale House in North London used Crowdfunder as part of its fundraising campaign to refurbish the 16th century former Lord Mayor of London’s dwellings. The team set an ambitious £110,000 target with the aim of completing a gallery and over 55 days raised £10,765 online and a further £12,561 through direct donations including cheques.

“We used Crowdfunder to generate publicity and PR and found people had heard of it and it gave a boost to our fundraising and made it more newsworthy – featuring on the front page of the local newspaper,” said director Katherine Ives. “There are quite a lot of people who did not want to go online – our local demographic is quite old with some techie and others not. However, we managed to raise a further £12,000 from direct donations specifically linked to the Crowdfunder campaign.”

The Crowdfunder campaign was one of many fundraising initiatives that Lauderdale House organised over the past three years that have helped raise £2,168,000, including grants from HLF and Camden Council. The planning for Lauderdale House’s Crowdfunder campaign began in January 2015 and was launched in March and concluded in the April. “Crowdfunder is not a magic wand,” says Ives. “You have to get yourself in a position to do lots of social media and other promotional work – you cannot just put it up and hope for the best.”

Although the campaign did not reach its target it brought in much-needed funds for the project and Ives said it was all about constantly creating  awareness. She said that Crowdfunder brought the project back into people’s minds and if she were to do it again she would give the campaign more lead in time and also try to provide more dedicated time to manage it.

“In all honesty we weren’t sure what to expect, £5,000 or £50,000, which is why we set a high target on the off chance we might stumble across someone who wanted to make a serious donation in return for naming rights. So, raising more than £20,000 felt like a real achievement.”

The Lauderdale Transformed project, which has preserve the house’s history dating back to 1582, created more space for art, music and entertainment and provided for its long-term financial future, is set to be completed in November with an official re-opening in February 2017.

Organisations or individuals with proposals for projects under the new crowdfunding pilot scheme, to be submitted to one of the funding streams, should submit their ideas here.

Lauderdale House in North London used Crowdfunder last year as part of their fundraising campaign to refurbish the 16th century property that doubles up as an arts centre and heritage attraction. Photograph by Polly Hancock