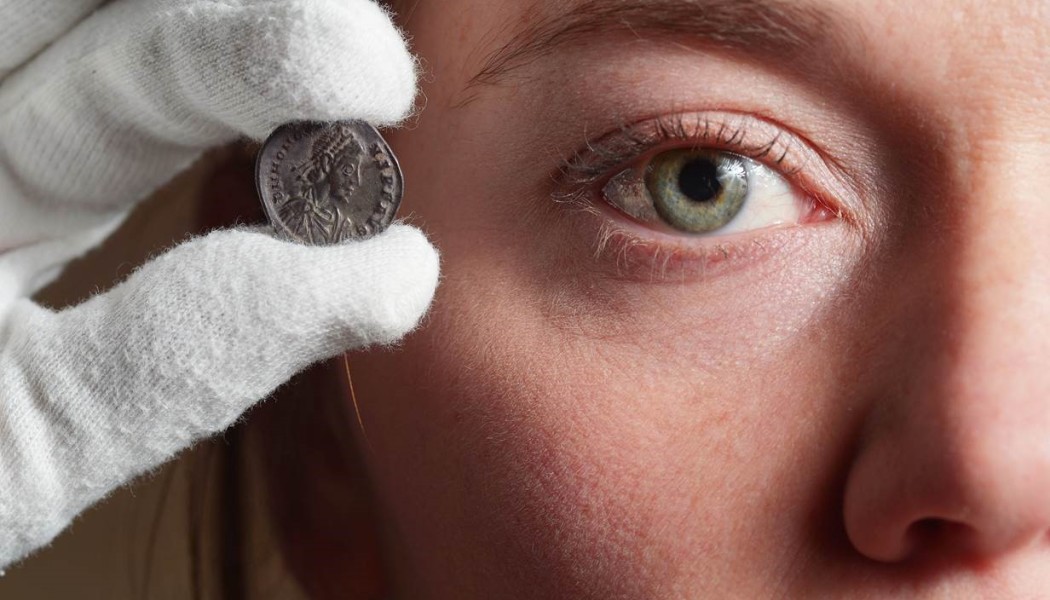 Archaeologists from National Museums Scotland and the University of Aberdeen’s Northern Picts project have unearthed a hoard of Late Roman and Pictish silver, including 100 coins and jewellery, buried in a field in Aberdeenshire.

Experts at National Museums Scotland will now embark on a programme of research involving detailed analysis, description and cataloguing of the hoard. The work will be made possible through The Glenmorangie Research Project.

The Glenmorangie Company has today announced a further three-year sponsorship of National Museums Scotland to support the study and understanding of Early Medieval Scotland (300-900AD). 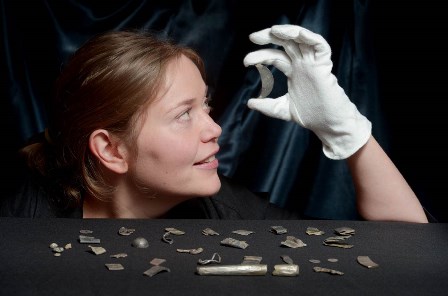 The Glenmorangie Research Project will enable further investigation into the importance of silver, from the very earliest appearance in Scotland during Roman times, to its use in decorating later high status silver objects.

This new find is a significant addition to the story of early Scottish silver. The breadth of National Museums Scotland’s collections, with the support of The Glenmorangie Company, puts National Museums in a unique position to explore how silver, as a new and exotic material, quickly became the most prestigious material for displaying power in Early Medieval Scotland.

“We are delighted that The Glenmorangie Company’s continued support will enable us to thoroughly research this exciting new find of Late Roman and Pictish silver, discovered through our work with the University of Aberdeen,” said Dr Martin Goldberg, Senior Curator, Early Historic collections, National Museums Scotland.

“The research project will enable us to shed new light on the interaction between the Picts and the Late Roman world and reconsider what some older finds in our collection can tell us about Early Medieval Scotland.”

The Project will also fund a new post, The Glenmorangie Research Fellow and National Museums Scotland has appointed Alice Blackwell to be the research fellow.

Blackwell, who holds a masters degree in archaeology from the University of Glasgow, will lead the research project, focussing on the magnificent silver of the Late Roman and Early Medieval period.

Elements of the hoard will be on display for the first time at King’s Museum, University of Aberdeen from 20 January to 31 May 2015.