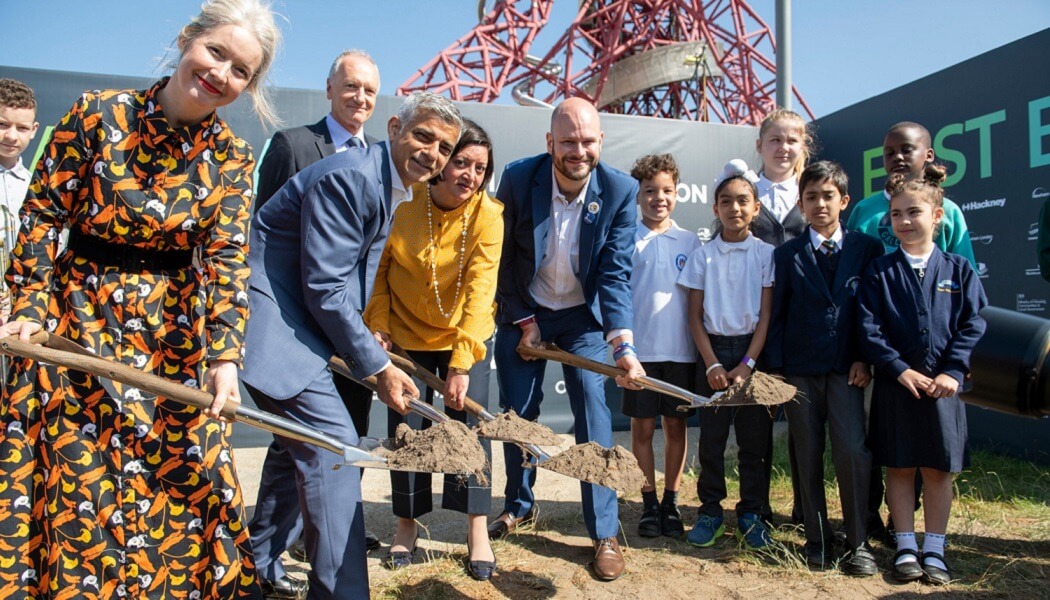 Mayor of London, Sadiq Khan, has broken ground on a project to develop a £1.1 billion ‘Culture Powerhouse’ in the city’s Olympic park.

Khan’s office is describing the scheme as the “most significant single investment in London’s culture since the legacy of the 1851 Great Exhibition.”

Work is now underway on East Bank, an area which will be devoted to promoting culture, education, innovation and growth in east London. The infrastructure necessary to deliver the Mayor’s vision will now be constructed within the Queen Elizabeth Olympic Park, built for the 2012 Olympic and Paralympic games.

Sadiq Khan says he believes the initiative will “inspire a whole new generation of Londoners to pursue their creative ambitions,” adding that the East bank project will “bring together world-leading cultural and educational institutions to give young Londoners the chance to explore career opportunities, create jobs for local people and provide an economic boost for the capital.”

The Mayor’s Office says the scheme will provide around 2,500 jobs for local people, attract visitors from around the world and bring more than 10,000 students to the site. All this, it is claimed, will deliver a £1.5 billion boost to the economy.

Funding for the East Bank project is coming from a range of local and international sources, with Westfield Stratford City providing £10 million and the City of London Corporation pledging £1 million to facilitate Foundation for Future London providing more arts and education programmes in east London.

Additionally, the project is receiving £385 million in funding from the Mayor of London and £151m funding from central government. Work will be completed in separate phases, with Sadler’s Wells, UCL and UAL’s London College of Fashion opening their buildings first in 2022, and then BBC, V&A and UCL’s second building on their UCL East campus the following year.

Creating opportunities for young Londoners is described by the Mayor’s Office as an “integral part of the project”.

To date, over 125,000 people are said to have attended or participated in a range of arts and cultural events, summer schools and workshops connected to the East Bank initiative. One such project is STEP, offering young east Londoners the chance to undertake a 12-month paid internship programme at organisations including those partnering on the ‘Culture Powerhouse’.

East Bank will not solely be about building new facilities, and will look to extend existing creative arrangements in the area with organisations such as East London Dance, Theatre Royal Stratford East and Studio Wayne McGregor.

Sharing his excitement at the project having broken ground, Tim Reeve, Deputy Director and Chief Operating Officer at the V&A, described the V&A East as “one of the most significant moments in the history of the V&A,” before stating that the East Bank scheme will provide the opportunity to “revolutionise both access to our collections, and the breadth of experiences we can offer visitors.”